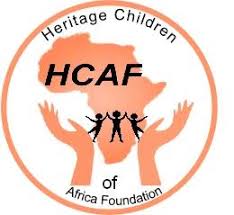 A non-profit organisation, Heritage Children Foundation Africa (HCFA), has offered relief materials to 100 families and over a hundred children of Oduduwa Community in Ajegunle area of Lagos State in the spirit of yuletide.

The exercise, which began in the early hours of yesterday, continued with a children’s party through the day. The joy of parents knew no bounds as they queued up to receive food items such as rice, vegetable oil, noodles, frozen chicken and other condiments for food preparation all given at no cost by the foundation.

While speaking with THISDAY, founder of the organisation Mrs. Bukky Asafa, said the vision of the organisation was to reach out and support underprivileged members of the society on a monthly basis as opposed to just Christmas, Children’s Day and other publicly set aside days.

She added that while the dream for the long term was to sustain a regular support programme for the less privileged, the burden of providing for the family reached its crucible in the yuletide when prices of goods skyrocket.

“During the yuletide, there are families that don’t have money to buy good meals. That’s why we started the feeding programme which has been running for the last seven years,” she said.

The foundation, which was born out of Asafa’s desire to help children who she considered to be vulnerable, has metamorphosed through the years to a charity and educational support service.

“When we started in 2010, I just wanted to help less privileged children and neglected children because I have a soft spot for children. I did not know the way and manner to go about it. So, I started a children foundation. We started first by taking care of children in hospitals who could not afford to pay their medical bills. Unfortunately, sometimes we raised money and in the end lose the children. It was emotionally demanding for us, so we moved to a feeding programme.

“Nigerians are compassionate people. When they know that one is truly doing something, they support it and so far we have received sponsorship according to what we need as we are a small foundation. The idea is to give at least a hundred families a healthy package for Christmas. There is oil, rice, frozen chicken, all of which is to put a smile on the faces of the people,” she added.

Meanwhile, a beneficiary of the programme has expressed he gratitude over the gift items she received. “My name is Rebecca Friday Ayara. The auntie from my children’s school informed me about the children’s party. I came from a long distance to check if the programme will hold. They give me rice and soap, soft drink and groundnut oil. I did not even expect it. I am very happy. God bless Heritage Foundation,” she said.