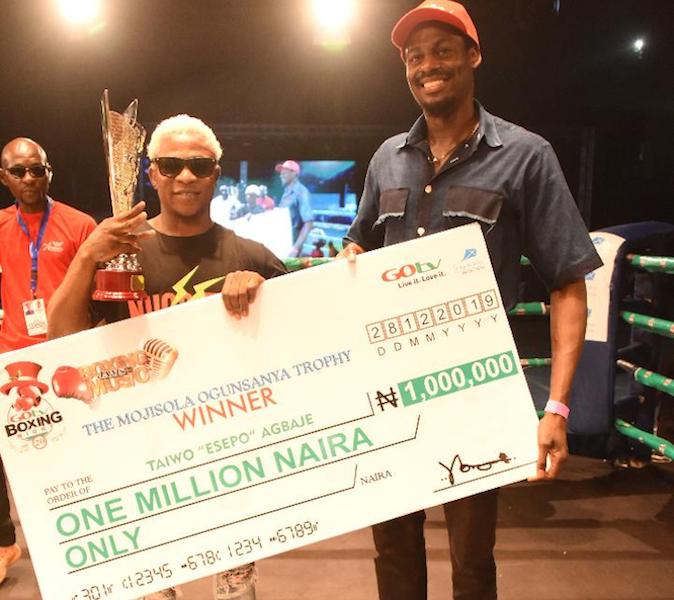 National featherweight champion, Taiwo “Esepo” Agbaje, at the weekend emerged the best boxer at the GOtv Boxing Night 20 to win the Mojisola Ogunsanya Memorial Trophy and the N1 million cash prize attached to it.

Agbaje knocked out Olusegun “Embargo” Moses in a national featherweight challenge duel which held at the Tafawa Balewa Square, Lagos.

The champion’s rapid, all-action style saw him knockout his opponent in the first round and win the votes of journalists at the event as the best boxer to the delight of the capacity crowd.

Ehwariemi secured the title after his combination of vicious blows knocked out Baracamonte in the first round of the 12-round fight.

Rilwan “Real One” Oladosu of Nigeria retained his West African Boxing Union (WABU) title after he secured a unanimous decision victory over Eric Quarm of Ghana in a lightweight title contest. Oladosu dominated the bout from the start to the end, giving his Ghanaian opponent no chance to create an upset.

Another entertaining contest saw Nigeria’s Rilwan “Baby Face” Babatunde defeat Sanitor Agbenyo of Ghana and retain his WABU welterweight title. The firepower of the undefeated Babatunde was too much for Agbenyo, who got knocked out in the fourth round.

In another action-packed contest, Segun “Success” Olanrewaju secured a surprise victory after he knocked out reigning national champion, Adewale “Masevex” Masebinu, in the third round of a national light heavyweight challenge duel.

In other bouts, Sikiru “Omo Iya Eleja” Shogbesan created a massive upset after he defeated his more experienced opponent, Ridwan “Scorpion” Oyekola, via a split decision in a national super featherweight challenge duel, Opeyemi “Sense” Adeyemi enhanced his soaring reputation in the local boxing scene after he left his opponent, Ajibola “Jah” Adeniran, dazed on the canvass in the second round of their national super bantamweight challenge contest, while Alaba “Elbow” Omotola, best boxer at GOtv Boxing NextGen 5, won the battle of debutants as he secured a unanimous decision win over Bolaji “fight to Finish” Abdullahi in a national lightweight challenge contest.

It was a thriller in the all-female contest as Cynthia “Omo Bobby” Ogunsemilore continued her winning streak after securing a unanimous decision victory over Aminat “Smart” Yekini in a national super featherweight challenge duel.

There were also spectacular musical performances on the night from some of Nigeria’s biggest music stars: Zlatan, Mayorkun and Oritsefemi, as well as a lively displays from T Classic, Fuji star, Sule Alao Malaika; and MyFLloyd. 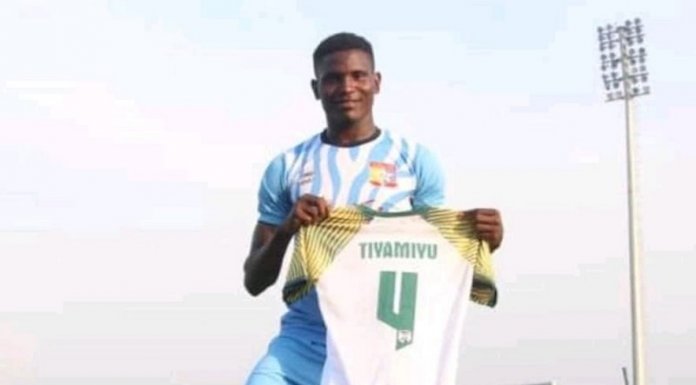