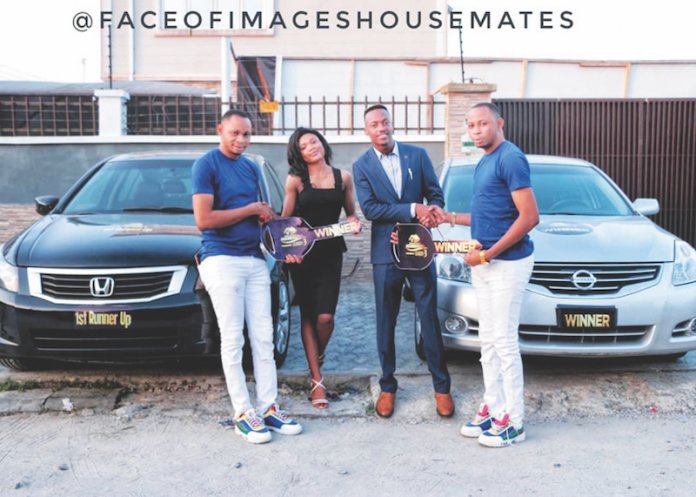 A song writer and singer, Emy Paulinus, a.k.a Emy P, has won the 2019 edition of Face of Images Television Reality Show.

Also, Blessing Oyetunde, aka Stephanie, emerged first runner up; Sunday Magaret, a.k.a Maggie, went home with the 2nd runner up prize and Dorathy Rex, aka Dorex, was crowned third runner up.

Emy P outsmarted 20 other contestants to win the grand prize, including a brand new car. The contestants were selected at the auditions held in Lagos, Calabar, Port Harcourt, Abuja and Owerri.

Reacting to his victory, Paulinus said he didn’t think he would take the grand prize but he was sure of his qualities.

The organisers, twin brothers, Emmanuel and Joseph Etim, said the bar was raised this year so that more young people could get the opportunity to pursue their dreams in the entertainment industry.

“The contestants were camped in a house for 20 days where they engaged on various modelling and entertainment tasks and challenges.

“The show is geared towards giving the Nigerian youths the opportunity to showcase their talents to the world.

Face Of Images Reality TV show is a platform, which we use to mentor and showcase models. We also connect them to some corporate brands for endorsement deals,” Joseph Etim said.