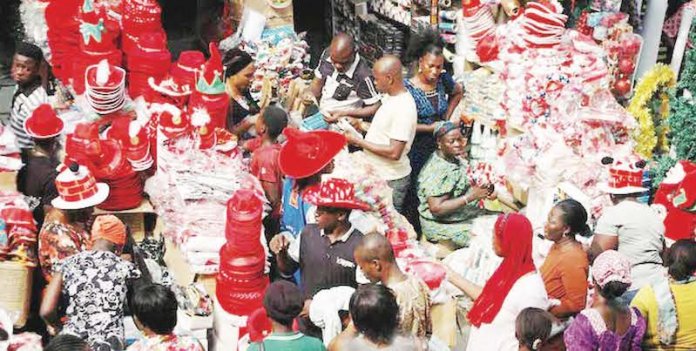 Though it is 10 years ago that she passed on, the memories of Ms Jolly Nwapa, my mother, come even strongly at a season like this. My mother had always made our Christmas celebration special and colourful, filled with radiance and colours. Ten years after, the memory sticks and yearns for celebration.

I cannot forget how, in those days, she would travel with me to many African countries like Senegal, Gambia, Cote d’Ivoire. Most of those trips were by road, so I could see the countryside of those nations. She knew the various Nigerian ambassadors in those countries, and so, we were often given privileged reception, wherever we went.

Jolly Nwapa had a special aura and a diplomatic charm that earned her a good reckoning, and I savoured those special treatments. She had worked there till 1998 after growing to become the only female executive director, among the key female players like Mrs Nneka Okeke, Mrs Bimbo Martins (nee Bode Thomas), Mrs Stella Aderemi etc. Mum became the only female that rose up to the level of an executive director in the history of that Marketing Research Company.

Given her experience in the public service, she soon left and set up her own company.

In a modest way, the success she recorded was phenomenal. It grew further because she ploughed in lots of zeal and commitment in the pursuit of her company’s goals. Mum was a workaholic.

For one whose eyes were constantly on the top, mum soon went back to school, this time, to Open University where she earned a post graduate diploma in marketing and later a Master’s degree in the same field.

But her story generally is that of one who strove to climb to the top. Hers was not exactly the narrative of one born with silver spoon. Though from a royal background, Jolly Nwapa’s climb to the top suffered sundry punctuations, first of which was the Nigerian civil war which disrupted her secondary education then at Queen’s College, Enugu. That made her to obtain her GCE O’Level in 1970, instead of 1967. She soon found her way to Canada to further her education. There, she studied International Business Administration.

When she returned to Nigeria, she joined the then famous Research International Nigeria Limited owned by UAC in December 1979. Yet driving her business frontiers, my mother went on to publish Endeavour and Celebrity Magazine based on research and marketing trends, which also thrived and opened up more contacts for her.

But by 2003, mum took ill and based on doctor’s advice, she had to stop working. But the magazine managed to keep running till death eventually struck in 2009.

As her only child, I look back with nostalgia, remembering how mum was such a loving mother, striving to offer me the best she could afford. I cannot forget those road trips, and her air trips to United States of America, Canada, UK, etc.

She visited over 19 countries around the world. Even more intriguing are the warm receptions and lavish treatments she got from several Consular offices across the world. I still shudder about her network of contacts.

She was loving but firm. As the only child, our bond was understandably strong. And that was why at her passage, 10 years ago, it seemed the world had or would stop for me. But 10 years after, I am yet striving to keep afloat. As an African, I believe she has been remotely fixing something for me, even from above.

I can only wish mum continued peaceful rest in the Lord, as we carry on with the struggle of life on this other life’s divide.