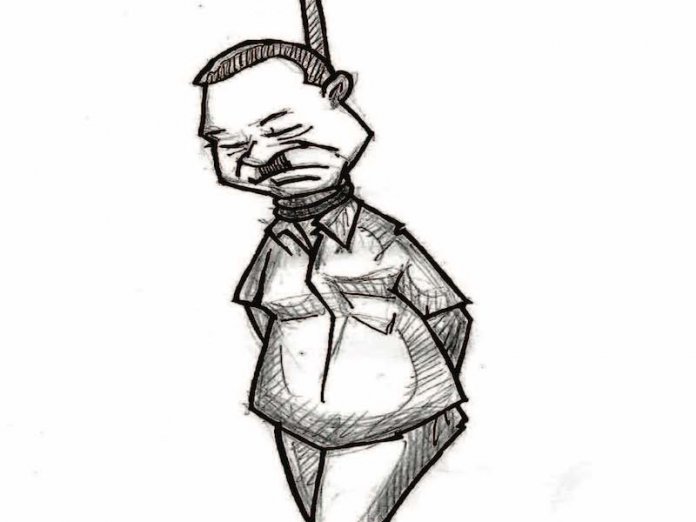 Discourage suicide, encourage life, death is certain! When the mind suffers disability, humanity is at risk. To me, suicide is a challenge of “functional disorder”. And for those of us who are fortunate to live with a healthy mind, we have the collective responsibility of discouraging persons whose minds have been clothed with the conscious ignorance of committing suicide. Don’t we think the trouble beclouding our native African climes, (especially terrorisms and assassinations) in recent times is enough to drive away any form of life-butchering? Don’t we think it is entirely absurd to refuse living life when life itself is ever beckoning for a living? So, without any adumbration, let us inexorably stir our thoughts on those questions and see the need to give our lives a deserving self-salvation, since life has not been, is not and will never be a commoditized prop.

Our recent world itself is very radical and sophisticated – that, we know! The commoners especially, would find it so difficult to survive in such ambience. But does it amount to suicide? Albeit in rare cases, our other classmates, (those at the ‘enjoy’ of superior intellectual, social and economic status), due to some emotional and psychological aftermaths of devouring our national ‘interests’, also attempt suicide, maybe as a way of escape. How about the extreme pains incurred in the process? We now see, there is no way out, other than living aright. In an attempt to reinforce with a buttress, my earlier claim, that ‘suicide is a challenge of functional disorder’, there are no anatomical or physiological, let alone medical therapeutic measures to ‘put behind bars’, the disability of the human mind than constant awareness and frequent rebuke of this devilish and diabolic anomaly, which has enwrapped our ill-minded brothers more rampantly in Nigeria than anywhere else.

I call it ‘conscious ignorance’ because most suicidal victims offer warning signals of their intentions. At this point, one could wonder what these signs look like! They come in the form of killing talking, dying writing, alcohol dependence and mood disorders such as depression, weeping and lamenting. This is why we all (especially those in the word industry) are duty-bound of staying alert to these signs, and knowing how to quickly respond to them. The word is everything in the world. It can cure, revive, prevent and as well kill and distort. The word is everything human.

However, more subtle but equally dangerous warning signals of suicide are hopelessness, restlessness and helplessness. To this end, we must activate our sensitivity to such circumstances as goodbye-relating expressions, i.e, frequent bidding of goodbyes as though they won’t meet again; self-destructive behaviours like reckless driving, incessant drug use and unusual unsafe sexual involvements; unfathomable house-putting-in-order situations like making out a ‘will’ and dashing away prized possessions; self-hatred like feelings of shame, guilt and worthlessness; and lastly, lethal means seeking like craving for knives, guns, ropes and other suicide ‘apparels’. Let’s say no to it, suicide is diabolic, suicide is devilish, suicide is unholy, discourage suicide, encourage life, death is certain!