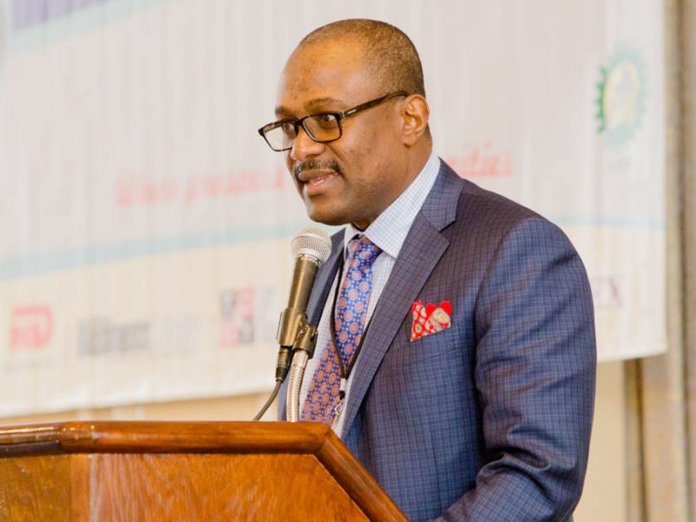 The Nigerian National Petroleum Corporation (NNPC) and shareholders of the Nigeria LNG Limited which include Shell, Total and Eni on Friday announced the Final Investment Decision for the take-off of Train 7 Project of the NLNG.

The Train 7 project, which would deliver a significant local content in construction, production of cables, welding, valves, scaffolding, furniture, painting and medical, is expected to generate about 12,000 jobs.

The project follows a string of value adding decisions made under the current Group Managing Director of NNPC, Mele Kyari whose leadership has focused on repositioning the oil and gas industry articulated in the TAPE Agenda of Transparency and Accountability AND Performance Excellence.

The NLNG Train 7 which was signed in the presence of the shareholders will re-awaken activities in the nation’s oil and gas sector after years of inactivity due to project dryness.

The shareholders of the Nigeria LNG Limited include the NNPC, which holds 49 per cent shares on behalf of the federal government; Shell Gas B.V (SGBV), 25.6 per cent; Total Gaz Electricite Holdings France, 15 per cent stake; and Eni International (N.A) N.V.S.a.r.l, with 10.4 per cent stake.

However, with this development, companies and workers will be deployed to site to deliver the project that has been adjudged highly significant to the country’s status as a major player in the global gas market as well as to the economic development of the nation.

Earlier in March, the federal government and the shareholders had signed the Nigerian Content Plan (NCP) worth $1 billion to facilitate the actualisation of the project.

Stakeholders and industry operators have been longing for the commencement of activities in the train 7 to enable Nigeria begin reaping its short and long term benefits.

According to the Managing Director of NLNG Limited, Mr. Tony Attah, “train 7 is the next big deal for Nigeria. Train 7 is real; Train 7 is here. If you come to Bonny Island today, you will see that early site work has commenced and we are 97 per cent prepared, just waiting to take that Final Investment Decision (FID).”

He added: “We co-created the Nigerian Content Plan, working in harmony with the agency just to understand the interpretation of the law and then co-creating how we comply. Overall, it’s all about consolidation and co-creating the future. I am proud to say in March 2019, we signed off the Nigerian Content Plan for Train 7 project, delivering 100 per cent Nigerian content in construction, production of cables, welding, valves, scaffolding, furniture, painting and medical. It is going to be 55 per cent of in-country engineering and procurement man-hours.”

Attah noted that the project will generate over 12, 000 direct jobs during construction phase and in the upstream industry, with multiple spin-off effects in other sectors of the economy, increasing the number of jobs that will be generated over a six-year project window.

He stated further that the project will help reduce restiveness in the Niger-Delta region by providing jobs, calling for more projects in Nigeria to change the socio-economic narrative in the country.

While making a case for gas development in Nigeria, Attah said: “we believe the future is gas; we believe the future is bright for Nigeria. We are a gas country with some oil because in reality, we have more gas. With the energy transition, gas will play more actively and that is why we say let’s focus on gas. But the question is how focused is Nigeria on gas?”

On his part, the Executive Secretary of the Nigerian Content Development and Monitoring Board (NCDMB), Mr. Simbi Wabote, said the train 7 project will generate more revenue to the federal government while also creating about 10, 000 direct and almost 40,000 indirect jobs in the country.

He said: To the Nigerian economy, as you are aware, it will bring more revenue to the country; more taxes would be paid and, to the economy, it means a lot.

“To Nigerians, it also means a lot. It means creation of jobs. As you have heard, we will have about 10,000 direct jobs that will be created as a result of the Train 7 project. What that translates to is almost 40,000 indirect jobs that would be created.”

Wabote added that the Train 7 will rejuvenate the economy, saying that, a lot of upstream projects would also come up as a result of the project.

According to him, a lot would be expected in terms of activities in the economy, employment, revenue generation and ending restiveness in the Niger Delta.

Answering question on what today’s event mean to NNPC and Nigeria, the GMD indicated that today’s FID ceremony is a monumental accomplishment as it signifies a further demonstration of the restored and growing confidence of international oil companies of global repute in the Nigeria’s petroleum Space;

“Secondly, and clearly, this is the result of the strong and focused leadership of His Excellency President Buhari toward the deepening and expansion of oil and gas revenues needed for national development and Growth .

“Thirdly, for us in NNPC, today’s FID is the modest result of our focus and consistent commitment toward ensuring that we deliver on our promise to Nigerians as articulated in our TAPE Agenda of enhanced transparency and Accountability, as well as performance excellence.

He said Nigerians should continue to expect more of “value adding decisions” from the NNPC, pointing out that “ just last week we signed the agreement with Chevron on long dispute on EGTL in order to pave ways for further investment which we lead to increase in country gas monetization, and just a week earlier we signed the FEED contract with Seplat on condensate refineries aimed at making Nigeria self-sufficient in gasoline and other white petroleum products productions.”

He said Nigerians must appreciate the “prosperity lift” this would create, including the employment of over ten thousand direct and over forty thousand indirect as well as the projected revenue of over twenty billion dollars