Ola Awoniyi argues that the absence of intrigues and high drama in the National Assembly; and a cat and mouse legislature-executive relationship has left the media feeling something has gone wrong

Since the inauguration of the ninth Senate on June 11, Senate President, Ahmad Lawan, and his colleagues have a lot to celebrate even if also some things to ponder on.

The pace has been frenetic. But the smoothness of the process and seeming placidness of the legislative environment have made these feats almost unnoticed.

This is understandable. The media is used to the daily feasts of intrigues and high drama in the chambers of the National Assembly and a cat and mouse legislature-executive relationship. These kinetic elements make good headlines and had previously been the main features of the federal parliament in the Fourth Republic. So, their absence this time around has left the media feeling something big is missing or has gone wrong.

Let us put this in perspective. The ninth Senate started on a peaceful note, with the election of the Senate President and other principal officers devoid of rancour and much drama. The votes cut across party lines and left no bad blood.

This good start was significant, given the upheaval that the same process had assumed four years before, at the beginning of the eighth Senate when a large group of senators did not even have the opportunity to cast their votes. The leadership election crisis of June 2015 shaped the mood of the senators and would eventually define that assembly, culminating in the defection of the then Senate President and Speaker of the House of Representatives from the ruling All Progressives Congress (APC).

The smooth take off set the stage for the harmony in the ninth Senate. The assembly has a sizeable opposition caucus, but its tone has been mostly bi-partisan, temperate and cooperative. The opposition has its voice on every issue but there has been less bombast, grandstanding or playing to the gallery.

This spirit and a unity of purpose nurtured by the leadership have enhanced the legislative process and output. The distinguished senators have risen above partisanship and other divisive inclinations, to focus as a group on the thrust of their legislative agenda, which is to be the Senate that works for Nigeria.

The result is the outstanding achievements that have been made in the first half-year of the ninth Senate.

The assembly has passed six bills into law, four of which were members’ bills. The first to be passed was the Deep Off-shore and Inland Basin Production Sharing Contracts Act CAP D3 LFN 2004 (Amendment Bill, 2019).

While declaring open a public hearing on the Bill in October, the Senate President said passing the bill had become “absolutely necessary so that Nigeria can generate more revenues from its endowments.” He added that the National Assembly was determined to pass the bill as a precursor to its determination to pass the Petroleum Industry Bill in 2020.

The Deep Off-shore and Inland Basin Production Sharing Contracts Bill was promptly assented into law by President Muhammadu Buhari on November 4, 2019, within days of being passed by the National Assembly.

After the bill was signed into law by the President, the Senate President has disabused the minds that had misconceptions of the intention of the bill. Some investors, particularly the International Oil Companies (IOCs), think the bill will hurt them but Lawan said that impression is far from the purpose of the bill.

Its object is to reform Nigeria’s tax system for enhanced implementation and effectiveness. It is in line with the reform of the tax system initiated by the Federal Government so as to create an enabling business environment and reduce the tax burden for Micro, Small and Medium Enterprises (MSMEs).

The Senate also promptly passed the Appropriation Bill in line with the commitment of the senators to realigning the fiscal calendar to a predictable January-December budget cycle.

The passage is the earliest in recent memory and was done by the lawmakers to enable the government have a full year to implement its budgets. Lawan said the lawmakers believe this will “enhance planning, implementation and monitoring of the budget by the relevant organs and agencies and significantly improve our annual budget performance.”

Aside from the six bills passed, 185 Bills have also gone through first reading, while 32 other Bills have passed second reading and are before the relevant Senate Committees for the necessary legislative work.

The ninth Senate attaches great importance to the Petroleum Industry Bill(PIB), Electoral Reforms Amendment Bills and Amendment of the 1999 Constitution.

“When we come back, we are going to face very serious legislations that are required in Nigeria, Lawan told his colleagues shortly before the Senate adjourned for the Christmas and New Year break.

The Electoral Reforms Amendment Bill addresses an urgent need to improve the electoral process. The lawmakers want to pass the Bill well ahead of the next electoral cycle in 2023 to avoid a repeat of the situation whereby the president declined assent after the eight National Assembly passed the same bill close to the 2019 general elections.

Some of the bills currently being considered by the Senate have stoked concerns from the public. Two of the most controversial are the Anti-Hate Speech Bill and the Bill seeking to regulate the use of social media in Nigeria. But as Lawan has pointed out, “lawmaking is a rigorous process that allows for all sides of an argument to be heard and the true will of the people established before a bill becomes law.”

The Senate President called on Nigerians with strong views on these bills, and indeed on any other one, to attend the public hearings on them so that they can represent their positions before the lawmakers, fellow Nigerians and the watching world. It is through involvement in processes like this that the legislature can produce robust laws that well consider various opinions.

The Senate also convened roundtable discussions on three critical sectors of our economy, starting with the power sector. The decision to begin with the power sector is easily understandable. The government in recent years has invested billions of dollars in this sector, but the problems of inadequate power supply have continued to plague Nigeria without let.

Even the subsequent privatization of the sector made no visible impact as power supply has remained epileptic across the country and desperately needs fixing.

The Senate Committee on Power assembled stakeholders in the sector at the roundtable discussions and has promised to be guided by their suggestions in presenting a report that is hoped would be decisive in addressing Nigeria’s power challenges.

Similar exercises have been held by the Senate on the Solid Minerals and Steel sector and the Agriculture sector. The lawmakers believe that solid Minerals and Agriculture offer great potential to transform the Nigerian economy and the government’s revenue profile and wean the country from its overdependence on oil revenue.

The ninth Senate has enjoyed a harmonious working relationship with the House of Representatives and the executive. These have been of tremendous benefits to the nation as it has removed the mutual suspicion and hostility between the two arms that obviously slowed progress in the previous dispensation.

In the past, it took an average of five months to pass the appropriation bill, which mostly did not come into operation until the third quarter of the year. The uncertainty and instability of the fiscal year have been a major element in the poor execution and performance of the annual budgets under the Fourth Republic. This problem has now, hopefully, been significantly addressed.

Notwithstanding the cordial relationships with the other arms of government, the Senate under Lawan remains committed to the firm exercise of its oversight role on the ministries, departments and agencies of government with a view to ensuring transparency and accountability in public expenditure as well as overall good governance.

**Ola Awoniyi is the Special Adviser on Media to the President of the Senate. 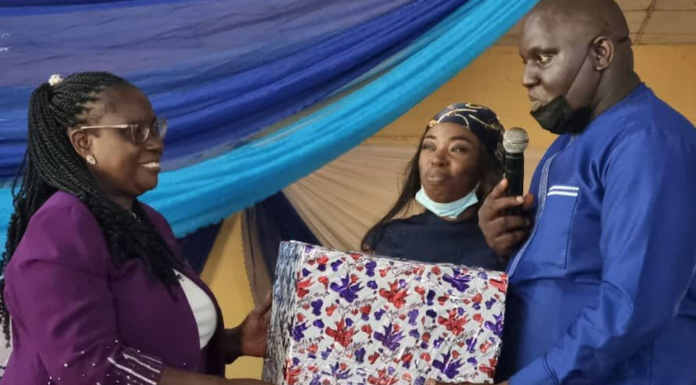