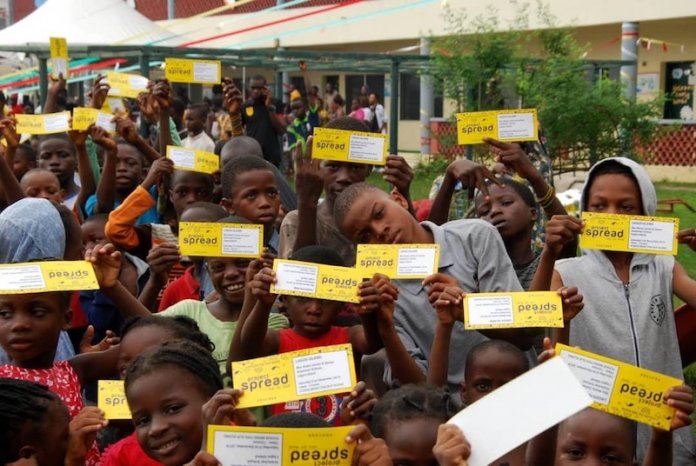 Vanessa Obioha
The House on the Rock annual charity event returned this year to feed thousands of people with not only food but also the Word of God. Tagged Project Spread, the programme has become one of the most anticipated events of the year for the less privileged who benefit from the largesse of the church and its convener Pastor Paul Adefarasin.

Each year, the number of mouths to be fed continues to increase, a strong indication that the number of citizens in the poverty level is on the rise. Pastor Adegoke Coker who represented Adefarasin made this observation while speaking to the media at one of the communities in Elegushi, Lagos.

“One of the things we have seen in the past eight years is an increase in the number of people who will come out to be beneficiaries of this. It only speaks to the fact that there are a lot of people who are entering into that class of people who are needy and really can’t afford much at this time.” he said.

Over 30,000 people he stated were beneficiaries of the Christmas gifts in five communities selected for this year including Lagos Island where a large crowd of people had gathered at the venue before the break of dawn.

At the Peter and Paul Nursery and Primary School where Pastor Coker coordinated, the motley crowd, consisting mainly of middle aged women looked expectantly at the lined up food items. Some of them had arrived at the venue very early to gain access.

For Mercy Zanu, a widow and a grandmother, she has been attending the event for more than one year. The gifts received would put a smile on the faces of her grandchildren who live with her in the Jakande area of Lagos state. Gratitude beamed on her face as she collected the bag of rice and oil. This year, she said, the grandchildren will have a great Christmas. “It’s more blessings to my family. We thank the church for everything”.

The church also provides medical care to the communities as well as hosts a party for the children.
Apart from Project Spread, the church empowers the community through another initiative, Project Feed, according to Coker.

“Project Spread gave birth to Project Feed which gives us the opportunity to feed and equip the people. Every Sunday, we moved from just giving them things to eat to giving them trade skills so that they can also within the course of the year, be gainfully employed to be able to provide themselves. We do 500 every day,” he concluded.