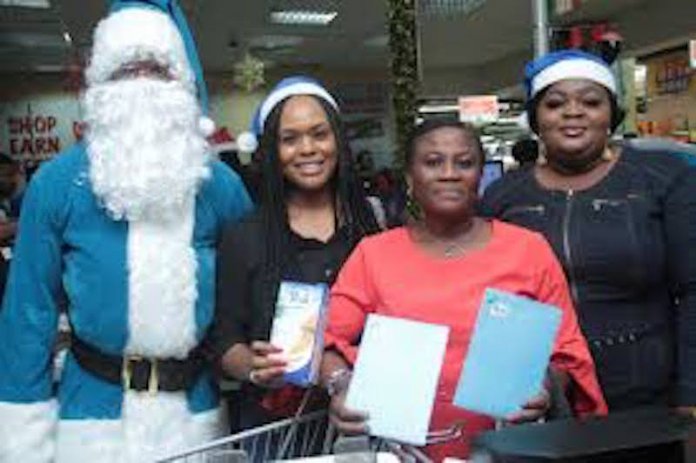 Mary Nnah
In the spirit of celebrating the Yuletide season, Peak Milk commenced the Christmas celebration with the “12 days of Peakmas’’ – a campaign which exemplifies love and kindness to everyone, everywhere. The campaign began with asking the public to nominate unsung heroes, who through their selfless and often unrewarded service, make our societies a better place.

Peak, joined by celebrities such as Ayo Makun popularly known as “A.Y”; Nollywood Actress, Eniola Badmus and Actor, Williams Uchemba, visited these “Peakmas Heroes” in a surprise of carols, praise and rewards for their selfless acts, enabling the common man reach for their peak. The campaign also took to open markets and superstores to reward customers with shopping vouchers, cash and lots of exciting gifts.

One of the unsung heroes nominated and celebrated during the campaign is Segun Awosanya popularly known on Twitter as “Segalink”.

His effective advocacies are renowned spurring the social needs of the common man and on several counts, have brought about the needed succor required for standard living.

Another Hero, Sergent Solomon Dauda (popularly known as “Emergency”), a traffic warden stationed at the NNPC junction in Garki, Abuja is widely appreciated for the energy and entertainment he has brought to passers-by in 13 diligent years on the role.

According to Grace Onwubuemeli, Marketing Manager for Peak, Peakmas is Peak Milk’s rendition of the spirit of Christmas. The campaign emanates from the purpose of the Peak brand, which enjoins all Nigerians to “reach for their Peak.

For the period of the campaign, Peak visited various cities including Lagos, Abuja, and Port- Harcourt; thanking lots of consumers and shoppers for being there throughout the year.
“It was rewarding to watch the smiles on the faces of our Peakmas Heroes as they received their gifts, and we look forward to creating more avenues for celebrating Nigerians doing exceptional work.

“The gratitude and emotion from giving to everyday people like our unsung heroes and consumers, is nothing short of the happiness the season brings”, continued Onwbuemeli.