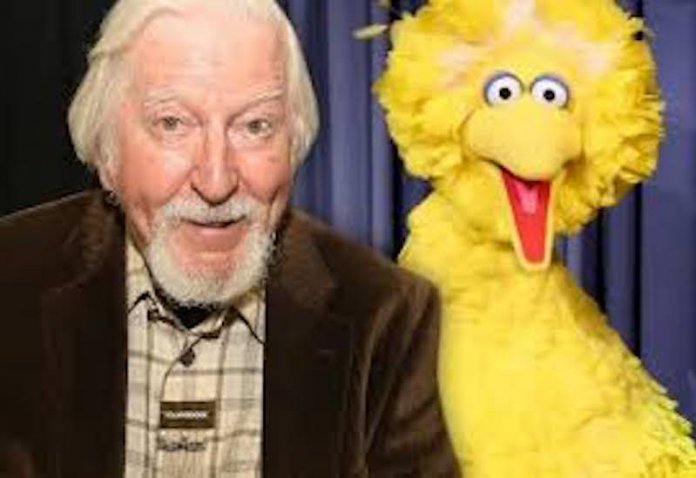 For those who grew up in the 70 s and through the 90s nothing got children glued to the Nigerian Television Authority like “Sesame Street”, a United States’ children’s educational show that was watched all over the world.

“Sesame Street” had Muppets like Kermit the Frog, Ernie and his friend Bert, the Cookie Monster, Count Dracula among others. But perhaps the one that stood out the most was Big Bird, a tall yellow feathers six-year- old male canary. An iconic figure that entered children’s folklore like Santa Claus.

The man who gave Big Bird a voice was Caroll Edwin Spinney. Sadly, he has just passed on at the age of 85, of dystonia, a health condition that causes involuntary muscle contractions. He had lived with it for years. He was also the voice in the misanthrope Oscar the Grouch who lived in a garbage can and complained about everything.

For many generation X and millennials “Sesame Street” was their first teacher. Every episode had enduring lessons. But one was special to me. Children were asked by a man how to cross the street. They gave different answers. One seemed to have gotten the answer right. But alas, the poor child was “wrong”! The man said even if children knew how to cross the street by themselves they should wait for a grown-up to come help them cross the street.

“Sesame Street” is produced by the Children’s Television Workshop, now known as Sesame Workshop with its first episode in 1969. For adults who grew up with “Sesame Street” it’s intimately personal. There was the theme song “Can You Tell Me How to Get to Sesame Street?” by Joe Raposo. Other songs are “People in Your Neighborhood”, “Ladybugs’ Picnic,” “Milk Song”, “There’s a Bird on Me,” and “Opposite of what I do.”

“Sesame Street” was created by television producer Joan Ganz Cooney and Lloyd Morrisett. Research for its contents was by the Children’s Television Workshop. It had a racially diverse cast of live actors with animation and Jim Henson’s Muppets. It employed advertising techniques with jingles and rhymes to teach children the numbers and alphabets. It taught children how to live in a community, how to brush their teeth, how to tie their shoes, how to love a new sibling and how to face a bully.

Big Bird’s costume was 8-foot-2. Mr. Spinney, who was 5-foot-10, stretched his right arm up through Big Bird’s neck, his hand giving motion to the beak and his little finger worked on Big Bird’s lolling eyes. A hidden camera inside the costume helped him move around the set. The costume was very hot and heavy that Mr. Spinney, had to take a break every 10 to 15 minutes while filming.

Mr. Spinney said he was made fun of in his youth because of his large ears and feminine-sounding name. But that with puppetry, “you can hide whatever you are at the moment and be only what they can see,” he once told the New York Times.

“Sesame Street was built around a single, breakthrough insight: that if you can hold the attention of children, you can educate them,” wrote Malcolm Gladwell on the great TV show.

In the book, “Children and Television: Lessons Learned From Sesame Street,” released in 1974, one of the major aims of the show was “the fundamental purpose of preparing children for school.”

Big Bird taught children about self-confidence. It learnt about “another bird” who was actually aviator Admiral Richard E. Byrd, who was the first to fly to the South Pole and back. And he said “All I ever do is just sit here and play jacks and eat birdseed. And I’m never the first anywhere.” Diana Ross Season 13’s guest sang “Believe in Yourself,” teaching him to swap “I can” for “I can’t.”

Big Bird made children see the benefit of eating fruits and vegetables, which they are wont to avoid.

The jolly good canary taught that nursing the young with breast milk was quite natural and hence encouraged breastfeeding.

In 2011 “Sesame Square”, a Nigerian version of it started to air on NTA. Among the stars is Kami, a five-year-old HIV-positive girl Muppet orphaned by AIDS to help fight the stigma associated with the condition.

Big Bird like most children had fantasies and it was difficult getting grown-ups to believe him. They called his friend Aloysius Snuffleupagus better known as Mr Snuffleupagus an imaginary friend or worse that it was a lie. Up till the 14th season no one believed him, putting his credibility in the spotlight. Only Mr Rogers believed him in Season 12. With cases of child sex abuse it now happened in Season 17 that he was believed, showing that if children said the truth grown-ups will believe them.

Big Bird enjoyed friendly competition, but was not sure if he should be happy if someone else lost. After a footrace with Mr. Snuffleupagus, for instance he said, “He’s going to be sad he didn’t win, and he might even be angry because I beat him.” Luckily, Mr Rogers was on hand, and helped Big Bird know that he could be a gracious winner and still let his friend know that he cared about his feelings. Years later, Big Bird competed against Jason Schwartzman on “Lip Sync Battle,” and after he won the round, asked the host LL Cool J to make it a tie. “I know you said that you can’t have two winners, there could only be one, but couldn’t just this once, couldn’t we change the rules?”

When Will Lee, who played the grocer Mr. Hooper, died in 1982, “Sesame Street” was not sure of the right way to handle his loss. Should the storyline make it seem as if his character retired? They consulted with child psychologists. Instead, his absence became a lesson to Big Bird and children in understanding death and handling grief. “Big Bird, don’t you remember? We told you, Mr. Hooper died,” a human cast reminds Big Bird, who, holding a gift for his friend, had forgotten.

“Well, I’ll give it to him when he comes back,” Big Bird replies.

“Big Bird, Mr. Hooper’s not coming back,” another cast explains. “When people die, they don’t come back.”

“It won’t be the same,” he mourned, as he lowered his head.

Mr. Spinney and his first wife, Janice, had three children, Jessica, Melissa and Ben, and got divorced in 1971. In 1979, he got married to Debra Jean Gilroy. He had several grandchildren.

He got two Grammy Awards, six Daytime Emmys, a Library of Congress Living Legend Award, and a Lifetime Achievement Award of the National Academy of Television Arts and Sciences. We bid him farewell.