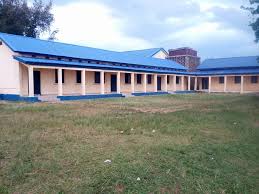 Succour has finally come the way of students of St. Augustine’s College, Kabba, Kogi State, as De Family Club 1975, recently renovated and equipped the school’s Physics and Chemistry laboratories; as well as provided a borehole at the cost of N3.5 million.

The school authorities, parents, students and the Kabba Community have commended the club, saying that the students can now offer science subjects after several years of not studying Physics and Chemistry because the school had no laboratory.

Speaking at the inauguration of the project, the President of the club, Mr. Gbenga Alepa said the project was conceived when, on December 26, 2018, the Obaro of Kabba, Oba Solomon Owoniyi made a clarion call on elites from Oweland to build standard science laboratories in Kabba to encourage public school students to take science subjects.

He said the club settled for St. Augustine’s College popularly called Sainto because it was the school that produced the group of eight boys (Skymatrics group) that started the club in 1975.

“The strategic objectives of the club is to be the leading change agent in the unification of Kabba sons and daughters at home and in the diaspora, as well as the socio-economic and infrastructural development of the town.”

In his remarks, Oba Owoniyi, who is also the Chairman of Okun Traditional Council, expressed joy at the successful implementation of the project.
He said his concern about the state of schools began when he was informed that students in public secondary schools had stopped taking science subjects.

“My investigation revealed that science laboratories in public schools were in deplorable state and below the minimum standard for effective teaching and learning of science subjects.

This led me to make a clarion call on the elites of Oweland to build science laboratories in public schools to assist students from less privileged families to learn the sciences.”
He advised the management of the benefitting school to make a timetable that would give access to science students from other schools in Oweland to use the laboratories.

He also encouraged other social clubs and individuals to positively impact on the community through such development projects, while restating his commitment towards the socioe-economic development of Oweland by ensuring that the government gives the people due attention.

The monarch, who urged the people to forget their differences and focus on sustainable development, also prayed for the progress and prosperity of all members of the club and all sons and daughters of Oweland in the country and in the diaspora.