Rivers State governor, Nyesom Wike, has chided the family of the late philantropist and oil mogul, Chief Olu Benson Lulu-Briggs for the delay in the burial of the scion who died about a year ago.

But while the family members commended the governor for wishing to give the late magnate a state burial, they have continued to trade blames on the delay.

Wike, in a meeting with leaders of Kalabari Kingdom, home of the magnate, said following the protracted family crisis that had delayed the burial of Lulu Briggs for close to one year, the Rivers State Government had offered to bury the late Rivers son.

He said the state government was interested in according the late philanthropist the respect he deserved.

He said he had held consultations with the family of the late man but that the family had not heeded his pleas for truce.

He said: “I even told them to let the Rivers State Government be responsible for the burial.

“Let the State Government take the corpse. Government will hold the corpse and give him a befitting burial. All I want is peace. “

He berated the people who have allowed monetary consideration to influence their direction on Lulu Briggs issue.

“How can such a man not be buried for one year. Not that they are looking for money to bury the man”, he said.

Wike called on the Kalabari leaders to set aside their differences and intervene to ensure that Chief O. B. Lulu Briggs was buried.

He said: “How can a prominent son of Kalabari Land stay in the mortuary for one year and we are all here. Nobody can speak the truth.

“I have intervened more than three to four times. Having meetings, but was disappointed by the wife. I have to say clearly to all of you, I have never received insult like that in my life.”

He stated that he told Chief Dumo Lulu Briggs and the widow of the late Philanthropist to allow the love they have for Chief O.B Lulu Briggs influence them into allowing him to be buried.

He said the feuding parties should allow Chief O.B Lulu Briggs to be buried, after the burial they could continue the struggle for his property.

Wike appealed to the Amanyanabo of Abonnema, King Disrael Bob-Manuel and other leaders of the area to directly intervene to resolve the matter.

But in his reaction yesterday, son of the late scion, Dumo, with chiefs in his own camp, said they would approach a Ghana High Court on December 17 to seek for the release of the body.

Addressing journalists in Port Harcourt yesterday, Dumo said their decision to approach the Ghanaian court was for the court to compel their step-mother to release the remains of their father.

Lulu-Briggs said: “We are here today because we don’t have the mortal remains of our father. He died in Accra and we didn’t know that he was travelling to Ghana. Our father’s wife has refused to releasee his remains to the family for a befitting burial.

“As chiefs, we have gathered here to respond positively. On December 27, it will be exactly one year after his death. On December 17, we will be approaching a court in Accra to propose to it to compel our step-mother to release our father’s remains to us.

“If the court grants our request, all the chiefs will travel to Accra on December 27 to receive the remains of our father. We will deposit his remains in Port Harcourt and beginning preparations to give him a befitting burial on January 25, 2020.

“If our step-mother is serious about the burial of father, she should withdraw all legal actions against the family in Ghana. We can’t plan for the funeral if we don’t have custody of our father’s remains.”

In her reaction yesterday, the wife of the late magnate, Mrs. Seinye, commended Wike for his intervention but apologized to the governor if she had done anything that might have angered him.

In a statement issued yesterday in Port Harcourt, Seinye said, “My focus since this crisis emerged has been and remains to secure a burial date and accord my beloved husband, our patriarch, High Chief Dr. O.B. Lulu-Briggs the distinguished and honorable funeral he deserves as soon as possible, since no lawsuit anywhere in the world prohibits his funeral. I remain open to any plan to make this happen.”

On the planned travel of chiefs to Ghana, she said she has always appealed to the chiefs of Oruwari Briggs to re-activate the burial arrangements that was unilaterally postponed by Dumo. She said she has written two appeal letters to that effect and yielded no result.

“The earthly remains of High Chief O. B. Lulu-Briggs is ready for interment and would be available for burial on an agreed date accompanied by a serious burial plan.

“The planned trip by the chiefs of Oruwari Briggs Group of Houses to Ghana is unnecessary. The time and resources to be spent on it should be better put into planning and announcing a burial programme for their paramount head,” she said. 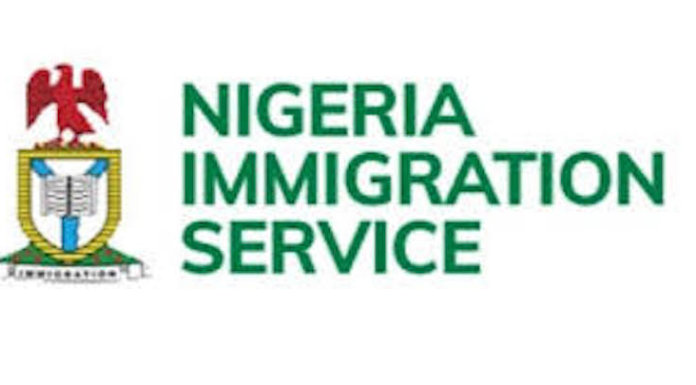