Civil Society Organisations (CSOs) have raised the alarm over increasing closing space for their operations in the country, especially in promoting and ensuring civil liberties in Nigeria and adherence to its tenets by government and its agencies.

This is contained in a statement issued by the African Representative, Civil Society Partnership For Development Effectiveness, Dr. Tola Winjobi to mark the 2019 International Human Rights Day.

Winjobi, also the National Coordinator, Civil Society Coalition on Sustainable Development, noted that apart from Nigeria which paraded a frightening credential, the global picture of shrinking space for civil society and human rights operation, was generally not encouraging.

As a quick and strategic response to this dangerous trend, he challenged the human rights community and the media “to form a common front and come up with a joint plan to avert a further close of the media and social space and to regain lost space.”
Making reference to what he called Belgrade Call to Action (2019), Winjobi said “Over six billion people are living in countries where there are serious constraints on civic space: the conditions are closed for civil society in 23 countries; civil society is highly repressed in 35 countries while civil society faces substantial legal and political obstacles in 53 countries.

“Civic actors across many sectors are being threatened and persecuted – including those supporting and representing rural communities, indigenous people, journalists, trade unions, women’s rights activists, youth, people living with disabilities, and environmentalists.

“Harassment through arbitrary arrest, detention, targeted use of legal and regulatory measures, and restrictions on finances has become common experience among civil society organisations (CSOs) in many countries.”

To arrest this global trend, Winjobi said UN member states have been tasked to take decisive actions to reverse the closing and shrinking space for civil society, to stop the attacks on human rights defenders and the undermining of democratic participation, and to renew the prospects for the full realisation of the Sustainable Development Goals (SDGs).

Reflecting on the Nigerian situation which in his view is precarious, the civil liberty campaigner, made quick references to some latest actions, directives and policies of the federal government such as the bill currently at the National Assembly seeking to regulate operations of Social Media, the current Hate Speech Bill as well as the new Financial Regulation Bill which will compel anybody regardless of his or her status or job, to mandatorily present a Tax Identification Number before he or she could operate a valid bank account; all these in his view were designed to further shrink the social space and stifle the activities of CSOs and rights groups in Nigeria.

Apart from the above, the CSOs chieftain considered federal government’s increasing dis-respect for the Rule of Law, which as a deliberate policy to create fear in the mind of rights advocates as in the case of the detained Omoyele Sowore and in the mind of the ordinary people generally, thereby preventing them from advocating or demanding for their rights.

Winjobi said, “There have been obnoxious actions and policies including bills targeted at civil society by Nigerian government in order to stifle the former.

“Some of these actions required mandatory registration with difficult requirements for CSO operations; regulatory restrictions and nebulous legislation including hate speech attracting death penalty; measures banning public demonstrations and processions except for the Nigerian state…

“On top of these draconian policies targeted at civil society is the financial bill requiring mandatory presentation of Tax Identification Number (TIN) by any individual operating a bank account in Nigeria as from January 2 2020…,the bill is no respecter of indigent women, poor widows, pauperized pensioners, pensionless senior citizens, petty business people, artisans, unemployed youth including fresh graduates who keep the stipends they have in banks for security reasons.”

Winjobi warned that it was not only the country’s fledgling democracy that was being threatened, but the attainment of SDGs was also being jeopardised through the action of governments.

He stressed that upholding human rights was core to development;, adding that human rights-based approach was a fundamental principle for development effectiveness. and represented a paradigm shift that would be crucial in achieving the SDGs. 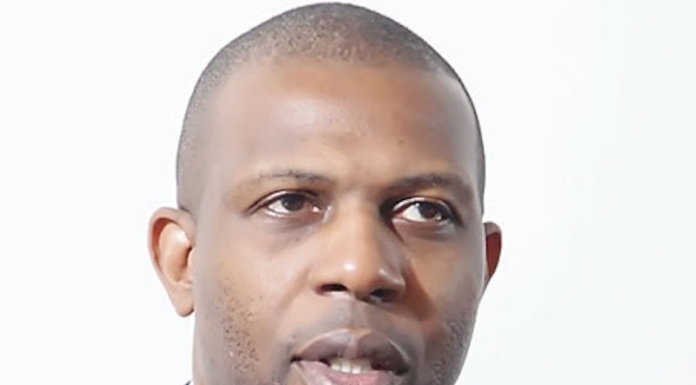 Princewill: ‘2023 May Not be About Party, It May be About Candidates’