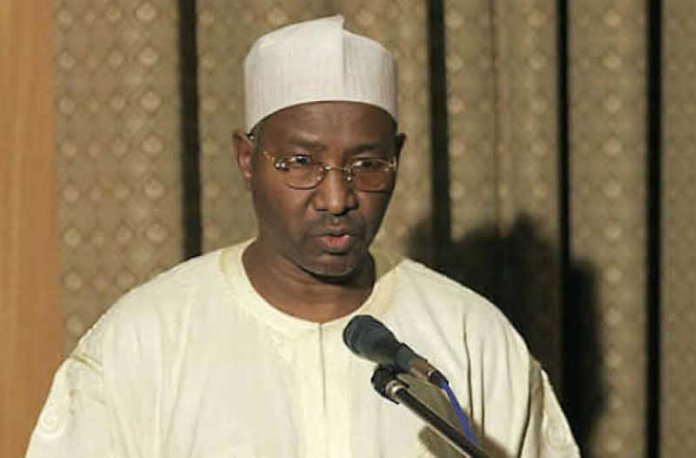 A former National Secretary of defunct Action Congress of Nigeria (ACN), Dr. Usman Bugaje yesterday said the federal government’s war on corruption “is a sham,” saying Nigeria “is slipping to the precipice as ethnic and religious conflicts continue unabated.”

Bugaje lamented the spate of insecurity in the nation, warning that the leadership did not need a soothsayer to see what is waiting to happen with over 70 per cent of the country’s population in the 16 to 40 years age bracket.

He expressed the view in a lecture he delivered to mark the 25th Anniversary of the Sarkin Fulani of Lagos, Dr. Mohammed Abubakar Bambado held at the Federal Palace Hotel, Lagos yesterday.

He said the fight against corruption, to say the least, “is profoundly disappointing, lamenting that the people running the affairs of Nigeria “are accused of big-time corruption.

“With the DSS and EFCC operatives in open street fight, apparently protecting an official accused of corruption, we must be worried not only about losing the war against corruption, but also losing our sense of shame.
“With the leader of a ruling party inviting people with corruption cases to join their party and be let off the hook and making good his promise, one would wonder what more is left of this fight.

“When persons with pending corruption cases get appointed to cabinet and expeditiously cleared by a Senate that they were part of, we must ask the question, what hope remains for any fight against corruption,” he queried.

Bugaje also lamented the spate of insecurity in the nation, warning that the leadership did not need a soothsayer to see what is waiting to happen with over 70 per cent of the country’s population in the 16 to 40 years age bracket, most of whom are largely unemployed,
Quoting an African-American writer, James Baldwin, Bugaje said the most dangerous person in any society “is someone who has nothing more to lose. It appears that we are busy producing these people in their number daily, making our society more dangerous by the day.”

Bugaje lamented that the level of insecurity “is so high that over 30 of the 36 states of the federation have men of the Nigerian Army deployed to keep the peace.

“The farmer-herder clashes, ethnic and religious conflicts continue to rage unabated. Kidnapping has become such a huge industry that it appears to be employing the very uniformed men that are supposed to fight it,” Bugaje explained.
According to him, most of the challenges that nations face come under three issues – how to share the national resources, how to share power and how to agree on national identity.

He insisted that unless Nigeria “is able to get this right, it will continue to have problems. Nigeria can and should be able to surmount the challenges of nation-building and national development, just like many of its contemporaries have done.
“It should be able to craft peaceful coexistence, national cohesion and national development. What it requires most is appropriate leadership. At the moment, the current leadership recruitment process does not appear to be able to give this kind of leadership.

“We, therefore, need to start a new national discourse on how to create that appropriate leadership. In doing this we need Nigerian elite to lead a debate to create a national consensus.”

Speaking earlier, the Speaker of the House of Representatives, Mr. Femi Gbajabiamila congratulated the Sarkin Fulani for his contribution to the peaceful coexistence between the Arewa community in the state and the Yoruba people.

According to him, any community and people can only accommodate visitors who are ready to be part of that community. He thanked Bambado for being able to foster such a cordial relationship in the last 25 years.