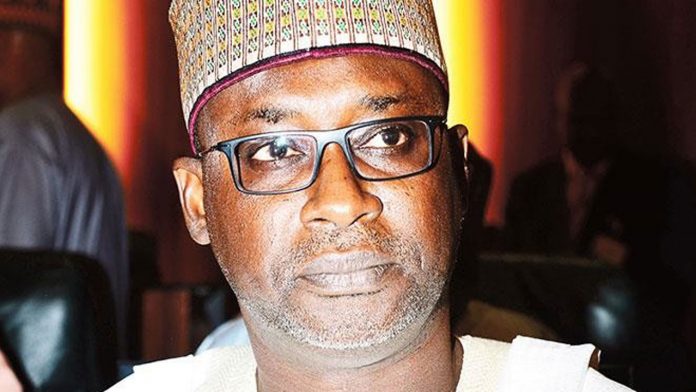 Out of the 774 local government areas in the country, only 15 are open defecation free, the Minister of Water Resources, Mr Sulaiman Adamu has said.
Although, the minister did not disclose the names of the local government areas, he however said they are in Cross River , Bauchi, Jigawa , Benue and Osun states.

The minister disclosed this in Abuja while speaking on the activities of his ministry.
President Muhammadu Buhari had issued Executive order 009 mandating the Ministry of Water Resources to coordinate activities towards ensuring an open defecation free Nigeria by 2025.

The order calls on both the states and the federal government to enact legislation against open defecation.
According to him, all ministries departments and agencies would join in the campaign even as he urged states to key into the campaign with commitment.

Adamu explained that 106 sanitation and hygiene facilities had been constructed in the North East, North Central and South West zones while domesticating the production of hydrogen sulphide vials at the national water quality reference laboratory.

He also confirmed that under the Partnership for Expanded Water Supply, Sanitation and Hygiene (PEWASH) programme, a novel initiative to improve the water supply and sanitation in rural areas which came up as a result of the failure of the country to meet the MDGs since the programme was launched in 2018, 29 states have signed the PEWASH protocol.

The minister while urging the remaining 7 states and the FCT to endorse the protocol warned that henceforth the federal government which had invested N1.6 billion to deliver 537 hand pumps , 111 Solar powered borehole schemes in Kano and 101 solar motorized schemes in Ogun state, would only complement states that had shown and equally expressed commitment in the sector.