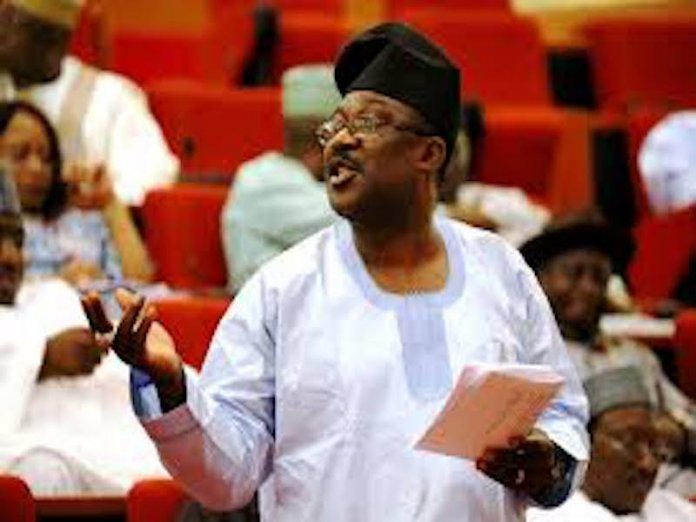 brahim Oyewale writes that the return of Senator Smart Adeyemi to the Red Chamber of the National Assembly, for a third tenure, has revived hope for another season of quality representation for the people of Kogi West

It is no longer news that Senator Smart Adeyemi won the Kogi West Senatorial rerun election and subsequently returned to the Red Chamber of the National Assembly. This is his third time as a serving senator. In a keenly contested election, Adeyemi polled a total of 88,373 votes to defeat his political arch rival, Senator Dino Melaye who scored 62,133 votes.

Melaye who represented Kogi West in the Senate from 2015 to July 2019 was sacked when the appellate court in Abuja affirmed the nullification of his election by the Tribunal and ordered rerun election in seven local government areas of Kogi West Senatorial District.

Senator Adeyemi who also represented the same senatorial district between 2007 to 2015 contested, but lost Dino Melaye, due to the Buhari Tsunami that swept away many political actors during the 2015 general election. Sensing that something went wrong and there was electoral malpractices he had approached the Tribunal to challenge the winner, but all efforts to reclaim the mandate proved abortive as Melaye went away with victory.

In another round of battle during the the 2019 general election, the duo went to the polls for the second time, the Peoples Democratic Party (PDP) candidate, Senator Dino Melaye was declared the winner of the Senatorial seat.

Then Senator Adeyemi filed petition against his opponent at Kogi West Senatorial Election Petition Tribunal which sat in Abuja. After taking a plea from the both the petitioner and the respondent, the Tribunal gave its ruling in favour of the Petitioner, Smart Adeyemi as it ordered a rerun in seven local government areas that comprises the senatorial district. This did not go down well with Melaye who appealed the Tribunal ruling. The Abuja Court of Appeal laid to rest the controversies by affirming the Tribunal judgement as rerun election was rescheduled for November 16, 2019.

However, the November 16 Kogi West Senatorial election was declared inconclusive and there was supplementary rerun election ordered by INEC, the Returning Officer disclosed that there was no clear winner based on lead margin between the APC and PDP.

The Returning Officer, Professor Olaide Lawal of Federal University, Oye Ekiti stated that no clear winner emerged at the end of the exercise, noting that the lead margin was not up to the number of votes in places where election was cancelled. Senator Adeyemi
(APC) had scored 80,118 votes and Melaye (PDP) 59,548 garnered votes. Therefore, no winner was declared, hence a supplementary rerun election was scheduled for November 30 in 53 polling units where election was cancelled .

While declaring the final result on Saturday, November 30, Professor Lawal stated that Adeyemi polled a total of 88,373 votes to defeat his opponent Dino Melaye who polled 62,133 votes,
stressing that the rerun became necessary in view of the fact that no clear winner emerged in the earlier election.

Meanwhile, Senator Adeyemi has been presented certificate of return by the Independent National Electoral Commission and sworn -in as a senator for the third time.

The ‘Masses Senator’ as he was fondly called by the former President of Senate, Senator David Bonaventure Mark is an advocate of good governance and masses oriented policies and programmes.

From records in the senate, it has been established that only Senator Smart Adeyemi met the constitutional requirement of a maximum of 180 days plenary sitting at the Red Chamber of the National Assembly, in his previous outing. This was also confirmed recently at media workshop organised by the UNPD in Jos Plateau State, that for two consecutive terms, Adeyemi never absented himself from plenary sittings. This is not only an excellent testimonial, but also shows resilience and commitment to quality representation for the people in his constituency and Kogi State in general.

Perhaps it was the level of commitment, consistency and good representation at Red Chamber of the National Assembly that some concerned people from Yagba East urged him to contest for number one position of the state, governorship race in 2011 simply to pave way for Yagba man to contest the Senate seat for Kogi West.

He, however, promised that there will be improvement on what he knows how do best by providing more quality representation than ever before, while he would work hard to do better in the areas where he previously failed.

He therefore expressed gratitude to All Progressives Congress (APC) loyalists in Kogi state and everyone who made it possible for him to win the rerun election and return to the Senate.

Senator Adeyem pledged on his return to the Red Chamber of the National Assembly that he will continue to do what he knows how to do best, assuring that he would try as much as possible to mend fences where he had made mistakes in the past.

Senator Smart Adeyemi who was the Director General, GYB/CEDO Campaign Council, disclosed that the time he spent practicing journalism, rising to become a two-term President of the Nigeria Union of Journalists (NUJ) had strengthened and prepared him for the challenges of facing his court ordered senatorial rerun as well as heading the campaign council of Governor Yahaya Bello.

Adeyemi disclosed this while speaking in Lokoja shortly after granting audience to officials from the British Embassy who paid him a visit and to assess the level of preparedness for the November 16 election.

While congratulating Senator Adeyemi , the immediate past House of Representatives candidate who represented Yagba Federal Constituency, Sunday Karimi urged Adeyemi to ensure speedy completion of Kabba -Ilorin Road, which was abandoned before the APC led administration reawarded the contract recently.

It would be recalled that in 2014 , Senator Adeyemi worked hard to ensure the contract was awarded and work commenced when former Minister of Works, Mike Onanameme flagged off the construction in Kabba , Kabba/Bunu local government area of the state , but the construction work was short-lived as the contractor abandoned the project at Aiyetoro Gbede in Ijumu Local government area of Kogi.

From records in the senate, it has been established that only Senator Smart Adeyemi met the constitutional requirement of a maximum of 180 days plenary sitting at the Red Chamber of the National Assembly, in his previous outing. This was also confirmed recently at media workshop organised by the UNPD in Jos Plateau State, that for two consecutive terms, Adeyemi never absented himself from plenary sittings. This is not only an excellent testimonial, but also shows resilience and commitment to quality representation for the people in his constituency and Kogi State in general