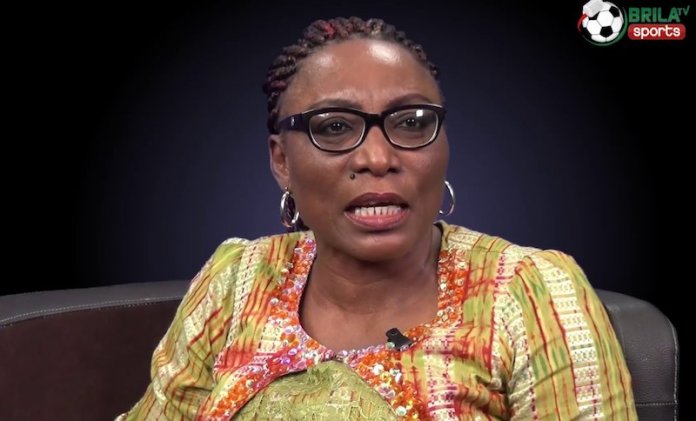 The Chief Executive Officer of Premium Sports Management Services and the Chair, Sports Industry Thematic Group of the Nigerian Economic Summit Group (NESG), Miss Nkechi Obi, has called for the creation of safe spaces where young woman can go participate in sports and practice and not be subject to tradition.

Obi, who made this known at the 58th Inter-house Athletics competition of Queen’s College, Lagos, said the move will encourage more women to participate in sports and also chart a career path in the field.
According to her, sport like netball, which is for women only should also be promoted, especially in the northern part of the country and talented girls should be selected and encouraged to make a career out of sports, either as players or as administrators.

On the benefits of sports, Obi, who was the Chairman of the occasion, said sports is a leveller because everyone starts at the same line; it teaches team building, “you learn to lose graciously, the reason we have challenges in this country is because there isn’t enough sports. When you do sports from a young age, you learn to win graciously and lose graciously. You learn the advantage of team. It also teaches character, resilience, patience and other virtues.”

The Principal of the school, Dr. Tokunbo Yakubu-Oyinloye said the school decided to organise the sporting event in the first term so that the students can focus on academics in the second term so as to bring up their grades and further promote the school.

She stated that the school believes in the all round development and training of its students, so they are groomed in academics, character and sports. “We believe in a sound mind in a sound body. We help them to identify and develop their talents and potential to bring out the best in them. With a view of producing ladies who who will be of benefit to themselves, the nation and the international community; contributing their own quota to make the world a better place.”
The principal also appealed to individuals and corporate organisations to support the government to upgrade the sports facilities at the school.

In another development, Yakubu-Oyinloye has called on parents of newly admitted students of the school to partner the management in moulding the girls to become future leaders of repute.

She said this at the matriculation ceremony for new intakes for the 2019/2020 academic session, where a total of 350 junior secondary one (JS1) students and few others for JSS2 and SS1 took the matriculation oath.
She emphasised counselling and continuous admonishing as key in achieving greatness and academic excellence.

“Discipline and grooming of the child should be a joint effort between the school and the home. You need to spend time with your children, do not abandon them to the school,” she told parents, while urging them to ensure that their children’s fees are paid on time, as well as to provide them with all their needs.

“Finally, take time to pray for your children because unless the lord builds a house, the labourers build in vain,” she said.
To the new students, the principal said: “I admonush you all to determine to put in your very best in Queen’s College so that you will be able to pass on a very brightly gleaming and brightly burning torch.”

The guest speaker, Mrs. Modupe Adeyinka-Oni, the Executive Director, Standard Bearers School, Lekki, urged the newly admitted students to ensure that they sustain the tradition of excellence the college is known for in all their activities.