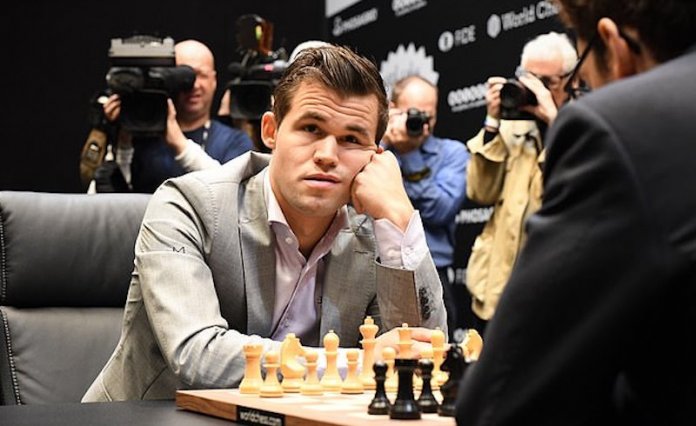 Carlsen has dominated the world of chess for around a decade now, but it seems he also flourishes in the world of fantasy football.

The Norwegian’s team, named Kjell Ankedal, has risen to sixth out of 7 million players worldwide after a gameweek where captaining Mohamed Salah against Bournemouth paid off with a 26-point return.

The 29-year-old is a known lover of Premier League football, and is often seen kicking a ball about before chess tournaments worldwide.

He is currently in London competing at the London Chess Classic at Olympia.