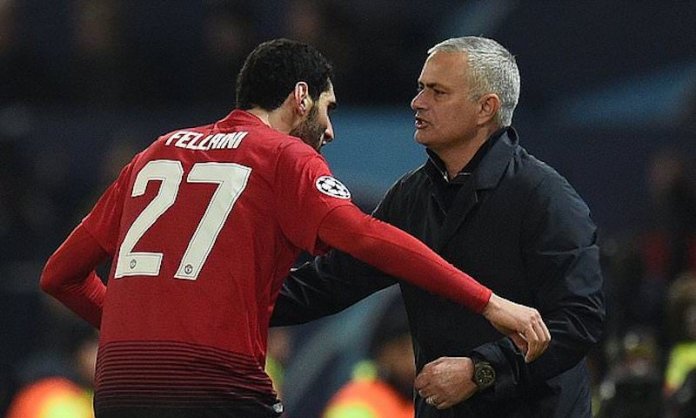 Jose Mourinho has contacted Marouane Fellaini in hope of enticing the towering midfielder back to the Premier League with Tottenham.

Les Sports claim Mourinho has sounded out the former Everton and Manchester United man as he wants to seal a reunion with the 32-year-old in the new year.

Mourinho and Fellaini share a close bond following their time at Old Trafford but the Belgian will take some convincing to return to Europe.

Fellaini left Manchester United at the beginning of February after falling out of favour under Ole Gunnar Solskjaer.

The former Belgium international has proven to be an impressive capture for his Chinese Super League side as he helped Shandong Luneng finish fifth.

Fellaini, who has a contract with Shandong until December 2021 with an option of an additional year, has scored 12 goals in 32 games since making the switch to Asia.

The 6ft 4in Belgian also played a key role in his side’s run to China’s equivalent of the FA Cup final, which they lost 3-1 on aggregate to Shanghai Shenhua.

Fellaini will not be in action for his side in the league until the end of February or beginning of March so he has time to ponder his next move.

Mourinho already has the likes of Harry Winks, Eric Dier and Moussa Sissoko at his disposal but has clearly identified Tottenham’s engine room as an area which can be improved.

Fellaini and Mourinho worked together for the duration of the Portuguese’s two-and-a-half year tenure at Old Trafford.