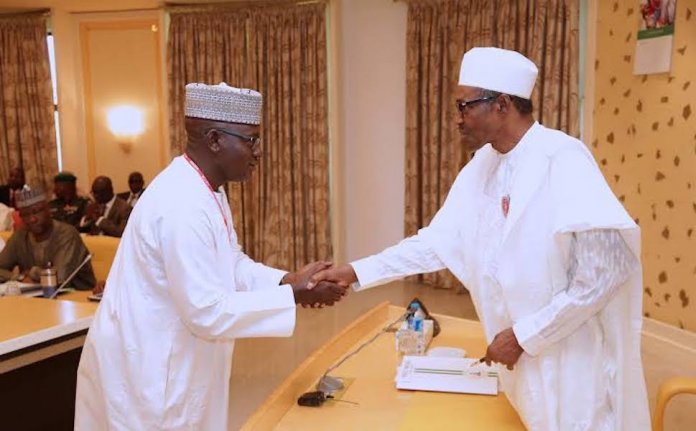 The Senate on Tuesday received a request from President Muhammadu Buhari for confirmation of Muhammad Nami as Executive Chairman of the Federal Inland Revenue Service (FIRS).

The request, which was contained in a letter dated Dec. 9, was read at plenary by President of the Senate, Ahmad Lawan.

“I am pleased to forward for confirmation by the Senate, the under listed names of nominees as Chairman and Members of the Federal Inland Revenue Service.”

The Senate had also received another request from Buhari seeking the confirmation of a newly appointed Chairman for Asset Management Corporation of Nigeria (AMCON).

“While hoping that this request will receive the usual expeditious consideration of the Senate, please accept, Distinguished Senate President, the assurances of my highest consideration.”

The Senate also at the plenary considered six bills for first reading.

The bills were; Bill for an Act to make provision for freedom from hunger and the right to adequate food of acceptable quality, the right of every child to basic nutrition, sponsored by Sen. Orji Theodore (PDP-Abia), a bill for an Act to provide an efficient legal framework for regulation of freight traffic and use of petroleum tankers on the highway to convey petroleum products and promote safety of all road users by Sen.Ifeanyi Ubah(YPP-Anambra).

A bill to establish the National Rice Development Council of Nigeria to enhance local production of rice in Nigeria by sponsored by Sen. Bima Enagi(APC-Niger).