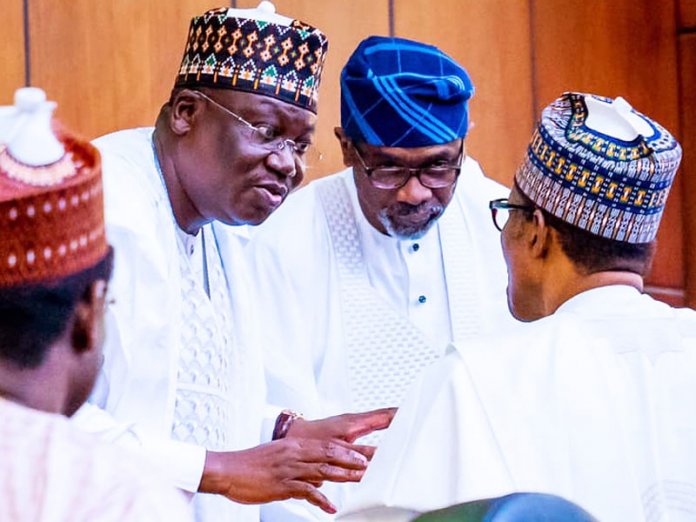 The National Assembly, last week, passed the 2020 budget presented to it for consideration and approval by President Muhammadu Buhari on Tuesday, October 8, report Deji Elumoye and Adedayo Akinwale

All appears set for the return of the nation’s budget calendar to the January to December cycle with last Thursday’s passage of the 2020 budget by the National Assembly.

Since the inauguration of the Ninth National Assembly on June 11, the leadership has always stressed its readiness to collaborate with the Executive in moving the nation forward with emphasis on the need to ensure early passage of the annual budget, starting with the 2020 fiscal year.

Chairman of the National Assembly, who also doubles as Senate President, Dr. Ahmad Lawan, shortly after his inauguration asked the presidency to without any further delay send in the 2020 budget proposal for the legislature to scrutinise and possibly pass.

It was against this background that President Muhammadu Buhari presented the 2020 budget estimate of N10.33trillion before a joint sitting of the National Assembly on October 8.

The budget proposal was immediately subjected to general debate at plenary in the two chambers before being referred to relevant committees at the end of which the Appropriation committees collated all the reports after it was laid before the two chambers last Wednesday.

The following day, both the Senate and the House of Representatives at plenary considered the clause-by-clause provisions of the budget report which culminated in the eventual passage of the budget.

Interestingly, the two chambers were able to arrive at the increased budget figure of N10.59 trillion from the initial N10.33trillion proposed unlike in the past budget sessions when the two chambers will come up with different figures that will later be subjected to harmonisation.

The Assembly, in tinkering with the N10.33 trillion 2020 budget estimate added N264 billion to make the budget peak at N10.59 trillion. The passage of the budget is in keeping with the Ninth Assembly’s major legislative agenda of returning the country’s budget cycle to a more predictable one as well as stabilising the economy.

The passage of the annual 2020 budget before the end of the 2019 fiscal year by the upper chamber signals the country’s return to a January – December budget cycle after decades of its disruption.

Speaking after the budget passage, Senate President said, “when we came in, all of us approved our legislative agenda, and one of the key pillars of this agenda is to take back our budget cycle from the very undesirable cycle that can not be defined to something that can be defined and bought into by our country and business partners living in and outside the country.

I must give members of the Ninth National Assembly the credit, because we thought it was going to be impossible.

“Let me also commend the buy-in of the executive arm of government. When we continued to preach that we have to receive the 2020 budget estimates before the end of September, it was not easy for the executive.

“I know they (Executive) worked day and night. So, it was presented to us on the 8th of October. We have been able to work harmoniously. There is no way we can achieve this without all of us working together.

“I want to commend our colleagues from the opposition. This Senate from the beginning, we said, will be bi-partisan. You have given us all the support that we require, and indeed, this is the way it should be,” Lawan added.

He also noted that with the recent passage of landmark legislations such as the Production Sharing Contract (PSC) Act, Finance Bills and Public Procurement Bills by the National Assembly, the Executive arm of government is sufficiently empowered to ensure the successful implementation of the 2020 budget.

On its part, the House of Representatives however, added a Corrigendum to the approved budget, which states that, “Any error in the schedule to this Act that may hinder the implementation of projects and programmes in Ministries, Departments and Agencies may be corrected through a corrigendum issued by the National Assembly, provided that the total sum for the project or programme is not affected.”

Spokesman of the House, Hon. Ben Kalu, while commenting on the passed budget, emphasised that the ability of the National Assembly to pass the budget showed that from now on, Nigerians would believe that the Ninth Assembly is working the talk especially, after returning the country to the January to December budget cycle.

According to him, “The ball is no longer in our court, the ball is now in the court of the executive to implement what we have passed”.

Asked why the budget was increased, Kalu noted that it was to show that the National Assembly was not a rubber stamp as some Nigerians believed, adding that where the House thought the money budget was not enough, it was increased and was equally reduced where necessary.

He added that the analysis and the increment done was as a result of the interaction the legislators had with various Ministries, Departments and Agencies (MDAs) during the budget defence.

The Presidency also reacted to the passage of the budget, saying it would properly study the document.

Senior Special Assistant to the President on National Assembly matters (Senate), Senator Babajide Omoworare, told THISDAY that he would require some time to get details of the passed budget, promising to study the budget after which he would comment on the matter.

“I’m aware the budget was laid at plenary on Wednesday and learnt that it has been passed on Thursday but I don’t have the details of the differential in what the President proposed and what was passed.

“I will need to carefully study the final budget passage, so for now, I won’t be able to talk about it but definitely we will react to the issue very shortly”.

Meanwhile, the All Progressives Congress (APC) has commended the National Assembly for the early passage of the 2020 budget.

National Publicity Secretary of the party, Mallam Lanre Issa-Onilu, in a statement described the budget passage as another remarkable milestone by the President Buhari-led APC administration.

According to him, Nigerians would be the ultimate beneficiaries of the early budget passage, as it would guarantee full implementation of many of the economic, infrastructural, social investments and other development programmes contained in the budget.

Beyond the budget passage, it is important for the National Assembly to also monitor the implementation of the budget once it is assented to from January 2020.

The legislative body can do this through oversight work by its committees that should be able to confirm the level of releases of the votes for the Ministries, Departments and Agencies and how they were expended.

It would be expected that instances of non-releases of funds to MDAs is henceforth a thing of the past notwithstanding the fact that the leadership of the National Assembly keeps emphasising the fact that it is on the same page with the Executive. The legislative arm should, therefore, not shy away from its constitutional responsibilities as stipulated in the 1999 constitution as amended. 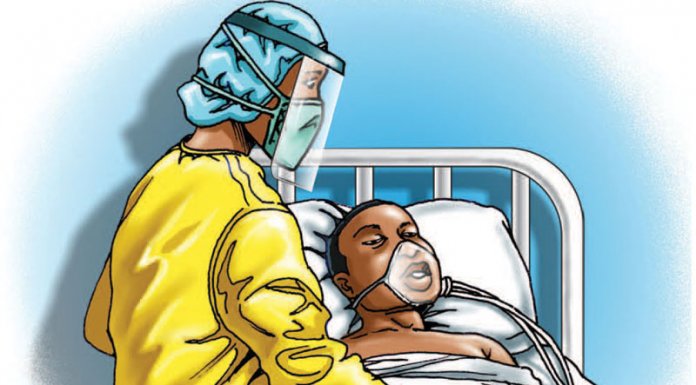