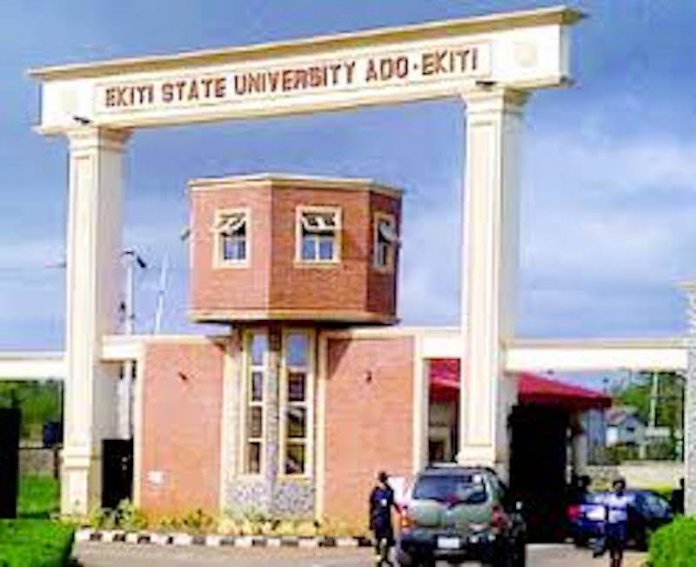 The Ekiti State University, Ado Ekiti, has sacked over 600 workers who were allegedly recruited between 2016 and 2017 when Governor Ayodele Fayose was in the saddle in the state.

The affected workers were also found not to possess the requisite certificates from the primary level, while some were said to be overage and worked above the ages of 65 and 70 for non-academic and academic workers respectively.

Addressing journalists in Ado Ekiti on Thursday, the university’s Vice-Chancellor, Prof. Eddy Olanipekun, said the harsh decision was reached after the council meeting’s consideration on the external audit conducted by a private firm.

Olanipekun revealed that the university will be able to save over N200 million monthly by the time the staff are expunged on the payroll.

According to him, “619 were illegally recruited between 2016 and 2017. Some were overage having clocked 68 or 69 but still working when the statute prescribed 65 for non-academic and 70 for academic staff.

“The workers were employed irregularly against university regulations within the period 2016-2018 thereby causing a major personnel disalignment and skyrocketing of the university wage bill by about 100% within two years.

“228 members of staff could not produce/show evidence of Primary School Leaving Certificate
(3) there were some ghost workers whose names were found on the university pay roll without being on the university nominal role.

“Some members of staff were illegally retained in the university services after having been due to retire. There are other cases of overage staff. Some others lacked the required basic educational qualification.

“Consequently, after due consideration of the issues involved, and the overall best interest of the university in being properly positioned for local relevance and global competitiveness, the Governing Council of Ekiti State University has directed that those who were found to have fallen into the categories above be disengaged of their appointments forthwith in accordance with the university regulations.”