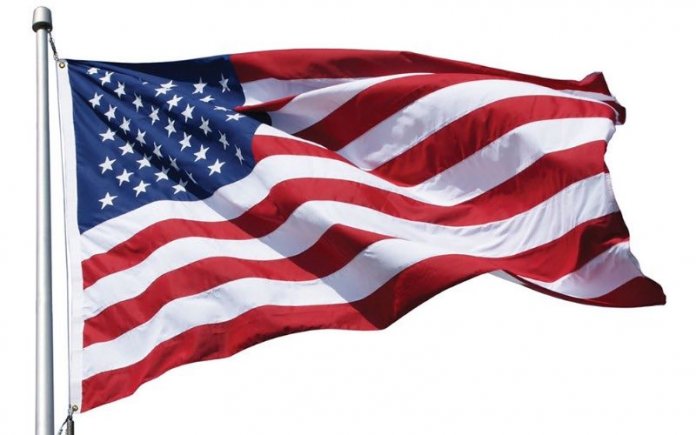 The United States is legally and morally justified in intervening in Hong Kong, writes Sonnie Ekwowusi

Last week President Donald Trump signed two bills passed by U.S Congress into law-The Hong Kong Human Rights and Democracy Act of 2019 and the Protect Hong Kong Act 2019. The former law threatens to impose sanctions on China and Hong Kong officials for continued violation of human rights in Hong Kong; it also urges the U.S State Department to annually review whether Hong Kong enjoys enough autonomy in order to justify its trading with the U.S. The latter law bans the export to the Hong Kong police of crowd-control munitions, such as teargas, pepper spray, rubber bullets and stun guns and so forth. The aforesaid enactments are coming on the heels of the unprecedented pro—democracy protests rocking Hong Kong in the last six months and paralyzing all social-economic political and cultural activities. For six months, thousands upon thousands of Hong Kong pro-democracy protesters, most of whom are young University pro-democracy activists, have been surging out uncontrollably onto the streets and alleyways of Hong Kong and advocating for freedom, civil liberties, universal suffrage in Hong Kong in consonance with the “one country, two systems” framework under which China and Hong Kong ought to have been governed.

· Not surprisingly Beijing is seriously kicking against the enactment of the aforesaid laws. Beijing says the U.S intervention is as undue interference in the “internal affairs” of China-Hong Kong. Therefore Beijing has vowed to initiate some countermeasures which would hurt the U.S.

· Is the U.S intervention in Hong Kong objectively defensible? Already all sorts of conspiracy theories are being propounded purportedly adducing some sinister motives behind the intervention. Some theorists claim that the young pro-democracy protesters in Hong Kong are heavily funded by some U.S. multi-billionaires who want riots ignited in Kong Hong in order to destroy the pre-existing legal order in Hong Kong. It is my humble view that the U.S intervention in Hong Kong is legally and morally defensible. To start with, the first article in the Charter of the United Nations states that the primary objective of the United Nations is maintenance of international peace and security.

But unfortunately ideological differences and varying perceptions of the concept of human right by U.N member states have it difficult for member states to forge a common consensus on issues such as the human rights violation in Hong Kong. The U.S was conceived, born and built on the principle that all men are created equal and endowed by their Creator with certain inalienable rights among which are life, liberty and pursuit of happiness. This is why the country has been on the vanguard of defending freedom and rights of man both in the U.S and abroad.

You may be well aware that since Britain returned Hong Kong to China in 1997, the Chinese authorities have routinely been violating the human rights of the Hong kongers especially their right to personal liberty, freedom of thought, conscience and religion and right to freedom of movement. Apart fron the fact that China has unilaterally breached the policy of one “nation, two systems” under which the territories of China and Hong Kong ought to be governed till 2047, it has erected the most untrimmed repressive Communist regime in Hong Kong. In short, Hong Kong is now a Police territory, a territory that is perpetually under the surveillance of Beijing.

· This has resulted in several pro-civil liberty demonstrations in Hong Kong over the years. This year’s demonstration started in June. Instead of reacting fast and withdrawing the vexed Extradition Bill (which was the main immediate catalyst that sparked off the demonstration) the Hong Kong authorities, backed up by the Chinese repressive government, swooped on the young Hong Kong protesters and arrested, tortured and detained several hundreds of them. I watched U.S Congress Human Rights Commission Hearing on Hong Kong in September.

I agree with US Secretary of State Mike Pompeo that the testimonies of the pro-democracy activists at the Hearing are “consistent with an overwhelming and growing body of evidence that the Chinese Communist Party is committing human rights violations and abuses against individuals in mass detention” in Hong Kong. Young students pro-democracy activists such as Joshua Wong, Sunny Cheung and Sharom Hom reeled out at the Hearing the horrendous human rights violations in Hong Kong including the spraying of pepper by the Police on the wounds of the injured protesters so as to inflict more excruciating pains on them. Sharom Hom narrated the encounter between a 12-year-old protester and the Police. On being arrested by the Police the youngster turned and asked the Police, “Can I call my lawyer?” “Of course not because I want to torture you”, the Police responded.

· So the U.S, in my view, is legally and morally justified in intervening in Hong Kong. China should respect the “one nation, two systems” framework and allow Hong Kong to enjoy a “high degree of autonomy”. It should respect the unique being of the Hong kongers; it should protect the civil liberties and the cultural and philosophical convictions of the Hong Kong people so that peace may return and reign in Hong Kong. As we have seen, the pro-democracy candidates won 17 out of the 18 seats in the Hong Kong’s local elections penultimate Sunday. This shows that the Hong Kongers are

solidly in support of the pro-democracy protest.
·

· All said, the warring parties in the Hong Kong impasse should be brought to a negotiating table in the coming weeks for exploration of the amicable resolution of the impasse. Hong Kong is the economic hub of China as well as a strategic as a trade territory for U.S. There are heavy Chinese and U.S investments in Hong Kong. Therefore both the U.S and China need Hong Kong as much as Hong Kong needs China and the U.S. The U.S intervention occurred at a time both Washington and Beijing were in the ‘final throes” of striking a first trade deal, a priority which President Trump wants to ride on in his 2020 re-election bid. That is why President Trump should do everything possible to enthrone peace in Hong Kong. It is obvious that the ego of President Xi Jinping of China has been bruised by what he considers as unnecessary interference of the U.S. in the internal affairs of Hong Kong. This explains why Beijing is threatening mayhem. Therefore President Trump should cast his own hubris aside and enter into negotiations with China, Hong Kong and the leaders of pro-democracy protesters in order to bring lasting peace to Hong Kong.