Governor Nasir El-Rufai of Kaduna State has said that he had never at any time prevented the Economic and Financial Commission (EFCC) from performing its functions as widely misreported.

The governor in his reaction to widely reported news and comments which misrepresented Justice Binta Nyako’s reaffirmation of an earlier declaratory judgment, said, he rather went to court to clear his name.

In a statement issued by El-Rufai’s counsel, AU Mustapha (SAN), the governor of Kaduna State said that he approached the court in 2009 to clear his name when he was being smeared by the anti-graft agency.

Mustapha reiterated that, ‘at no point did Malam Nasir El-Rufai seek to stop the EFCC from performing its statutory functions. He went to court in 2009 to defend his reputation against an EFCC that was leaking and smearing, not investigating.’’

According to the Senior Advocate of Nigeria, “EFCC sustained a media campaign that N32 billion was missing, compelling Malam El-Rufai to approach the court for a declaratory judgment which has since been given in his favour.’’

The SAN reminded that, it was this declaratory judgment that Justice Nyako reaffirmed in her ruling, reiterating that the declaratory orders in favour of the former Minister of Federal Capital Territory (FCT) subsist.

El-Rufai’s counsel also argued that, a clarification becomes necessary because of ‘’the false and abjectly misleading reportage of the judgment of the Hon. Justice Binta Murtala Nyako of the Federal High Court, Abuja delivered on November 29, 2019.’’

The statement recalled that as Minister of FCT, El-Rufai allocated plots in Abuja to more than 27,000 Nigerians and presided over a transparent process that sold government houses and earned the federal government a whopping N32 billion.

The governor’s counsel recalled that an intensely politicised EFCC had allowed itself to be suborned into smearing people.

He equally argued that, “no decent man would permit slurs on such a stellar record. Therefore, Malam Nasir El-Rufai approached the court and the court agreed with him that there is no missing N32billion proceeds of sale of government houses.’’

“The court also held that the proceeds of the sales of the government houses were properly accounted for and audited. He joined in the action the audit firm, the Central Bank of Nigeria (CBN) and many other agencies, public and private,’’ the statement added.

He recalled that El Rufai had approached the court to determine three cogent issues.

“Whether the Applicant, as the then FCT Minister/Chairman, Federal Capital Development Authority, complied with the guidelines approved by the Federal Executive Council (FEC) for the sale of Federal Government houses in the FCT (SOGH) between May 2005 and May 2007.

‘’Whether the proceeds of the Sale of Federal Government houses in the FCT between May 2005-May 2007 were properly accounted for or not in accordance with the Federal Executive Council mandate and guidelines to the Federal Capital Territory Administration (FCTA).

‘’Whether the sum of N32 billion (or any sum whatsoever) is missing from the proceeds of the Sale of Federal Government Houses in the FCT between May 2005 and May 2007.

Thereafter, Mustapha further said, that El Rufai had sought seven reliefs from the court, which include ‘’a declaration that the sale of federal government houses in the FCT was conducted in accordance with the Federal Executive Council mandate to the FCTA through the Ad-hoc Committee for the sale of non-essential houses in Abuja’

“A declaration that the proceeds of the sale of the said federal government houses conducted by the Ad-hoc Committee on SOGH in Abuja between 2005 and 2007 were properly accounted for in accordance with the mandate and guidelines approved by the FEC;

“A declaration that the proceeds of sale of federal government houses in FCT between May 2005 and May 2007 were properly apportioned and accounted for in accordance with the approved Guidelines as confirmed by the Audit Report of the 12th and 13th respondents, dated 20th July 2007.

“An order of this court directing the 3rd Respondent to disclose the exact amount of money remitted to the 5th respondent as the proceeds of the sale of federal government houses in the FCT between May 2005 and May 2007.

“An order of this Honourable c directing the 5th Respondent to disclose the exact amount received from the 3rd Respondent as the proceeds of the sale of Federal Government houses in the FCT between May 2005 and May 2007.

‘’A declaration that the sum of N32 billion (or any sum whatsoever) from the proceeds of the Sale of Federal Government of Nigeria Houses in FCT between May 2005 and 2007 is not missing.

El Rufai’s counsel reiterated that “the fact remains that the court granted all the reliefs sought by our client, and we are satisfied with that.’’

The statement lamented that’’ some reporters will choose to twist the judge’s statement, made orbiter, that the EFCC could not be prevented from performing its functions, thus making it look as if this suit was about stopping or restraining the EFCC from the performance of its statutory duties.’’

According to the SAN, what has happened is that Malam El-Rufai got justice from the court and protected his reputation against those peddling injurious and malicious falsehood,” he said. 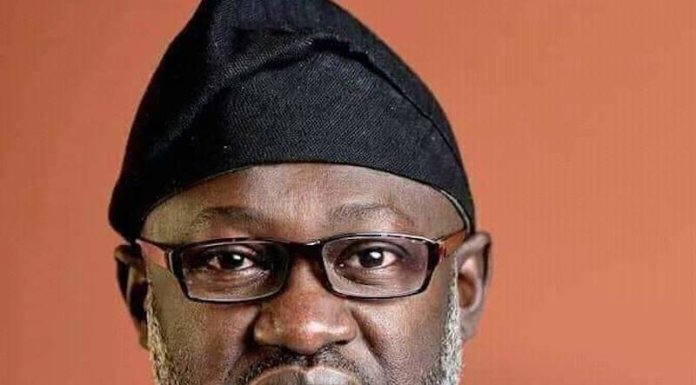