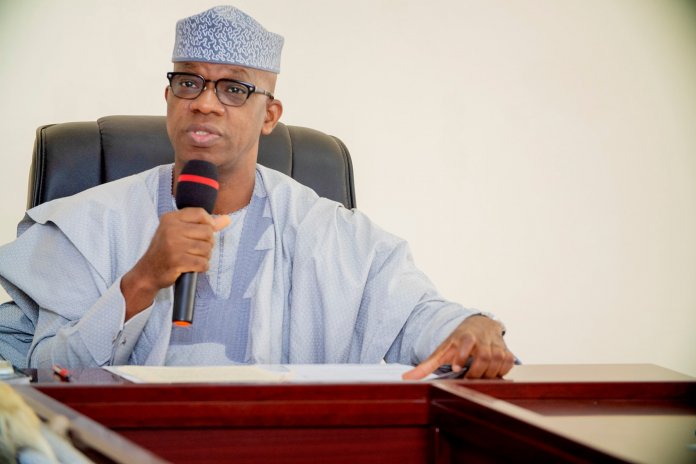 Abiodun, who said in remarks to reports that Ogun had already keyed into the initiative with anchors in rice, maize and cassava production, however, commended President Muhammadu Buhari and the CBN Governor, Godwin Emefiele for the initiative.

“We have latched on to the Anchor Borrowers’ Programme, which is basically a programme that requires that you identify an anchor, who would be the processor of off-taker and then you line up your unemployed youths, who want to be agri-prenuers,” Abiodun stated.

According to him, Ogun State selected the first 10,000 persons in its job portal to benefit from the programme by allocating to them a hectare of land each.

Explaining further, the governor stated that, “And this anchor, who happens to be somebody processing cassava and requires 200 tonnes of cassava daily, has committed to an off-take price, the CBN has provided us with funding to clear the land, the anchor and the CBN are providing us the seedlings to plant.

“We are going to provide the extension service, the CBN would pay them stipends until harvest and we intend to scale this up over the next five months to about 50,00 people. So, it affords us the opportunity to build capacity to employ our people and also achieve food security. Consequently, we are believing that with this, we would see a reduction in criminal tendency.”

“Ogun State has keyed into it and this is our first step in turning Ogun State into the food basket of this nation. We have anchors in cassava, rice and maize production as well. For us, we are very excited and we see it as a way to employ our youths, keep them busy, build capacity and turn them into agri-preneurs.”

However, speaking at the annual Chartered Institute of Bankers’ Annual Dinner, Emefiele noted that the central bank sustained its intervention efforts through its development finance mandate, in order to help catalyse growth in critical sectors of the economy such as agriculture and the manufacturing Sectors.

The CBN governor explained that through programmes such as the ABP, the Commercial Agriculture Credit Scheme and the Bankers Committee Agri-Business/Small and Medium Enterprises Investment Scheme (AGSMEIS), the apex bank has improved access to markets for farmers by facilitating greater partnership with agro-processors and manufacturing firms in the sourcing of raw materials.

“In order to address some of the challenges faced by local farmers and manufacturers, we embarked on measures to discourage smuggling and dumping of restricted items into the country, by imposing restrictions on the use of financial institutions in Nigeria by identified smugglers, as their activities undermined the growth of our local industries. These measures are aiding our efforts to support local cultivation in rice, cotton and fish, etc,” he disclosed.

Furthermore, he pointed out that at some point in Nigeria’s history, the economy was heavily reliant on agriculture, with increased cultivation and exports of primary products such as cocoa, palm oil, cotton and groundnut.

He, therefore, urged the country, in view of current challenges in oil market to return to the era, when the growth of agricultural and manufacturing sectors were used to bring about growth and employment.

The ABP was designed to assist small-scale farmers to increase the production and supply of feedstock to agro-processors with the aim of creating an ecosystem to link out-growers (smallholders) to local processors.

The programme will also increase banks’ financing to the agricultural sector, enhance capacity utilisation of agricultural firms involved in the production of identified commodities as well as the productivity and incomes of farmers.

The anchor borrowers’ programme is also a platform to build capacity of banks in agricultural lending to farmers and entrepreneurs in the value chain, by reducing commodity importation.

It is said to have helped in reducing poverty among smallholders, while assisting rural subsistent farmers to reach commercial production levels.