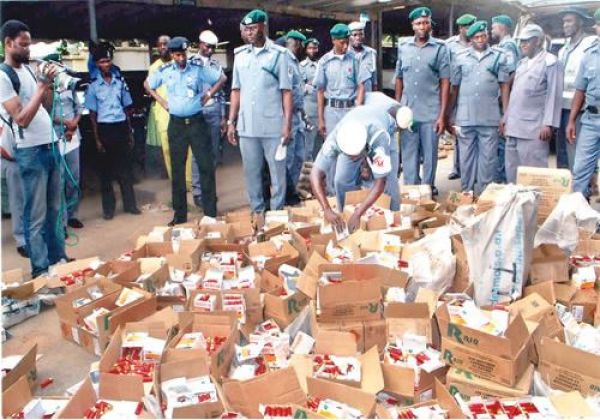 In 1920, the VOLSTEAD act was enacted to ban the sale of alcohol in America. The government assertion was a ban on alcohol will stop excessive alcoholism. In 14 years’ time, when this act was lifted, it had generated a massive industry of smuggling, mafia groups and one of the longest swathe of robbery and killings in America’s history.

When the customs release their glowing statistics, I shudder with righteous indignation. I doubt if the customs are aware of the massive ring of smuggling currently going on at the borders. I still go to markets and see smuggled rice.

It is shocking that smuggling at the borders has tripled, and the recent arrest by the customs, of smugglers with rice in jerry cans is an attestation to the new rings of smuggling. I bet the connivance going on at the borders has never been seen. It is also painful that despite the hawkish stance of customs, some of their officers are still looking the other way. I hear this border closure has become a boom period for them.

The customs can give glowing reports but petrol is still smuggled into neighbouring countries, rice is still brought into Nigeria, through various means, especially at night. I hear motorcycles drive in bags of rice through different routes in the wee hours of the morning. So customs argument of shutting the border is laughable. I would also like to ask:  did they shut down over 500 illegal routes into Benin from Ogun and Oyo States?

The town called Ejigbo in Osun State has a direct link to Abidjan, as they have direct buses plying the Ejigbo-Abidjan route; is the customs monitoring what happens on that axis?

I have always believed that shutting the border has always been a knee-jerk reaction. At first the borders are not secured- no walls-in Trump’s speak. The solution to the problem has always been to support local farmers to produce competitive rice; currently not enough milling machines, and we don’t produce enough paddy. Schemes like FADAMA to shore up production of upland rice are still struggling.

This has always been a balance of trade issue, why we have always imported everything is because the industries never picked up. If DSC and Ajaokuta worked, we would have been producing globally competitive cars by now. If Operation Feed the Nation had worked, we would have been sustainable in rice and some other key crops. In the 60s at the height of the groundnut trade, did any country compete with Kano?

So these knee-jerk reactions are not addressing the problem. Even if the borders are shut till the kingdom come- nothing will happen. What we ought to do is; remove nepotism from the Anchor Borrowers scheme, and let the process be transparent. Set up milling hubs all over the rice belt, give farmers guarantee to buy their rice, despite any circumstances, incentivize crop production and build infrastructure to support easy access from farm to market. These are long term solutions.