Clearly, the potential of these examinations to unravel the rot and corruption that have buffeted the agency for years has caused panic among the parasitic ruling elite. The spectre of being exposed by the auditors for collecting money without executing jobs given them has driven our politicians and their dubious contractors into a frenzy, and they have unwisely picked on Senator Akpabio as their punching bag. Are they not aware that the forensic audit was ordered by the President on the request of the governors of the Niger Delta? Do these people think that Akpabio would have inaugurated the Interim Management Committee (IMC) without the expressed approval of the President? Or is it a case of castigating the Minister just because you don’t want to needle at the President? If you cannot get the President, kill the Minister!

Recently, Hilliard Eta, a chieftain of the APC, launched a brutal criticism of the Minister. It was published in a national newspaper. The major thesis in Eta’s interview is that the IMC of the NDDC should be scrapped, and the Board should be inaugurated to assume duties and oversee the forensic audit. I have no reasons to doubt the genuine intentions of Hilliard Eta. He’s an important stakeholder in our region. I respect his views. But as a vigilant citizen, I have a responsibility to intervene.

First, I should emphasize that the IMC was inaugurated specifically as a short-term management team mandated to create unfettered and comfortable environment for the auditors. Unlike the Board of Directors that was proposed by various senior politicians and interest groups in the region, the IMC is not beholden to any group of persons or political blocs; and because they have a single-minded agenda of getting the audit exercise concluded in a few months, the IMC is not distracted by the usual swamp of contract bazaars and political influences that have been the preoccupation of past managements. The IMC will not be bogged down by contract awards, payments of past obligations and politics of employment. Their job is to provide all files, documents, personnel and indeed the environment needed to get the inquiry concluded. The Board will be inaugurated as soon as the audit is concluded, and their job would be to execute the recommendations of the auditors.

I should remind Hilliard Eta and many other critical stakeholders in our region that as recently as three years ago, the President had approved the appointment of Mrs Ibim Semenitari as a Sole Administrator of the NDDC. She ran the place without a Board for one year. Mrs Semenitari, a fellow journalist, was a Commissioner in Rivers State when Rotimi Chibuike Amaechi was governor. Indeed, her appointment as the Sole Administrator of the agency was facilitated by Amaechi. Hilliard Eta and his tribe did not offer a single word of attack against her appointment. This is why I believe that these noxious politicians and contractors are only vocal now because the new IMC is executing the President’s agenda of overhauling and repositioning the NDDC. They had nothing against Mrs Semenitari because her agenda did not include forensic audit. Her job was not to unravel the locusts that fed fat on our collective patrimony. She had no business exposing the fat cats that took away our future. But the new IMC led by Mrs Joi Nunieh is saddled with the task of cleaning the Augean stable. And now all hell is let lose. Clearly, the guilty are afraid!

I will conclude by emphasizing that this audit and the repositioning of the NDDC is not about Akpabio. Even if Akpabio were not the Minister, the audit would still have been inevitable; and somebody would have done it. The masses of the Niger Delta region are tired of waiting and watching helplessly as their politicians and their contractors continue to commandeer our Commonwealth. The audit must be done. Thank you, Mr President 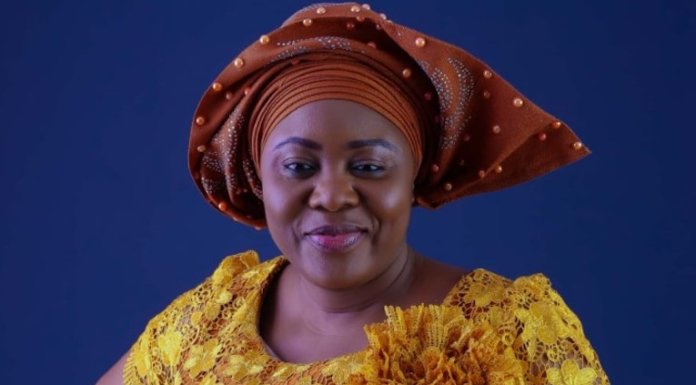