The N10.33 trillion 2020 budget proposal presented by President Muhammadu Buhari to the National Assembly may be passed by the upper legislative chamber on Thursday.

This is with a view to bringing the budget cycle effective 2020 fiscal year to January to December from the current May to April and the passage will be coming less than two months after the budget estimate was presented by the President to a joint session of the National Assembly on October 8.

The Senate is currently working  towards the realisation of the Thursday deadline for budget passage as its committee on Appropriation headed by Senator Barau Jibrin, is expected to present the budget report to the Senate at plenary tomorrow.

THISDAY gathered yesterday that the Appropriation committee even extended its meeting to the weekend so as to meet the deadline of presenting the committee’s budget report by Tuesday. A ranking Senator from the South East and member of the committee who spoke anonymously with THISDAY stressed that Tuesday’s date for the submission of the committee’s report remains sacrosanct “and this informed why we had to meet this weekend to put the report together”.

He also said  the committee will continue  with the meeting today and ensure proper collation and harmonisation of the budget reports submitted to it by the various committees of the Senate in the last one month.

The committee member further stressed that “ don’t forget that shortly after the budget presentation by Mr President and general debate on the general principles of the bill as well as passage for second reading, the Appropriations committee met with Chairmen of the budget sub-committees on what was expected of them during budget defence sessions with Ministries, Departments and Agencies (MDAs).

“We also had a two-day public hearing on the bill where stakeholders including Ministers, workers, students, civil society organisations, among others, were opportune to have input into the budget estimaye after which the committee received reports of budget defence sessions with MDAs from the respective committees now culminating in the harmonisation of the reports which we are doing currently ahead of the presentation of the  report by the committee on Tuesday”, the ranking Senator said. According to him, the Senate President,  Dr Ahmad Lawan, had also reminded the committee of the need to ensure that the budget report is ready for presentation at tomorrow’s plenary, “this we are really aware of and will ensure its realisation.”

THISDAY further learnt that once the budget report is laid tomorrow at Senate plenary, the Appropriation bill after its consideration within two days will pass through third reading after clause by clause consideration by the Senate before final passage hopefully on Thursday.

Lawan had earlier this month hinted  that the National Assembly was working towards the passage of the 2020 Appropriation bill before the end of this month.

The President while presenting the 2020 Appropriation Bill tagged, ‘Budget of Sustaining Growth and Job Creation’, stressed that the federal government expects enhanced real GDP growth of 2.93% in 2020, driven largely by non-oil output, as economic diversification accelerates, and the enabling business environment improves.

While noting that inflation is expected to remain slightly above single digits in 2020 stated that “an aggregate expenditure of N10.33 trillion is proposed for the federal government in 2020. 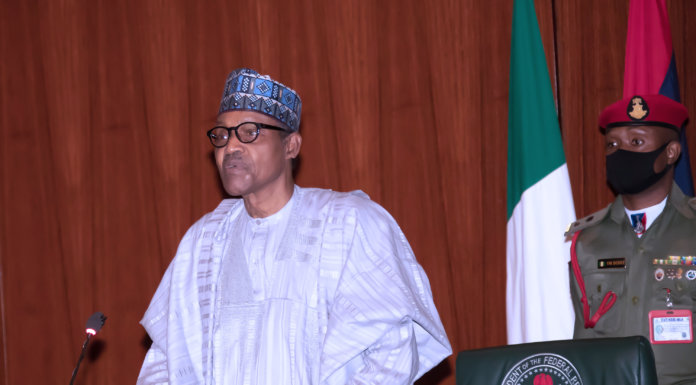