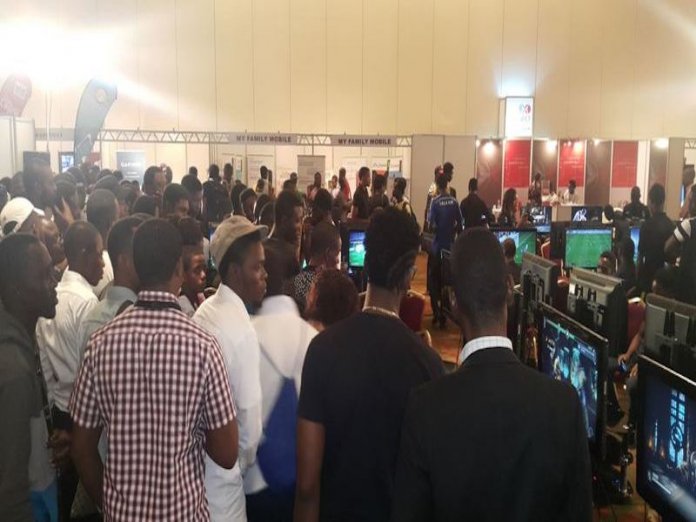 *As Stakeholders call on Nigerians to embrace e-sports

Thirteen winners have emerged from hundreds of athletes that competed in the gaming tournament at the recently concluded Techplus 2019 conference held at Federal Palace Hotel, Lagos.

In the FIFA Soccer gaming category where 32 groups of 128 players played till the final two, Taiwo Adefularin defeated Akintoye Arogunmati to pick the top prize of N200,000. Akintoye went home with N100,000 as runners- up while third place winner, Adedeji Opoola received N50,000.

In the PUBG category where eight players played five games in the room card mode, a player named Sleek emerged number one and went home with N100, 000 being the star prize in this category. Otis Precious who came second won N50,000 while there was a tie in the third position as Kida Burna and Ajayi went home each with N25,000.

Ladi emerged tops in the Fortnite category where 2 groups of 8 players played 10 games each and and he received N100,000 while the second position went to Obinna who received N75,000. Anu who came third got N50,000.

For MK 11 category where 32 players engaged in a knockout format, Ojeaga David Came out tops and won a cash prize of N100,000 while Chukwudi Okoli and Imasi Faruna who came in second and third respectively received N50,000 each.

Earlier in a panel of discussion on e-sport with the theme: Africa, the next frontier for e-sports, discussants decried the disturbing lingering mindset especially among Nigerian parents that gaming is a waste of time.

Bukola Akingbade of Kucheza Gaming, one of the panelists strongly advised parents to introduce their kids early to e-sports.

She explained that with Nigeria’s population doubling in 2050, mobile gaming would soon become a good source of employment and visionary Nigerians should make efforts now that is not too late to cut a piece of the global gaming ‘cake’ that would be worth over $300billion in 2050.

“Nigeria is really lagging behind in this race to create opportunities for e-sport athletes” she stressed.

Commenting on growing e-sport in Nigeria, another panelist, Sidney Esiri of Sidizens Gaming said young people in Nigeria can get involved in the e-sport leagues for high schools and universities and consolidate their positions before moving into higher leagues even as professional e- athletes.

Esiri, also popularly known as Dr Sid, equally pointed out another area that games can be relevant to the country.

He explained that Historical facts about our history and culture can be preserved and projected through various games.

“African can ensure that our story and history are projected in the right perspective in various games we develop, f we make the right investments in this direction.

Over the years, Techplus has gathered great momentum as an authoritative platform of everything technology, providing a robust experience through its conferences, and gaming structures whilst serving as a platform for knowledge sharing and networking for the consumers, e-sport lovers and businesses.