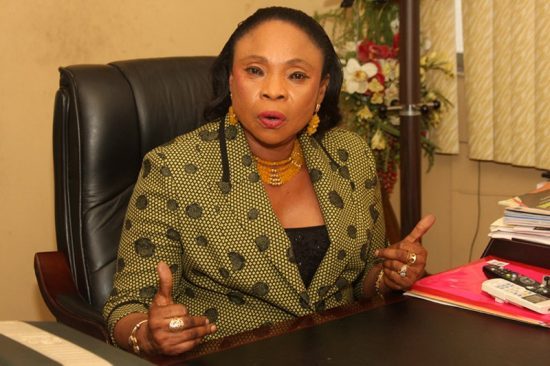 Fresh facts have emerged on the ordeals of Justice Chioma Nwosu-Iheme of the Court of Appeal, Benin Division , who was kidnapped by gunmen kitted in ‘police uniform’ in Benin, Edo State and her police orderly, Inspector A. I. Momoh, killed.

In an exclusive story by the Editor-in-Chief/CEO of The Source, Comfort Obi, the judge in a welcome adulation held by choristers from the Cathedral of The Transfiguration of The Lord, (CATOL), Anglican Communion, Owerri, where she is a parishioner, shared her bleak journey from the abduction to her release.

Kidnapped on October 30, her abductors had kept mute for four days before making any contact with the family, thus allaying fears that she was dead.

Days ran into weeks as the negotiation began with N500 billion and was later brought down to an undisclosed amount of money on the 13th day of her abduction, which secured her release after two weeks in captivity.

But the journey to her freedom didn’t come easy. It was days and days of psychological trauma as she mourned the loss of her police aide, who had served her for 12 long years.

With her abduction, theories were bandied that she was kidnapped because she was presiding over appeal cases emanating from the 2019 general election, thus giving it a political undertone.

Emphasising that her abduction was not planned, she said she was done with her duties in Benin and was on her way to Owerri when the hoodlums struck.

According to her, the journey was a bit smooth until they got to the portion of a bad road, which forced all motorists to slow down.

In the middle of the bad road, the gang, who were kitted in police uniforms and armed with AK47 guns, waved them down with a salute.

Not knowing they were kidnappers and that they already had four persons, including mother and daughter in their captivity, the driver slowed down and was greeted with hails of bullet.

Gathering the five victims in their Hilux getaway vehicle, they asked them to bend down, as they drove them to their hideout unhampered.

Although they treated her with respect, the burden of the death of her orderly weighed her down terribly.

Throughout her stay, she made do with water to keep her strength, even though they offered her different dishes.

At the hideout, they monitored the situation on social media and when they realised the caliber of person they kidnapped, they treated her even better by buying her a new bed.

After her ransom and that of the other victims were paid by their respective families, the kidnappers armed them with N2,000 each and took them to the road with the instruction to find their way.