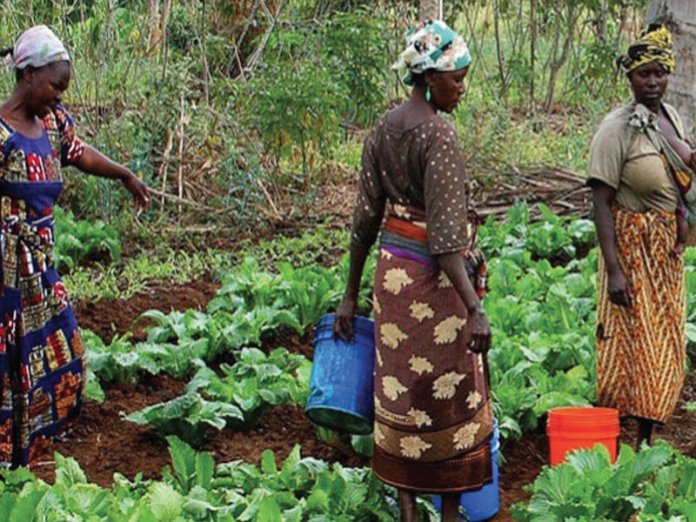 Part of the policy plank of the present administration in Nigeria is to reinvigorate agricultural sector to enable it contribute maximally to the economic growth and development of the country.

This policy idea is borne out of the belief that increased agricultural production would make the country self-sufficient in food and reduce food importation currently put at $22 billion (₦7.92trillion) each year, provides employment for Nigerians, and serve as a source of foreign exchange.

The Agricultural Transformation Agenda (ATA), a vision of the present administration, demonstrates this move. Specifically, its objective is to increase, on a sustainable basis, the income of smallholder farmers and rural entrepreneurs that are engaged in the production, processing, storage and marketing of the selected commodity value chains. It is predicated on the belief that the government will work with key stakeholders to build an agribusiness economy capable of delivering sustained prosperity by meeting domestic food security goals, generating exports, and supporting sustainable income and job growth.

Truly, in Nigeria, agriculture is one of the key sectors of the economy. It provides employment for about 40 per cent of the population just as it serves as source of food and raw materials for the country. Before 1970, this sector was the mainstay of the economy of the country. For instance, between 1960 and 1969, it accounted for an average of 57 per cent of the Gross Domestic Product (GDP) and generated 64.5 per cent of export earnings. But unfortunately, the sector’s contribution began to decline from 1970, when revenues from the petroleum sector began to flow -in in large volume.
From 1970 to late 2000s, the sector’s contribution to the GDP and export earnings steadily declined as emphasis was shifted to the petroleum sector. Over the past five years, the sector has contributed an average of 23.5 per cent to GDP and generated 5.1 per cent of export earnings. What this translates to is that, regrettably, agriculture took a back seat and the petroleum became the main source of foreign exchange for the country. Ever since then the sector has yet to return to its position, paving way for the importation of all manner of food items into the country.

The Nigerian GDP Report for fourth quarter (Q4) and full year of 2018, released by the National Bureau of Statistics (NBS), showed that agricultural sector grew marginally by 2.12 per cent in 2018. It grew by 18.58 per cent year-on-year in nominal terms in Q4 2018, indicating a minuscule increase of 8.45 per cent points from the same quarter of 2017, and 0.26 per cent points increase from third quarter (Q3) of 2018. According to the NBS report, crop production was the major driver of the sector, accounting for 89.84 per cent of nominal agriculture GDP. On an annual basis, agriculture GDP grew by 14.27 per cent, higher than 11.29 per cent registered in 2017.

Indeed, since 2016 (as part of the effort to actualize ATA), the administration has continued to profess agriculture as part of the cardinal plank of its economic policy. But as the figures on the ground have shown, the results have not been encouraging, meaning that the government still needs to take drastic measures to reposition the sector as a key sector in the nation’s economy. While oil remains, agriculture should form part of the ongoing diversification effort of the government to reduce dependence on the petroleum sector. It means that agriculture should contribute meaningfully to the nation’s economic development.

Recently, in Riyadh, Saudi Arabia, President Muhammad Buhari announced to the world that “new investments and reforms in the agricultural sector hold the key to his administration’s quest to lift 100 million Nigerians out of poverty in the next 10 years”. The President, who spoke at a panel discussion at the Future Investment Initiative (FII) conference, resolved to walk-the-talk in a plenary session to discuss “What’s next for Africa? How will investment and trade transform the continent into the next great economic success story?”

He said that the “vigorous implementation of key reforms” in the farming and agriculture sector, including soft loans to farmers, availability and affordability of farming inputs and restrictions on food imports grown locally, as some of the measures that have encouraged agricultural revolution in the country.

Said the President: “We have vast arable land in Nigeria. We have encouraged the young men and able-bodied persons, especially the uneducated ones, to go back to the land. We have encouraged them by giving soft loans to farmers through the Federal Ministry of Agriculture and Rural Development and by making fertilisers available and selling at half the price of the product.”

Interestingly, Nigerians have yet to feel the positive impacts of these measures outlined by the President. With a population of over 200 people, Nigeria is the most populous country in Africa, with an urban population growing at an exponential rate (about 3.5 per cent). So, the government’s objective of achieving food self-sufficiency is a major challenge. This goal is not unrealistic but will require a great deal of effort including commitment and sincerity in policy implementation. Sustaining policy with all sincerity to logical conclusion is required; all the loopholes to should be discovered and addressed.

Vice Chairman of Nigeria Agric-Business Group (NABG), Emmanuel Ijewere, pointed out this recently in an interview when he said that all branches of agro-allied industry are very important because they increase industrial products, provide employment, earn foreign exchange, increase income level and also provide employment to women and provide base for development for backward areas. Cotton is a major raw material for textiles just as sugarcane and vegetable oil industries are based on agricultural raw materials. Therefore, government should encourage the establishment of agro-allied industries across the country. The will serve as encouragement to farmers even as it will spur more investments to agricultural sector.

The government expects that agricultural products from the country will be exported to other parts of the world to earn foreign exchange. This is indeed a good idea but exporting agric-products without adding value to them may not bring much from exports. Adding value to a product means changing its current place, time and from one set of characteristics to other characteristics that are more preferred in the marketplace. For instance, instead of exporting raw cocoa beans, they should be processed by adding value to them before export. This will enhance their export values.

The government should also be mindful of the agriculture products meant for local consumption and exports. The European Union (EU) has banned some Nigeria’s agricultural exports on the ground of lack of the required quality or not meeting the required standards. This is where the Standards Organisation of Nigeria (SON) should come in. The appropriate standards should be ensured before exports. This will also have the effect of adding value to Nigeria’s agricultural products and thereby attract more investment. This also becomes very necessary, now, that Nigeria has signed the African Continental Free Trade Agreement (AfCFTA). AfCFTA will engender fierce competition.

Additionally, government must create an enabling environment for agriculture to thrive in Nigeria. A good environment will boost agriculture productions and attract investment both within and outside the country. The government should promote agricultural development through rehabilitation of feeder roads, which are the major links between the rural communities and the urban centers to promote the effective transportation of farm produce to the urban centers where the harvested farm produce are in high demand. Also, the spate of insecurity in the country should be urgently addressed.

To encourage agriculture in the country, the government may consider re-establishing the Directorate of Food, Roads and Rural Infrastructure (DFRRI), which was established in 1986 to tackle the issue of rural development and rural transformation. The objective of DFRRI was to open up the rural areas for economic activities. There should be link between the rural communities and cities. This will have the effect of encouraging youths to stay in the rural areas for engagement in agricultural production

Funding is still a serious gap in Nigeria’s agricultural sector. Currently, the investment on the sector is still very low when viewed against the backdrop of the optimism being professed by the government. Sometime in 2003, African countries signed the Comprehensive Africa Agricultural Development Programme ( CAADP), setting the goal of investing 10 per cent of their national budgets on agricultural sector in pursuit of a six per cent agricultural growth rate each year. The Food and Agricultural Organisation (FAO) recommends 25 per cent of national budget to the sector. However, budget allocations to the sector in Nigeria, when compared with other sectors, over the years, are still very low. There is a need for proper funding of agriculture for optimal results.

In addition to this, there is the need for provision of credit facilities through agricultural banks among other institutions. However, the loans granted to farmers are repayable but they are being accessed because stringent conditions. The Central Bank of Nigeria (CBN) is already doing this but farmers say the banks are not making credit available to them. Subsidies are a form of credit facilities, which also form part of the assistance given to the farmers by the government as exemplified by what obtains in the EU countries and the United States. This should also be explored.

The organized private sector wants the government to always live by its word. The Lagos Chamber of Commerce and Industry (LCCI) says government statements on agriculture should be “matched with required commitment so that the enormous potentials and opportunities in the Nigerian agricultural sector can be brought to reality,” just as former president of International Fund for Agricultural Development (IFAD), Kanayo Nwanze, said the youth can be encouraged to embrace agriculture if the government makes it attractive as an economic activity and money-making business. Enough of grandiloquence and rhetoric; government should work-the-talk.