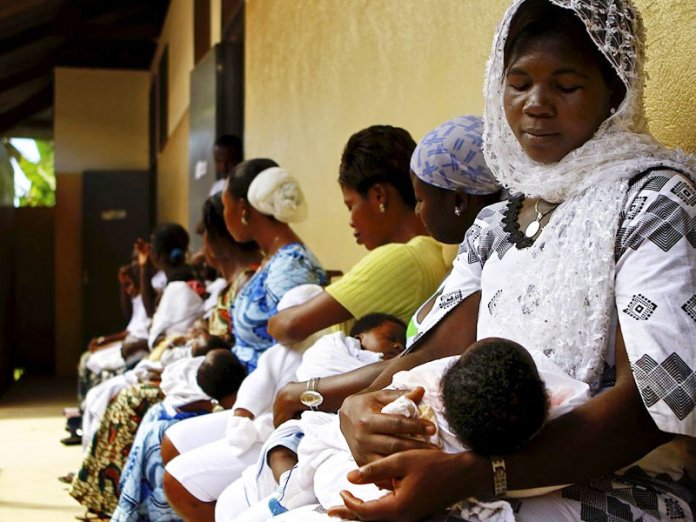 The World Health Organisation maternal mortality indices has continued to increase with Nigeria making a contribution of 23 per cent, the highest in the world. This is mostly through bleeding after birth which can be stopped by oxytocin. Although, its availability is sometimes not in doubt, but its quality calls for concern. Kuni Tyessi writes

Yemi’s delivery had some complications as the baby preferred to lie transverse. This had occurred few days to her delivery and doctors warned that the safer option was to go through cesarean section. A traditional birth attendant, a member of her church had opted to check her after Yemi had narrated the hospital’s advice. She told Yemi that contrary to what doctors had said, it was possible for her to have a vaginal birth, assuring that like the Hebrew women in the Bible, her delivery will be successful. This was not to be as Yemi died two days after being handed over to a nearby hospital and leaving behind a healthy baby and tales of controversies.

She had died from complications resulting to severe bleeding and even though oxytocin had been ceaselessly administered, it was found out to be of low quality.

Oxytocin is a hormone released by the pituitary gland that causes increased contraction of the uterus during labour and stimulates the ejection of milk into the ducts of the breasts. However, in the third stage of labour when the placenta separates from the mother’s uterus and is delivered following the birth of the baby, previous studies have shown that when given to a woman during or immediately after the vaginal birth of her baby, it is effective in reducing excessive bleeding which often leads to death.

This is not peculiar to just Yemi, but has become an everyday occurrence which is not limited to the poor, unschooled, or even child marriages with women who are first timers and so inexperienced in what to expect from healthcare facilities.

The above scenarios are not peculiar to just Yemi and her colleague, but are an everyday occurrence which is not limited to the poor, unschooled, or even child marriages with women who are first timers and so inexperienced in what to expect from healthcare facilities and in Yemi’s case, the TBAs.

At the future of health conference 2019 and with the theme “Time to focus on quality in healthcare: Improving outcomes” which was organised by Nigeria Health Watch, reports indicate that according to the latest 2018 National Demographic and Health Survey (NDHS) data, 67 per cent of pregnant women commenced antenatal visits, while only 56.8 per cent completed four visits.

The most common cause of maternal deaths in Nigeria has been attributed to heavy bleeding post-childbirth due to postpartum haemorrhage (PPH), which accounts for 23 per cent of all maternal deaths, followed by infections following childbirth (sepsis) at 17 and unsafe abortion at 11 per cent.

Chief of party, Promoting the Quality of Medicine (PQM) programme, United States pharmacopeia, Dr. Chimezie Anyakora during the conference seconded the above claims, stating that most cases of maternal mortality is as a result of bleeding after birth. He said while oxytocin is a handy dose with a WHO charter endorsed on it, to curtail bleeding, its poor quality has continued to be a nightmare in the country’s healthcare system.

He emphasised that depending on the manufacturer, oxytocin products should be stored at either controlled room temperature which is often 25°C or less, or in refrigerated storage of 2°- 8°C in order to ensure quality and comply with the labelled storage conditions.

“Death by heamorage should be cut short by at least 75 per cent and oxytocin can curtail this. Medicine quality is an important aspect especially in Nigeria. 95 per cent of oxytocin is of poor quality. Poor quality medicine is a global issue but in Africa, it is acute. Many don’t have a clear route to how medicine are preserved.”

It is pertinent to note that some of the efﬁcacious interventions to tackle these causes are still not reaching women, especially the poor, disadvantaged and most vulnerable. There is a significant gap in the numbers in the North-Eastern region, with maternal deaths at 1, 5 47 per 100, 000 live births, compared to the national average of 560 deaths per 100,000 live births.

“Let’s move from statistics and analysis and move into action. Enough of the rhetorics. Maternal and child health should be priority number one. There should be an annual state of mother and child report as this is bound to attract attention.”

In the drive to achieve the three arms of universal coverage, access, affordability and quality: a greater focus is needed on quality in healthcare in order to improve patient outcomes and experience, ensuring that all patients have access to quality healthcare.

The Chief Medical Director, Lagoon Hospitals, Lagos, Dr. Olujimi Coker, in his analysis of the situation is of the opinion that in as much as quality has to be the bedrock of every health care, what is missing in the Universal Health Coverage is quality, stressing that so much resources is not needed in the provision of quality healthcare.

Stressing that maternal care protection is a good indication of how good a country’s healthcare is, solutions are multi-factorial and the possibility to have a society where no woman has to die is feasible and possible.

“There are cases of medication mismanagement and the misuse of antibiotics with processes which are not properly in place. You don’t need a lot of money to provide quality healthcare.

Quality in maternal healthcare is not yielding improvement in health indices as expected in Nigeria, so it is imperative to consider the standard of healthcare being received.

The availability of electricity for the preservation of oxytocin and other medical equipment, especially in healthcare and storage facilities needs to be improved, and with a reduction in the delays women face in receiving care as well as maximising resources to avoid wastage. After all, pregnancy is not a sickness but a state of being and no woman must die while giving life.