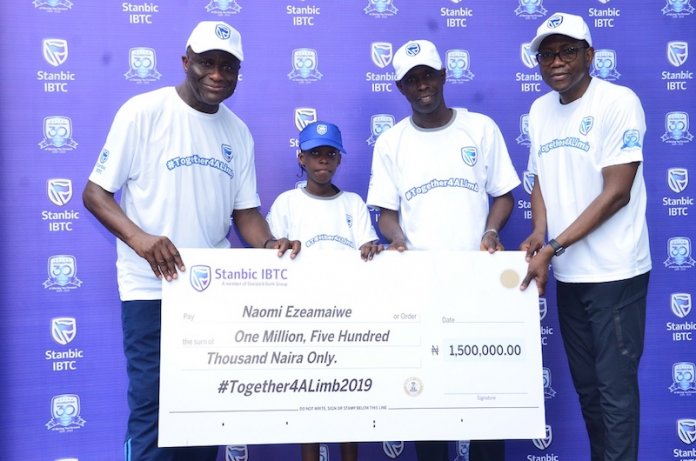 Stanbic IBTC recently held the fifth annual ‘Together4ALimb’, walk aimed at drawing public attention to the plight and challenges faced by children living without limbs. The staff of the organisation were joined by members of their family and other well-wishers.

This year, a total of 10 children got prosthetic limbs and were also awarded an educational trust worth N1.5 million to enable them further their education with ease.
The beneficiary of this year’s prosthetic limbs are Miss Zainab Qudus, 5, from Oyo State, Iyanuoluwa Adekoya, 6, from Ogun State, as well as the trio of Aisha Abdulrahman, 10, Fatima Bishir, 10, and Naomi Ezeamaiwe, 10, from Kaduna, Martina and Delta States, respectively.

Others are Umaima Kabiru and Shamsiyya Adamu, 11, who are both from Kano State, Abdulfatai Abdulazeez 13, from Kwara State, Salamatu Husseini, 13, from Bauchi State and Halimatu Sadiya Musa, 13, from Borno State also got prosthetic limbs under the Together4ALimb initiative.

The Chief Executive, Stanbic IBTC Holdings PLC, Mr. Yinka Sanni who flagged-off the 2019 edition of the walk, identified the Together4ALimb initiative as one of its key projects to assist its communities aside education and economic empowerment, adding that raising the number of beneficiaries to 10, was the highest since the inception of the initiative five years ago.

“At Stanbic IBTC, we focus on three areas to help our communities. We focus on health, education and economic empowerment. Together4ALimb is one of the most important projects which we organise annually,” he said
The Chief Executive, Stanbic IBTC Bank PLC, Dr. Demola Sogunle, said the number of beneficiaries was increased this year in commemoration of the 30th anniversary of the bank.

According to him, “In the past, we had fitted 20 beneficiaries with prosthetic limbs. Since we are celebrating our 30th anniversary this year, we felt that this number should align with the number of beneficiaries. In 2019, we wanted to be sure that we end up with 30 beneficiaries and we have been able to achieve that.”

In his remarks, the Chief Executive Officer of Reddington Hospital Group, Dr. Adeyemi Omobowale, who was special guest at the programme, said the loss of a limb produces a permanent disability that impacts a person’s self-image, care and mobility which ultimately affects their quality of life.
He however commended the Together4ALimb initiative which he said would give the beneficiaries hope to achieve their God-given potentials.

“As we all know, the goal of rehabilitation is to help the individual return to the highest level of function and independence while improving their physical, emotional and social well-being. I therefore commend the Stanbic IBTC team for this initiative to promote the rehabilitation of those who have lost their limbs, by providing them with one of the most effective methods which is the prosthetics; which brings them much closer to living a normal life.

Till date, the Together4ALimb scheme has provided prosthetics for 30 beneficiaries. All recipients under the scheme will have their prosthetic limbs replaced annually until they are 18. Amongst the success stories of the scheme is Happiness Matthew who has successfully written her WASSCE and UTME. She is awaiting admission into Nasarawa State Polytechnic to study Mass Communication. 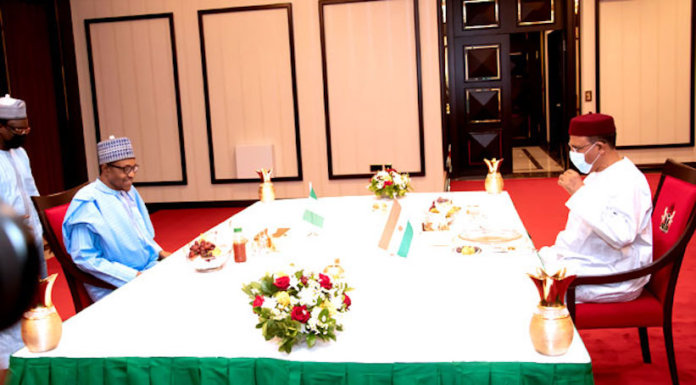