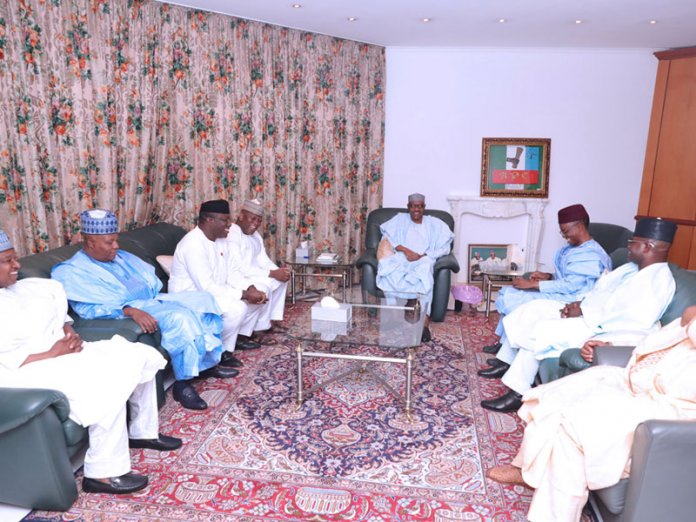 Governors on the platform of the All Progressives Congress (APC), known as Progressives Governors Forum (PGF), will meet with President Muhammadu Buhari on policy synergy next week to strengthen public service delivery.

The Director General of PGF, Mr. Salihu Lukman, in a statement yesterday said the parley would hold in Jos, Plateau State on Monday.

Lukman added that the Ministers of Internal Affairs; Transport; Education; State for Health and Humanitarian Affairs and Disaster Management will make presentations at the parley.

“President Muhammadu Buhari will be the special guest of honour. Participants expected at the parley include 19 progressive governors, principal officers of National Assembly and APC legislators, Ministers of Internal Affairs, Transport, Education, Humanitarian Affairs and Minister of State for Health,” he added.