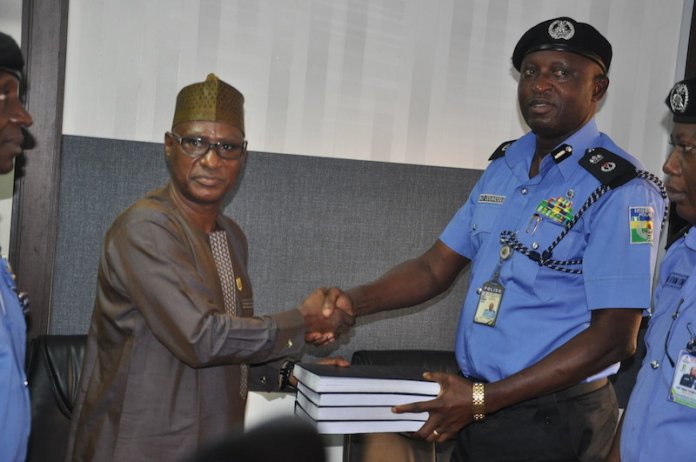 The new Lagos State Commissioner of Police, CP Hakeem Odumosu, Monday pledged to fight crime to a standstill in the state and also protect lives and properties of the residents.

Odumosu, who made this pledge at the official handing and taking over ceremony at the state Police Command Headquarters in Ikeja, took over the helm of the command from Zubairu Muazu, now an Assistant Inspector-General of Police (AIG) in charge of Counter Terrorism.

Also vowing to keep men and officers of the command on their toes, the new CP said: “I want to assure members of the public of my commitment in the fight against crime in Lagos. I am a believer of community policing.

“We are going to involve the citizens in the the war against crime through community policing. We will keep our officers on their toes because I am here to fight crime. I can’t be awake while my officers are sleeping. I won’t take it. My officers must be awake with me.

“We are going to improve on what our predecessors did especially the outgone AIG. I have been in Lagos and I have the wealth of experience. I am going to deplore that residual knowledge to the crime pattern in Lagos and frantically attack it.

“I am coming to the table with measures to improve the security in the state. The strategies are not meant to be disclosed on air, but I just want public to partner us because community policing is the theme and basis of our success.

“They are my officers and we have to work together. It is for them to do what they are paid to do. When I say on their toes, I mean they must work and to ensure that the fundamental human rights are guaranteed.”

Earlier in his valedictory remarks, AIG Muazu called on his men and officers to give Odumosu maximum cooperation as they did to him.

“The fight against crime is not the CP’s business alone. The war is for everybody. You supported me and I want you to do same for him.

“One of the major challenges that is still confronting the command is the issue of cultism. I want you to tackle it headlong. Kidnapping and bank robberies are things of the past.

“I thank my predecessors, especially Retired AIG Kayode Aderanti, CP Fatai Owoseni(Rtd) and CP Edgal Imohimi , whose templates in crime fighting I consolidated and improved on,” he added.