President of the Christian Association of Nigeria (CAN), Reverend Samson Ayokunle, has refuted claim that he prayed for the re-election of Kogi State Governor, Yahaya Bello.

Bello, who is contesting the November 16 governorship poll in the state along with other candidates, was spotted in a photograph holding hands with the CAN president in which they were said to be praying.

Ayokunle, in a statement by the Director, Legal and Public Affairs, Kwamkur Samuel Vondip, said the picture trending in the social media was taken with Bello sometimes in July when he proposed to lay the foundation of the first ever Chapel at the Government House in Lokoja.

The statement explained that CAN was not a partisan organisation and therefore could not have engaged in acts that portrayed it as taking sides.

“We therefore debunk this type of blackmail and warn the people behind it to desist from this type of manipulation because God will hold them liable for this evil one day. This information is totally false and misleading.

“We call on all Christians and indeed well meaning Nigerians to disregard any information purported to emanate from CAN on the forthcoming elections in Kogi and Bayelsa states.

“The leadership of the CAN has taken notice of a picture of the CAN President Rev. Ayokunle, Kogi State CAN Chairman and Governor Bello making the rounds in the social media where it was painted as if the CAN president went to the governor at this period of electioneering campaign to pray for his re-election.

“For the avoidance of doubt, Governor Bello sometimes in July, 2019 proposed to lay the foundation of the first ever Chapel at the Government House so that the Christians in the Government House might have a place of worship just as their Muslim counterparts. The Kogi CAN leadership invited the president of CAN to come and lay the foundation stone of the chapel and this was done to the glory of God, and of course special prayers were held at the function for the government of Kogi State,” the statement explained.

Vondip described those behind the allegation as mischievous and desperate blackmailers out to tarnish the image of the CAN president.

“Let it be known right away that those behind this cheap propaganda are glaringly mischievous individuals who do not mean well for the church and Nigeria. They are people without the fear of God who forgot that God will hold them responsible for every idle/evil word and misleading information they spread about others.

“We wonder when it becomes a sin for the President of CAN to lay the foundation of a chapel and pray for government functionaries!

“For any person to bring up the picture at this critical period of elections and paint it as prayers for the re-election of the governor shows the extent of mischief and desperation by the individuals behind it,” he added. 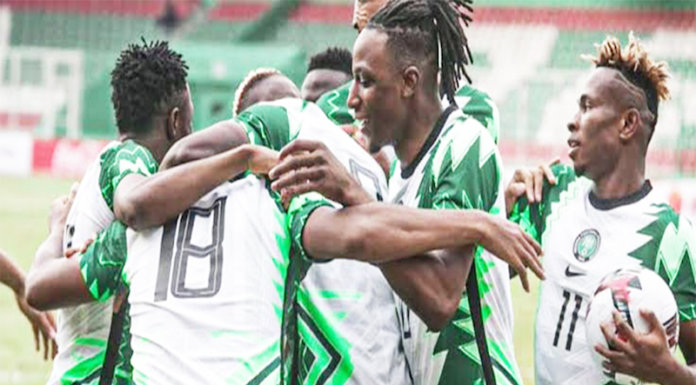