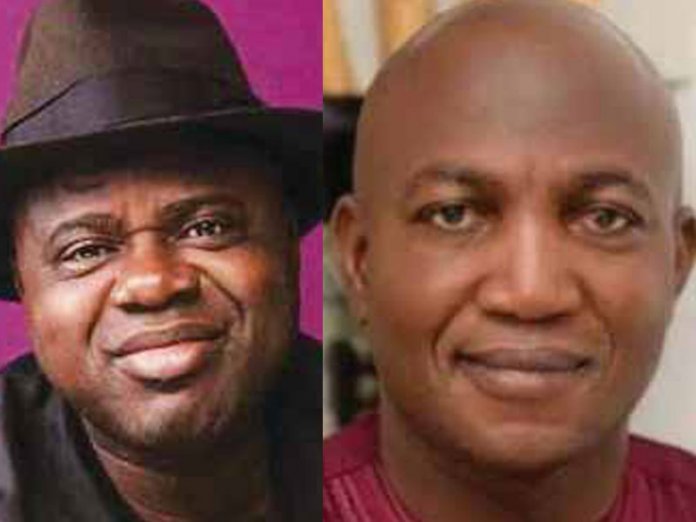 Governorship candidate of the All Progressives Congress (APC) in Bayelsa, David Lyon, has boasted that if elected, his party would clean up the ‘eight-year mess’ created by the Peoples Democratic Party (PDP) in the state.

Lyon, who spoke during a campaign tour of his hometown in Olugbobiri, Olodiama clan ,Ekowe and Oporoma in Southern Ijaw Local Government area of the state, said his administration will ensure the provision of social amenities, promising to pay the Peremabiri Rice farm adequate attention to create employment.

He declared that when he becomes governor, his administration would embark on community-based consultations where the traditional rulers, youths and the women would make their contribution towards developing their areas.

Lyon urged the traditional rulers as custodians of tradition to always exercise their authority in ensuring peace and security, pointing out that in the absence of peace, development cannot take place.

He also promised to look into the issue of the Polytechnic in Ekowe to support the Niger Delta University (NDU) in the development of manpower, stressing that the present administration has failed the people of Bayelsa State.

In Ologbobiri, Lyon commended his people for the show of support and turn out, urging them to replicate same during the November 16 governorship election.

Addressing traditional rulers shortly before he was conferred with a chieftaincy title alongside his running mate, Senator Degi Eremienyo and the APC party chairman, Amos Jonathan, Lyon expressed joy and appreciation for the warm hospitality accorded him and the entourage.

“It is indeed a home coming. Today, I have come to officially inform and present myself to you my royal fathers for your blessings in the forthcoming governorship elections on the 16th of this month” he said.

He added that he had discussions with an oil company to provide electricity to their host communities in the area, stressing that the clearing of the area would commence after the raining season.

Earlier, King Joshua Igbugburu (X), the Ibenanawei of Bomo Clan and Chancellor of the Federal University Lafia, Nassarawa State, stated that a leader who fails to recognise and respect tradition institutions was bound to fail.

The royal father appealed to the visitors to help construct roads connecting the towns in southern Ijaw to ease the pains and suffering of travelling to the various communities.

Lyon was also received on arrival in Oporoma, the headquarters of Southern Ijaw Local Government Area by Amanawei of Oporoma Kingdom, Ogidi-Oki Peter Ayibakuru IV at the chiefs council.

Receiving the delegation, the traditional rulers said the entire local government share similar problems and lamented that Oporoma as an oil bearing town had no roads, hospitals, pipe borne water and electricity.