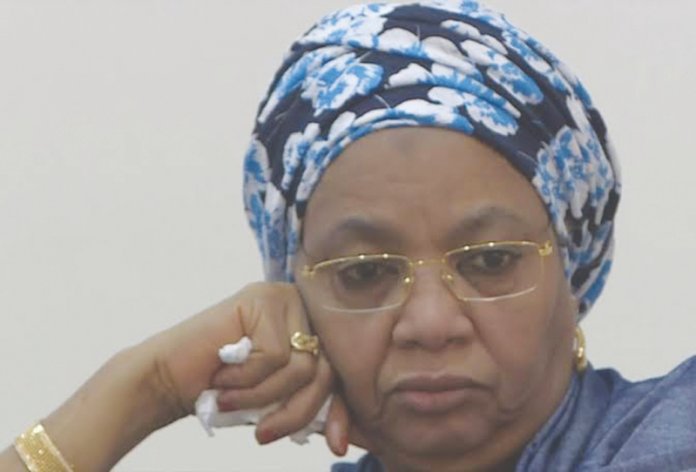 A recent judgment of the Court of Appeal declaring the payment of severance allowances to elected or appointed public office holders, including former governors and their deputies morally wrong, is just what is needed to stop the social injustice. Davidson Iriekpen writes

For many Nigerians, a recent judgment of the Court of Appeal describing the payment of severance allowances to elected or appointed public office holders as morally wrong could not have come at a better than now.
Since the return of democracy in 1999, there’s a feeling that the political class has been reaping the country off with humongous allowances – money that could have been channeled to other better things for the people. So, when the judgment came, it was a great relief.

The court, in a judgment on an appeal marked: CA/A/810/2017 filed by the Kogi State Government, held that the fact that elected public office holders and political appointees were paid huge amounts of money as monthly salaries and other forms of allowances while in office makes it morally wrong for them to demand gratuity or severance allowance for holding such an office for three to eight years as the case may be.

They claimed that the sum of N55.4million was supposed to be to them as total of the various amounts of money due to them as arrears of salaries for 17 months, four years leave bonuses, and severance payment for the end of the tenure of their appointments.

The claimants were Alhaji Nuhu Ahmed (ex-chairman of the commission), M.O Sule, Momoh Azia, Michael Akeji, James Olumorin and George Abogun. They asked the court to compel the state government to pay them the severance package.
Rather than give judgment in the case after taking arguments on the originating summons and preliminary objection raised by the defendants, the presiding judge of the court, Justice R. B. Hastrup, in his decision, ordered parties to file more pleadings. This made the Kogi State government to approach the Court of Appeal.

In their judgment, the three-man panel of the court faulted the payment of severance allowance, pension or gratuity to political office holders and political appointees, insisting that the practice was morally wrong.
Submitting that it amounted to gross social injustice, the court held that it could not be justified in the context of the nation’s present social realities.

In the lead judgment delivered by Justice Emmanuel Agim, he said it was wicked and morally wrong for political office holders and political appointees, who helped themselves to public funds while in office, to claim entitlement to pension and severance allowances.

The judge held that it was unjustifiable for some few politicians, who hold office for not more than eight years, to allocate huge public funds to themselves in the name of pension and severance package while civil servants, who committed most of their active years to the service of the nation are denied their retirement benefits.

Justice Agim submitted that it was wrong for political appointees and elected public office holders, who do not work as long and as hard as the career civil servants to quickly get paid huge severance allowances upon leaving office in addition to the huge wealth they acquired while holding such offices and without having been subjected to any contributory pension schemes.

“I must state here that the claimants’ claim for payment of severance allowance, because the tenure of their appointment has come to an end, is as unfounded as is morally wrong. As I have held that their letters of appointment did not stipulate their entitlement to such payment. They did not produce any law or any document or instrument that entitles them to such payment.

“The fact that elected pubic officeholders and political appointees are paid huge amounts of money as monthly salaries and other forms of allowances, while in office, is common knowledge in Nigeria and is not reasonable to open question.
“It is also common knowledge that many of them after an office tenure of between three to eight years become stupendously wealthy, exhibiting mind-blowing opulence and splendor. Yet, these office holders insist on being paid severance allowance for holding such offices.

“Meanwhile, career civil servants, who have served this country or their states or local governments, all their life, can hardly collect their pensions and gratuity, when retired. They are now being subjected to contributory pension schemes in which they contribute part of their monthly meagre salaries that are always paid in arrears while in service, to be able to earn pension and gratuity upon retirement.

“The political appointees and elected public office holders, who do not work as long and as hard as the career civil servants quickly get paid huge severance allowances upon leaving office in addition to the huge wealth they acquired while holding such offices and without having been subjected to any contributory pension schemes.

“It is not morally right to pay an elected public officer or political appointee pension and gratuity or severance allowance for holding such an office for three to eight years as the case may be. It cannot be justified in the context of our present social realities; it amounts to gross social injustice.” The panel, which had Justices Abubakar Datti Yahaya and Tinuade Akomolafe-Wilson, also agreed with the lead judgment.
The judgment has since been resonating in many quarters with many hailing it and wishing that same injustice could be corrected.

Since 1999, the country has been reaped off through humongous allowances paid to both officials in the executive and legislative arms of government at federal and state levels. At the end of every four years, these officials pay themselves huge allowances without any fear or threat.

While it is never known how much members of executive particularly ministers and others collect as severance allowance, last May, it was reported that members of the eighth National Assembly got N23.678billion as severance package.
Most annoying to many Nigerians are not just the severance allowances out-going governors pay themselves but the bogus pensions they enjoy. Presently, the cost of pension paid by 21 states to some 47 former governors in the last four years has been estimated at over N37 billion.

In a trend that started in Lagos in 2007, practically all former governors except Governor of Anambra State, Mr. Peter Obi, who turned down the idea, had committed their states to write laws that entitle them to lives of luxury outside office as well as opulent burials, when they die.

Huge mansions are also constructed for them at public expense since the law provides for the governor a befitting palace in the state capital or in the nation’s capital, Abuja, while the deputy governor is entitled to an accommodation allowance equal to 300 per cent of his annual basic salary.

In most of the states, after office, a former governor and his spouse would be entitled to free medical services anywhere at a sum ranging from N100 million to N200 million per annum while the deputy governor will pocket N50 million for same purpose.
Both would also be entitled to their current salary for life, which is in excess of N25 million each per annum. In addition, they are also entitled to furniture allowances and brand new cars every four years at the taxpayers’ expense. Their cooks, chauffeurs and security men – people who will further lighten their burden – are also well provided for.

All these are coming at a time when ordinary pensioners, who served for 30 to 35 years in service, in most of these states and at the federal level have not been paid their meagre entitlements regularly for many years.
Most annoying to many Nigerians is that a good number of these ex-governors are either in the Senate, serving as ministers or are occupying other equally high public offices, where they draw huge remunerations, thus raising a serious question about the propriety of the naked rape of the treasury.

Over time, there have been arguments on the propriety of the pensions paid to governors, who only spend four or eight years in office but that is where they end.
Ahead of the 2015 presidential election, President Muhammadu Buhari as the candidate of the All Progressives Congress (APC) had promised to use moral persuasion to compel the governors to amend the provisions of the pension laws on the grounds that they were unsustainable but after four years in office, nothing has been heard on the issue.

Many analysts believe that the Court of Appeal judgment was an opportunity for labour unions and civil society organisations not only to challenge the different laws at the state level empowering former governors to collect huge pensions but other severance allowances both at the federal and state levels, which have led to the plundering of the scarce resources and denying the people infrastructure development and basic facilities.