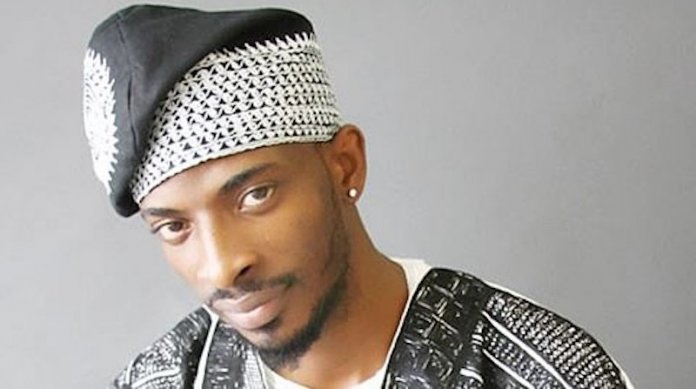 As the festive period approaches, wedding bells have been tolling across the land, disturbing the sleep and pity parties of less lucky bachelors and spinsters who can only watch in envy as wedding procession after wedding procession waltzes past.

Pop musician Abolore Akande, popularly known as 9ice has got in on the act. The dude who became famous with his Gógó A song which enjoyed rave reviews and continuous airplay many months after it was released, is set to walk down the aisle with his umpteenth bride. At least this time, guests will enjoy the privilege of actually seeing the bride in the flesh.

The bride in question is Ajala Olasunkanmi, who is also the mother of Michelle, one of his daughters. 9ice thus joins the list of celebrities who have been getting married to their baby mamas in recent times. Although Ajala isn’t the only woman confirmed or rumored to have mothered children for 9ice, the musician sees something in her that the rest of the women don’t possess.

Close friends confirmed that since the two reconciled after going through a rough patch, they have been inseparable. They go everywhere together in public and it was just a matter of time before they took things to the next level.

Come 30th December 2019 at the Civic Center, Ozumba Mbadiwe Way, Victoria island, their love will finally culminate in plighted vows and not-so-chaste kisses. Customized invitations cards have already flown to the few guests who were lucky enough to be invited by the couple. The event is strictly by invitation and this is made possible through the access card system that ensures gate crashers and party poopers alike won’t have the chance to crash the occasion.

Come D-day, the bride’s friends are expected to storm the venue in expensive French lace and two-toned champagne and blush Aso-Oke while the groom’s men won’t be left out either in their traditional agbada and lace apparels styled by the best fashion designers in town.

What becomes of 9ice’s current wife Adetola Anifalaje whom he married last year is a question only him can answer. Recall that after parting with his first wife Toni Payne several years back, he has been entangled in multiple romances with multiple women with multiple children to show for it.