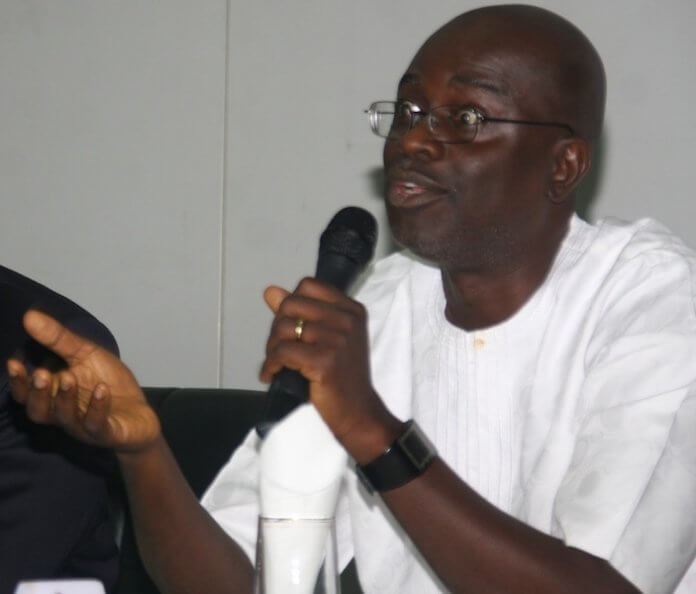 He spoke at a dinner in honour of Mojisola Olatoregun, retired judge of a federal high court in Lagos, citing instances of how people granted bail by the court spend weeks in detention as a result of the bail conditions.

He said there “is an urgent need to address the development.

“In Nigeria, there are several other challenges that our men and women on the bench confront almost on a daily basis. So, I salute all our Judges who are seated here tonight,” he said.

“However, there is an issue that worries me and I want to seize this opportunity to highlight it: The attachment of stringent bail conditions that are most often designed to keep applicants in jail.

“That these conditions apply mostly to those being prosecuted by the government raises questions that touch on the integrity of the bench in Nigeria.

“Across the country today, there are hundreds of people who have been granted bail by court yet languishing in prisons because they cannot meet the attached conditions.

“As I speak, the Publisher of Sahara Reporters, Mr. Omoyele Sowore remains in incarceration, several weeks after he was granted bail by Justice Ijeoma Ojukwu and despite the variation of the terms by another Judge. The challenge is that the conditions attached to both bails are so stringent that many believe they were contrived to keep Sowore in jail.

“The issue of attaching bail conditions that are difficult to meet, especially for offences that are not capital, should indeed be of concerns to critical stakeholders in the justice sector. But let me also state clearly that because bail is a discretionary matter, there are contentions about it in several countries. As one writer has put it, bail is based on two conflicting demands.”

Adeniyi also spoke on how some individuals use stringent bail conditions as an avenue to fleece applicants.

“Early this year in Abuja, someone I know was granted bail by a court but with the usual stringent conditions. It was in the process of trying to meet those conditions that I learnt of a thriving industry within the federal capital territory,” he said.

“There are ‘Bail consultants’ in Maitama and Asokoro districts of Abuja who rake in hundreds of millions of Naira every year by acting as bail bond agents. They ‘lease’ out the title deeds of their property to perfect bail for defendants at scandalous fees. Since their documents are submitted in court all the time, that means these people are well known, or at least they must be.

“Demanding between ten to a hundred million Naira just to stand surety for accused persons is for me very ridiculous but that, I learnt, is now the growing price in Abuja. And with that, several families now contribute to these bail contractors, almost in the same manner they contribute to pay ransom to kidnappers.

“I therefore hope that our courts are not setting these stringent bail conditions to keep some fat cats in business. Besides, commercializing justice through a court procedure by producing professional sureties, who must evidently be known to these courts, cannot be right.

“Yet, I have learnt in recent days that this practice is not restricted to Abuja; it is all over the country. I understand also that there is also an industry around senior civil servants who serve as sureties in court and they collect huge sums of money to provide such ‘professional’ services.”