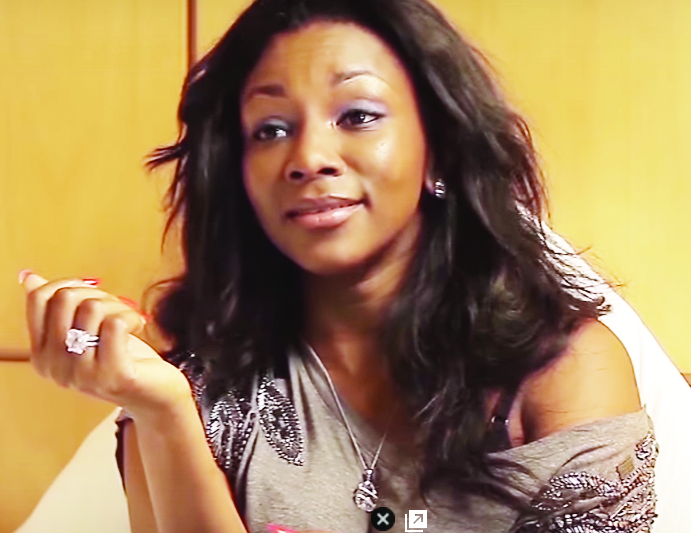 It would have been heart-warming if Ms Genevieve Nnaji had kept sealed lips. It would have been gracious if frazzled selectors had promptly apologised, and speedily assumed responsibility, and offered to resign (or feigned it). It would have been a shocking binge of fresh air if our social media influencers and critics had done a little research before crashing into the current controversy surrounding America’s Oscar Awards’ treatment or maltreatment of our dear lovely Lionheart. It would have been great to see how the supposed second-placed work which is predominantly rendered in an indigenous language would have fared. It would have been uplifting if after five years of “searching” for the right movie to represent Nigeria at the Oscars, we didn’t bungle it.

Now, all we are left with are recriminations, wishful thinking, accusations, hashtags and so much fluff. As usual, we have found a way to pull off the wrappers covering our nakedness in the market place. Wild statements and outlandish declarations are pouring through the freeway of social network commentaries, without regard for accuracy or circumspection. People you assume should know and thus interject with a level of sensitivity, disappoint their reputation, and carelessly drag the industry they claim to cherish down some rungs.

Some critics wondered what sort of “delusion of grandeur” would infect a first-time movie director like Genevieve to believe her maiden work, Lionheart, could win an Oscar! But, why not? Unlike craft that matures through apprenticeship, directorial genie (not exclusive right of a Genevieve) is sometimes inbred… intuitive…and may just strike the threadstone at first attempt.

Actually more than 20 debutantes have won Oscars in its 91 editions, and first time winners have “predominantly” come from the female stock: Gale Sondergaard, the first Best Supporting Actress winner (at the 9th Oscars) with her first flick, “Anthony Adverse” (1936); the first and perhaps only non-professional actor to win Oscar for acting, Harold Russel, did so with 1946’s “The Best Years of Our Lives”… Dr. Haing S. Ngor won an Oscar for his first supporting role in “The Killing Fields” (1984). The list is fairly long, including the 11-year old prodigy, Anna Paquin, in “The Piano” (1994). There is a sprinkling of outstanding first-timers who also stunned the Oscars with their directorial debuts: Delbert Mann (1956) with romantic drama, “Marty”; Jerome Robbins (1962) and Sam Mendes (2000) with “American Beauty”, which also won Best Picture, Actor (Kevin Spacey), Screenplay and Cinematography!

To those who cry “freedom” for Oscar’s “wickedness”, note that the fault is not in the quality and substantial message of Lionheart…it is not so much the fault of the astonished and possibly incensed sensibilities of Ms Nnaji (the film’s director and actor)… the responsibility for that magnificent mishap is buried somewhere in the recesses and processes of the 12-member Nigerian Oscar Selection Committee. It is difficult to dismiss the calibre and intellect of the committee members as a few of them are well-known to me with undisguised regard. So, if the problem is not in their abilities, could it be rooted in their capacity? Commitment in terms of time and resources alloted for quality interactions with rules of the single category they were saddled with, and the sundry submissions that would require undivided attention and familiarity? We understand that the final two works were Lionheart and Mokalik (by Kunle Afolayan), and the later came second in the committee’s wisdom and estimation. Did the selectors believe the power and potency of Lionheart as cinematic representation of Nigeria’s circumstance was so strong that other considerations, especially of “a predominant non-English dialogue track” could be easily sidelined? Or the committee misread the import and sanctity of Oscar’s regulations? Or, as some have opined, the committee was undecided about what exactly constitutes “predominantly non-English”…or that we, the largest wholly black nation on Earth, have a variant that ought to be regarded and accepted as Nigerian English, and can thus be termed “indigenous”?

We know that hindsight makes most critics sound wise and thoughtful, in comparison to activists, who are doomed to take immediate and far-reaching decisions without the privilege of hindsight, and little elbow room for delay. Yet, we wish to enrich our understanding of this Oscar snub, that many Nigerians have aggregated to a national embarrassment and “post-colonial” slap in the face, amidst similar jerry-can noisemaking… by imploring the committee to open up the diverse perspectives that picked one film above another, and any dissenting report (similar to tribunal rulings on election matters). Let us focus on appreciating the complexities of our challenges, and with robust and progressive mindsets, let us engage the process, personalities and perspectives that led to Lionheart. Yet, if it is as simple as assumptions, lack of attention to details, occupational distractions, and such human frailties, then hang them out… the heavens will not fall…. And if they do, we are all victims.

Still smarting from the so-called rejection, some critics have advised Nigerian film makers to bypass the bungling Selection Committee and submit their works directly for other major categories of the Oscars… We can only smile. While it is painful to be so casually rejected on account of our astonishing naivety, or is it carelessness, we must note that the Oscar is essentially an American awards system, for works distributed and promoted in America…in fact, to be eligible either as feature or short films, your work must have been screened to fee-paying audiences in a number of the several theatres within the Los Angeles County! For a number of days…!! So, the tokenism of one category the so-called leader of the filmic universe has condescended to share with the entire world is the ‘International Feature Film Award’. It was changed, only this year, from the  old title, ‘Foreign Language Award’… something steeped in a blatantly segregationist psyche.

The April, 2019 statement of Larry Karaszewski and Diane Weyermann, co-chairs of the International Feature Film Committee, underscores this hegemonic mindset: “We have noted that the reference to ‘Foreign’ is outdated within the global filmmaking community. We believe that International Feature Film better represents this category, and promotes a positive and inclusive view of filmmaking, and the art of film as a universal experience.”

To highlight the fact that the Oscar is a “poster boy” for “Glocal Enterprise” – a time-tested global brand with a local concept…which is to promote the best of America… about 89 entries were submitted from across the world last year; two were rejected, and eventually, nine were shortlisted.

Our pains would be assuaged when our practitioners take pride in home-grown reward systems and artistic festivals…creating buzz and bustle that give clear impression that we own and rule our space… giving strong structural and vertical support and patronage to producers and managers of these umpires of quality production, authentic narrative representation and exploitation of our rich and diverse cultures, traditions and mores.

I have been told that despite Oscar’s right to gate-keep its entry point with preferred instructions, Lionheart optimally ticked all the technical boxes, more than any other works. We can pat ourselves on the backs that certain issues that used to bedevil the industry a couple of decades ago have been substantially overcome… we now shoot better films, create more sensible dialogues, generate more plausible plots, and our acting has remained on the high…then, we must recognise the need to reintegrate our indigenous works and stories into the fabrics of passion-driven technical and cinematic proficiency… Not because we want to be selected for a possible Oscar nomination, or even the ones around us; we must be happy and motivated to tell our stories in a beautiful, superlative, profitable and enduring way.

Who says we cannot have excellent craft, imaginative deliveries, be authentic to our roots, and still make good profit?