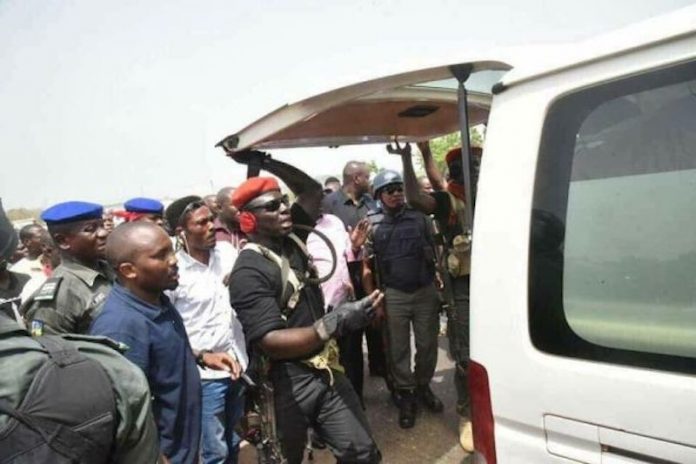 No fewer than 20 persons were Thursday burnt to death in a fatal road accident along Ife-Ibadan Expressway.

The accident, which occurred at about 3.30 p. m. in Ikire, headquarters of Irewole Local Government Area of Osun State, caused traffic congestion on the busy road, forcing motorists to ply other routes.

As at the time of filing this report, officials of the Federal Roads Safety Corps (FRSC) were yet to get to the scene of the accident.

An eyewitness informed THISDAY that three commercial busses coming from Ibadan to Ile-Ife end of the road rammed into two petrol tankers and the vehicles exploded.

THISDAY gathered that all the passengers in the three Toyota hiace buses lost their lives, while the drivers of the tankers narrowly escaped death.

The identities of the victims could not be ascertained as they were burnt beyond recognition.

However, eight of the passengers, who sustained serious injuries, were rushed to the state hospital where they are still receiving medical treatment.

Some hawkers on the road, who witnessed the accident, told THISDAY that the fuel tankers took a wrong way in an attempt to avoid a bad portion on the road.

Efforts by the residents of the area and other road users to put the fire of were futile as at press time.

FRSC Osun State Sector Command could not be reached as at press time.