The Attorney General and Minster of Justice, Mr. Abubakar Malami SAN, said Thursday that the issuance of the Asset Tracing, Recovery and Management Regulations, 2019 was to address the absence of coordination and proper management of seized, forfeited or confiscated assets as well as to ensure transparency in the process of disposal of forfeited assets.
This was contained in a statement issued by the Special Assistant on Media and Public Relations, Office of the Attorney General of the Federation and Minister of Justice, Dr. Umar Gwandu, and made available to newsmen on Thursday.

Malami said the regulation was informed by the need to regulate the procedures for the tracing, recovery, management and disposal of illegally acquired assets as required under various extant legislations.

He also explained that Section 4 of the regulation retained all the powers of law enforcement and anti-corruption agencies in their extant laws as they relate to asset recovery and therefore the issue of taking over the powers of these agencies does not arise.

The 2019 Regulation provides for the oversight of the non-conviction-based forfeiture by the Attorney General as it requires the application of civil procedure in the recovery of specific assets.

In addition, the minister highlighted that Section 3 of the 2019 Regulations recognized the need for agencies to provide details of all seized and forfeited assets to the databank established by the Federal Ministry of Justice while Section 11 of the Regulation addresses the issue of what happens once assets are disposed of.

He explained: “It is clear from the regulation that when the assets are disposed, the funds recovered whether it is recovered from outside or from within the country shall be paid into the Asset Recovery Account in the Central Bank of Nigeria. From the moment it is paid into this account, the Minister of Finance becomes accountable for the management of these funds for the purpose of moving it into the consolidated revenue account and to disburse it as required under the Appropriation Act.

“This is an important improvement from what has been the procedure where agencies maintained multiple accounts after disposing assets.

“It is also important to note that since 2017, the president approved a line item in the Appropriation Act where recovered asset is identified as a source of revenue. No president in the history of Nigeria took this step to understand that all recovered assets belong to all Nigerians and should be properly accounted for.”
The Attorney General added that Nigerians should commend the president for this foresight and his continuing support to all the efforts of all the anti-corruption and law enforcement agencies responsible for the recovery and repatriation of recovered assets.

Another benefit of the regulation, which he pointed out, is that it provides for a disposal process that makes all stakeholders participants in the disposal exercise. For example, he said, Section 10(1) of the Gazette reads: “The Attorney-General of the Federation shall set up a structure for transparent management of all Final Forfeited Assets” comprising of relevant stakeholders.

Agbakoba threw his weight behind Malami, saying the regulation is long overdue to streamline the system.
He said as president of the NBA from 2006 to 2008, he had strenuously canvassed for harmony and effective coordination in the activities of anti-corruption agencies but his advocacy did not get official support.

“It is good news. I am in support of it. As President of the NBA I had canvassed for it long ago. Yes, I said it.
“What we were getting did not show we were serious. This will bring sanity to the system,” he said.
The human rights lawyer added that as the chief law officer of the federation, the AGF has the power to coordinate and set rules for the anti-corruption agencies in line with international best practices.

According to him, the reason he canvassed for harmony and effective coordination in the activities of the anti-corruption agencies was because what Nigerians were getting did not show that the agencies were properly organised.

He stressed that the new regulation does not mean that the AGF would interfere or be involved in the day-to-day running of the agencies.

The former NBA boss stated that the new gazetted regulation would bring order and a clear direction of who is on top.
“He’s the chief law officer of the country and so he’s empowered.

“It does not mean that he would be involved in the day-to-day running of the affairs of the anti-corruption agency but it would be order to the system and show who’s clearly on top.

“In principle, it is a good move and development but how it is going to be put to practice is what I do not know,” he noted.

On his part, Obla commended the AGF on the regulation, saying what he did was long overdue and should have been done long ago by the previous AGFs.

He added that the regulation would help in no small measure to properly account for all recovered assets and bring sanity to the accounting process of assets.

He noted that there hasn’t been proper and effective accounting system of recovered assets in the past, thereby leading to abuse of the process.

“What he did is the proper thing to do. In fact, it is long overdue. It is just that previous attorneys-general failed to do it.”

“There hasn’t been proper accounting system of recovered assets in the past; so, the new regulation would streamline the powers of the agencies,” he stated.

Ebun-Adegboruwa said the regulations made by the AGF were well within the ambit of his statutory powers and responsibilities.

He noted that the aim is to achieve some cohesion between the several agencies in order to avoid inter-agency conflict, witnessed in some instances where they work at cross-purposes.

The human rights lawyer also added that as AGF and the chief law officer of the federation, Malami has oversight responsibilities over some agencies and MDAs under his office and some other agencies related in law enforcement.

He, however canvassed for the separation of the office of the AGF from that of the Minister of Justice to avoid what he called unnecessary distractions such as assets recovery and disposal.

“Constitutionally, the AGF being the chief law officer of the federation, has oversight responsibilities over some agencies and MDAs under his office, which include the EFCC, the ICPC, and some other agencies related in that regard for law enforcement.

“So, he has the power under the constitution and under the various Acts setting up these agencies to regulate their activities for the purpose of streamlining law enforcement and criminal prosecution.

“So, in that regard, the regulations recently made by the AGF is well within the ambit of his statutory powers and responsibilities, and the aim is to achieve some cohesion between these several agencies and to avoid inter-agency conflict, as we have seen in some instances where they work at cross purposes.

“But having said that, I believe that until we get to a time when we have been able to successfully separate the office of the AGF from that of the Minister of Justice, the AGF should by all means avoid matters relating to financial management, especially in terms of recovered assets, which is always subject to controversies in terms of checks and balances.
Adegboruwa advised Malami to be more of law enforcer and chief law adviser of the federation and law officer representing government in several cases in and out of court, than focusing on assets recovery.

“His focus should be more of achievement of a smooth administration of criminal justice in particular because that has a unitary effect on the entire federation.

“I believe that assets recovery may be a distraction because indeed there has been a major concern about what happens to all recovered loots; Abacha loot, loot from people who are convicted, the assets of Yahoo Yahoo people and those who have been convicted.

“So, I believe that it’s a major distraction for that office if the AGF should now more or less get himself enamoured with matters relating to financial management. But no doubt, as it is now, the constitution empowers him to make that regulation,” he stated. 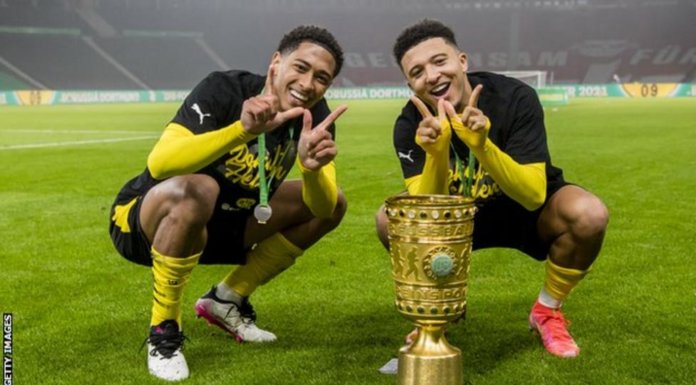