I was in Sochi two weeks ago for the Russia Africa Economic Summit. It was indeed an exhilarating experience for me, please permit me to share my summation here.

Sochi is a a city in the Krasnodar region on the Black Sea. It also has a history of being a location were treaties are signed, as such, it’s significant in the Russian context that the Russian African summit was held there.

The Russian government, having been out of active participation in the African socio-economic and political environment for decades, seeks to return with a bang. Of course, having watched the West and the Chinese from the sidelines all that while, the Russians have been able to study both their activities and came up with a strategy they believe will work in addressing the many lapses mitigating rapid socio-economic development of the African continent. The strategy is to give Africans a platform to ventilate, coordinate and contribute to a funded and studied solution wholly owned by Africans, driven by Russian technology and finance and jointly operated. There’s been suggestions by African governments that the problem with western interventions is that they take too condescendingly long to design and implement the right programmes while the Chinese ones are rife with complex debt structures/burdens accompanied by lack of knowledge transfer as most infrastructure projects are built and operated by the citizens mostly.

Sochi was very coordinated and scientific in approaching African issues. The business programmes and insightful sessions had the right mix of individuals representing countries and industries, while the presence of all African presidents including many of its past leaders and prominent socio-political and economic stakeholders confirmed Africa’s willingness to try new partnerships. What’s more, numerous deals were signed and hopefully soon enough, fruits of this trip will be seen across Africa.

Understandably, the Russians did indeed put in a lot of work in making the event happen so successfully just like they did with the 2014 Winter Olympics. The reason isn’t lost on us; Russia is flexing it’s muscle as a global player and also can see Africa as a bilateral trade partner in goods and services. The advantage here is that any African leader that shows real commitment and is ready for development partnerships now has options to pick and choose from. I believe we are at a point where we can catch up with much of the developed world in little time, looking at the many partnerships platforms/options available to us today. This makes it an imperative for us to get our leadership right.

Any African country with a leader who has a good head on his shoulders will reap immense development rewards from opportunities available in the global market place today. I’ll give an example. My partner’s company, E-Force Group of Companies, have taken up sizable projects in Nigeria including a 150MW power plant, a mini refinery, and a mechanized farming agriculture project. Many of these projects are fully financed by Russian banks who require only bank guarantees or sovereign bank guarantees to back these projects. In terms of power projects, they only require power buy-back guarantees to site power plants and take up power projects anywhere in Africa. Serious governments should engage such opportunities.

Today, there are solutions for every conceivable problem we face in Africa, forward minded leaders aren’t afraid about new partnerships in global trade and investment because with the right team, they can structure development deals that are beneficial to Africa.

As citizens, it is our responsibility to engage our leaders and our democratic system. It goes beyond protests. We can fix our broken electoral and democratic system by active participation. We must understand that until we resolve our leadership challenge, we cannot fully enjoy the benefits of international partnerships or anything else. Engagement comes in many forms and levels; at local, regional and national level. Everyone can contribute wherever he or she is. The last elections has shown that Nigeria, for example, has a long way to go with fixing its democracy. We must strengthen our electoral laws and judicial processes, rid ourselves of the many technical lope holes our politicians and some corrupt judges use to truncate our democracy, one such way is seeking alternative punitive measures from international justice systems. I use myself as an example, I contested in the last gubernatorial election in Akwa Ibom state but was illegally excluded from the election petition tribunal. I have approached the International Criminal Court to seek redress as the Nigerian courts refused to engage me and my party. The positive result of this action hopefully should inspire a new wave of young leaders to engage not just in Akwa Ibom and Nigeria, but across the African political landscape. My hope is that this action inspires African youths to engage politically, and also encourage more censorship and punitive measures from the international community.

I will continue to engage the Nigerian system, build networks across multiple platforms as I seek inclusive development and economic prosperity for my people and nation. I believe we will get there soon enough, so should you.

*Otu, a businessman and politician writes from Uyo 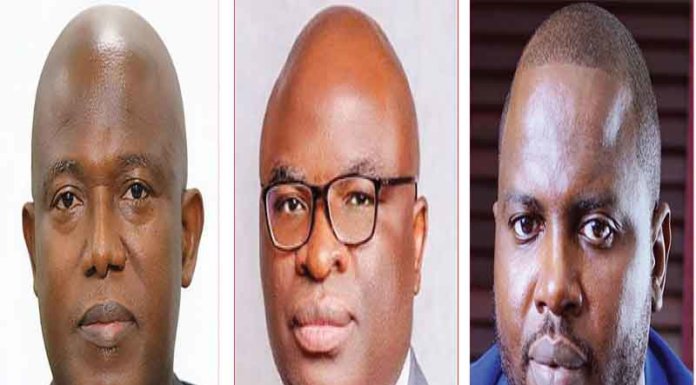