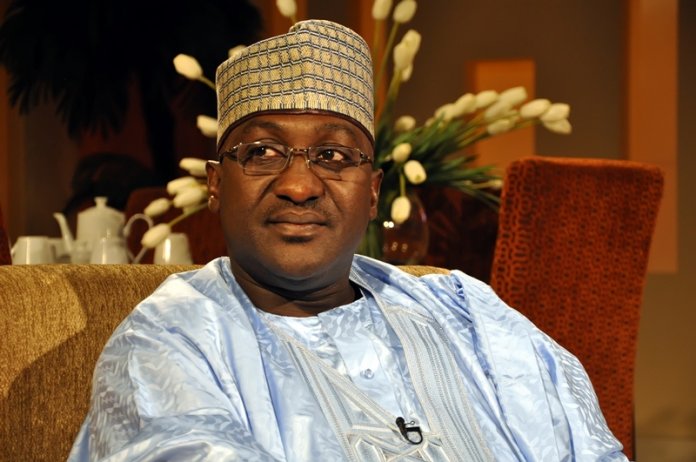 It is time to create a national narrative that inspires, writes Mike Omeri

Nigeria is currently experiencing more than its fair share of the global spate of escalating violence. From terrorism, ethnic conflicts, herders and farmers’ clashes, kidnapping, banditry, transnational crimes and menace of small arms, peace is almost a very distant cousin. Over these years of a seeming endless spectre of violence, the nation counts, not figures of gold but of lost blood, lives and properties. This certainly, is not attractive enough a story to repeat in classes, even as folklore. Indeed, it should not be told of humans.

But the real deal is how society is coping with the new normal where deaths and burials are conducted by youngsters and of youngsters too. Not like in the days of yore. It has become an everyday report and the authorities appear helpless with oft repeated, old and tired messaging in the media, of “fishing out culprit” or, “perpetrators will be brought to book” among others.

While I salute the action of our real gallant men in combat, there are strategic gaps in our communication and the narrative that goes with it. There is despair in the land. I am not to repeat the daily pride of hunger and poverty because these monsters are well known in this area, but of frustration due the unabatingly excruciating security threats that is staring everyone, irrespective of status in the face. The high and masses of society are bearing the brunt of the new invaders who are amorphous. They not only do not choose their victims; they have turned this morbid dissent into a criminal cash cow used to further fund criminality everywhere in the land.

What the nation urgently needs now is to push a new national narrative. A narrative that inspires and creates a sense of national need and solidarity where, the nation, its leaders and citizens will play both active and passive roles in building an alliance towards nationhood. A narrative that will criminalise opportunities that are based on religion, tribe, region or such mundane and hopeless pod of reason to one of emancipation from our trajectory of wrongs inflicted either by ignorance or deliberate primitive poise of “if not I, then no one else.” A narrative to empower our minds and emplace the value of our nation in our hearts with a view to igniting emotional love and attachment to anything positive about Nigeria.

We need to hear or see as the case may be, in our folklores, in movies, music and the arts as well as our sports and diplomacy, something positively different for the collective good. It should be in our justice system, our politics and in our social spaces including our markets and worship centres. It has to be a narrative for national image clean up, that will showcase Nigeria’s numerous international brilliance. It has to be a narrative that would not re-echo what is said about our nation negatively, but how we now want to be addressed; with respect and as a people collectively determined to carve an alluring and inviting generational niche; a world class example of marking the turn-around we need, not for anyone as a matter of fact, but for ourselves.

Our narrative should emphasize our inter-being within the pillars of surviving together. Our visionaries should be practical in thoughts, words and deed, whether in private or in public. Leadership should also learn to listen and promote the civic and orientational value of the nation’s “Nigerianess.” We must confront our evil and challenges together and must not vote leaders who will rule only half the people because they voted for them. Let us vote a Nigerian leader who will truly understand, that he is not ruling the people, but leading a nation, where all have a right to the resources of the land and by this, I mean both human, material and capital resources including infrastructure and opportunities.

Our old narrative is too repetitive of worn out tales. These are the realities of now. Our nation deserves new narratives that will care for the present and live for the future. Anyone alive now should have and share a vision for the future and more so, with the urgency it deserves, noting that it is the future we will not physically see but would have seen in our hearts and minds. It is in these that we make obsolete, that which is failing our today. We must humanise our content and be driven by the power of love; love of self, country and all its gifts and products. For the elites, that was what our parents foresaw by sending us to learn and embrace education and the white man’s ways. Today is the future they foresaw while tomorrow would be the ours we see today.

And just like technology, the owners of that space have not ceased to embark on experiments and innovation. Each time, what comes in is an improvement on the last. From Black and White Television to coloured, from Nokia, T & T, Motorola, Ericson to Techno, Samsung, LG and I-phone, from cars to cars, all of various capabilities where, each new one and model, renders the last obsolete and classic.

In this same space, within the communities and 36 states as well as the FCT, it is possible to emplace a new national narrative to edge the old one obsolete, so we may humanise again and be a people that enjoy dialogue as we join hands even with the adversary, to build a community of courageous people, of peace and a nation where it reigns; a people who would return to each other for the good of public peace and a solidarity like no other, since a great Nigeria is still possible again simply because, we chose to do the right things!