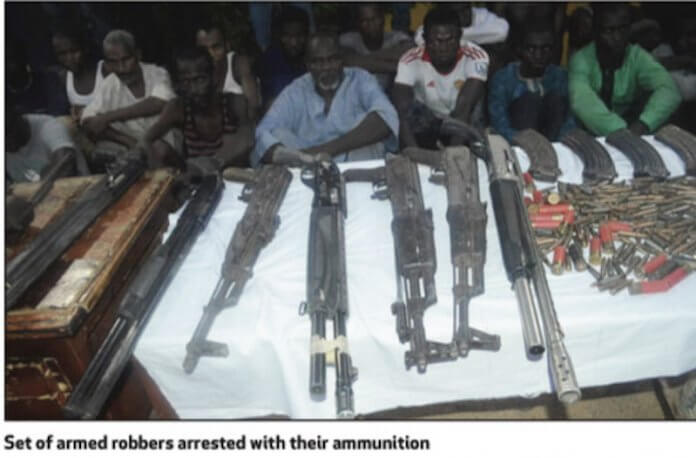 As never before, crime rate in the Kano State has assumed a downward trend, as residents of the city can now roam the streets freely, without any molestation from hoodlums, particularly ‘Yan daba, who have been terrorising the city for quite some time. 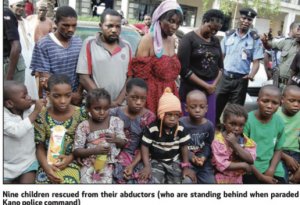 This development followed the introduction of Operation Puff Adder by the Inspector General of Police, Mohammed Adamu, which the Kano State Commissioner of Police, Ahmed Iliyasu, is consistently implementing. Shortly after taking over from his predecessor Mohammdu Wakili about four months ago, he promptly overhauled the security apparatus of the state by introducing the operation.

The crack squad, who are specially trained to promptly respond to emergencies, operate on a 24-hour basis, as they are often noticed criss-crossing the metropolis on a convoy of not less than 20 smart vehicles standby to rapidly respond to any perceived threat to the peace, security and stability of the state.

Following the volatility, as well as the complex commercial status of Kano metropolis, like Lagos, which shares similarities, both mega cities requires, to map out a coordinated security network, by security agencies, so as to effectively tackle the crime rate or any form of criminality, as they unfold.

Kano is a complex mega city, which accommodates people from different tribes and religion from the 36 states of the federation, a situation that makes the state prone to all types of crime. To this extent, the complex nature of the state requires well coordinated security network to tackle crime. Hence, after studying the city on arrival, the commissioner of police applied Operation Puff Adder, which is already yielding results.

A Kano indigene, Mustapha Isyaku, while commenting on the rate of crime in the commercial city said: ”All recent crimes committed in Kano have been uncovered and the perpetrators nabbed by security operatives. For example, those behind the arson, which claimed the lives of three residents in Gayawa have since been arrested, following the operations of the security agencies. Also, three notorious cattle rustlers operating in Kwanar Dangora have since been arrested, while 1000 rustled cows were recovered from them by the police.”

These successes, according to the state Commissioner of Police, Ahmed Iliyasu, are attributable to community policing, which he noted has been the secret of his successful battle against all crimes and criminalities in the state.

In accordance with the Inspector General of Police’s directives on Operation Puff Adder and Community Policing, the Kano State Police Command, under the leadership of Iliyasu has recorded tremendous achievements, with the setting up of fresh community policing, thus engaging the community in all aspects of policing.

Already, with the commitment and determination of the Kano Police Command, on community policing, the gesture has started to pay off, following the arrest of no fewer than 124 suspects before, during and after the recently concluded Independence Day celebrations on October 1.

As a proactive measure to keep criminals at bay, the Kano police commissioner deployed a crack team, with the mandate of patrolling all identified crime spots, so as to flush out all undesirable elements, all of whom he warned to keep off Kano, as there is no hiding place for them.

For Iliyasu, wherever any criminal is hiding within the Kano metropolis, he would be smoked out and charged to court, as there is no more hiding place for them given that his men are daily combing the nooks crannies of the city for mop up operations.

Beside stationing armed police officers, dressed in mufti at strategic locations within the city to monitor pedestrian and vehicular traffic, there are also other undercover security agents saddled with the responsibility of maintaining law and order.

Worried by the resurgence of kidnapping in the state, Iliyasu extended his dragnets to Onitsha in Anambra State, which at the end of the day rescued nine children, who were earlier abducted in Kano but whisked away and sold in Onitsha, during which names of some of the kidnap victims were changed.

The CP said that the suspects were arrested for crimes which included criminal conspiracy, kidnapping, human trafficking, extortion, armed robbery, car theft, and attempted homicide, among others.

He said that on September 12, the command’s team of Puff Adder attached to anti kidnapping squad were detailed and arrested one Paul Owne, 37; Mercy Paul, 38; Emmanuel Igwe, 34; Ebere Ogbodo, 45; Louis Duru, 30; and Monica Oracha, 50; while trying to take one of the kidnapped victim Haruna Bako to Anambra State.

Stating that the victim was kidnapped on September 11 on his way back from Islamiyya School at Yankaba Quarters Kano, he noted that the eight abducted children were rescued in Anambra State from the hands of the buyers.

He said the suspects had confessed to have conspired and kidnapped the children from different areas like Sauna, Kwanar Jaba, Kawo, Hotoro, Yankaba, Dakata quarters all within the metropolis, adding that on September 25. at about 10.00 p.m, a report of organised kidnapping was reported by one Bukar Rabiu of Medile Quarters Kano that his son Abubakar, two years, was kidnapped.

“The command raised a tactical team of operation Puff Adder and arrested one Buhari Na’ali, 22, a neighbour to the complainant in Bauchi State and the victim was rescued.”

He said Na’ali confessed to have conspired with Ibrahim Ahmed, 20 and Mubarak Gidare, 23.

”On September 18, at about 11.00p.m, based on credible information operatives attached to Special Anti Robbery Squad (SARS) while on patrol arrested Abdulkadir Muktar, Mohammed Abubakar, Shu’aibu Mohammed, Musa Isa and three others for conspiracy, armed robbery and snatching of motor vehicle.”

The CP noted that the command had arrested 98 suspected thugs, adding that Abubakar Musa, 30, and Junaidu Ali, 27, were arrested on September 2 at about along Laraban Abasawa Gezawa Local Government for conspiracy, armed robbery and attempt to committee an offence.

He added that investigation was ongoing and upon completion all suspects would be chargeD to court.

Following this feat, the police commissioner further warned all categories of criminals operating in the state to relocate, as the state would no longer be conducive for their criminal activities because they would be caught and charged to court for prosecution.

”All criminals, intending to relocate to Kano for their criminal activities should have a rethink, as security agencies, who are round the clock, will fish them out before carrying out their operation.’So, they should better keep away from Kano, as it is a no go city,” he stressed.

Meanwhile, all the nine children rescued by crack detectives from the Kano State Police Command have since been reunited with their respective parents, during which the commissioner of police cautioned them to be more conscious and effectively monitor the movement of their children.

Meanwhile, the command has since commenced investigation on the arrested kidnap suspects with a view to unmasking all those behind the crime and bring them to book, so as to forestall future occurrence.

Also, the CP is said to be holding daily briefing with his team of crack detectives, toward adopting measures to neutralise kidnappers’ fresh strategies to beat security.

It was also learnt that since his coming as the commissioner of office, there was no any report of kidnapping in the state, whereas during his coming, the Magajin Garin Daura was rescued from his kidnappers in Kano.

Iliyasu also embarked on tour to his formations in the state with a view to have access to locals who are always praying for this successful tenure in the state due to his commitment and concerns to the security of the state.

At Bichi area command, Iliyasu said community policing is the only way out of the current state of Insecurity in Nigeria. He made this disclosure while interacting with the Police Community Relation Committee (PCRC) Bichi area commands comprising Dawakin Tofa, Tofa, Rimin Gado, Bichi and Bagwai.

Reiterating the command’s determination of sustaining the mutual relationship existing between security agents and the general public in order to maintain law and order he said: “our tactical commands, anti kidnapping, Operation Puff Adder, tactical intelligence gathering, public relations unit included and all other police departments have been overhauled and strengthened to work with general public.

Ilyasu, after receiving appointment letter as Grand Patron of PCRC in Kano, the emir of Bichi Alhaji Aminu Ado Bayero promised to give all necessary support and cooperation of his emirate towards the success of community policing, adding that “security

can’t be guaranteed unless communities collaborate with police in giving out reliable information about criminals and criminality within them”.

Speaking earlier, Chairman, Kano state PCRC, Comrade Sale Jilli Rimin Gado called on traditional rulers to observe their duty as it used to be in the past, adding that “we want our village heads and ward heads to be up and doing, especially on the issue of strangers coming to live in their communities. Identify them well and where they come from”.

In an interview after the event, legal adviser of the PCRC Barrister Maimuna implored women to be part and parcel of the organisation in order to improve security within the society.

“We are inviting women to come into PCRC, because women are more security conscious in the society. You know our men go out and leave the environment and only women are around. They are the ones that have access to all those criminals that are coming”.

The Town Hall meeting which was held at Federal Collage of Education Technical Bichi had in attendance retired security personnel, stakeholders in security, traditional rulers PCRC executives from the area commands and general public.

On Governor Ganduje’s side, the effort of the state commissioner of police and other security agencies needs to be commended.

Ganduje in a statement by Mr Abba Anwar, the chief press secretary said: “ Governor Ganduje commends all the security agencies for the role they played in rescuing the kids, while calling on the members of the public to continue cooperating with the security agencies, so as to have a safer and more peaceful Kano. Parents should always be extra vigilant on the movement of their children.”