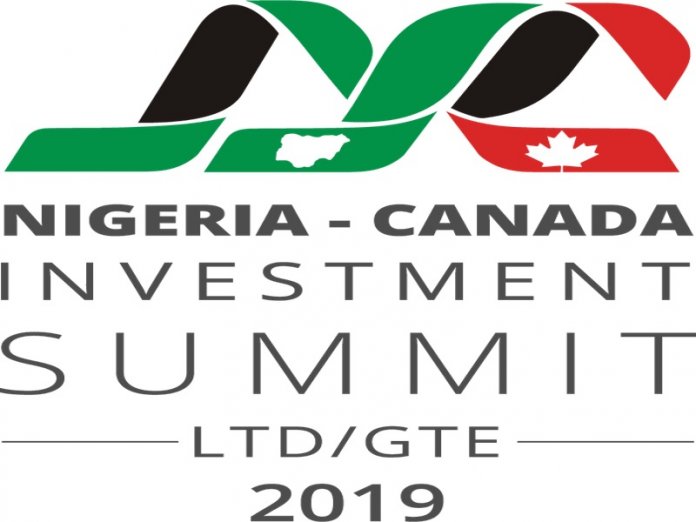 Nigeria and Canada will ratify Foreign Investment Promotion and Protection Agreement (FIPPA) in 2020. Vice President Yemi Osinbajo made this disclosure in Abuja yesterday.

Speaking at the opening of the Nigeria-Canada Investment Summit 2019, Osinbajo who noted that Nigeria and Canada already had a Double Taxation Agreement that came into force in 1999, said Nigeria had a long-standing trade and commerce relationship with Canada with bilateral trade of about $984 million.

He described the summit as an important process in deepening the socio-economic relations between Nigeria and Canada.
He also said the governments of the two countries were aware of their promising relationship.
“There is no question that both of our governments and business communities realise that there is enormous potential in our relationship,” Osinbajo said.

He recalled the promising contacts between Nigeria and Canada since 2018, which he said included the visit of the Governor-General of Canada, Julie Payette, in October last year and the earlier working visit of Marie-Claude Bibeau, Canada’s Minister of International Development and La Francophone and that of Ahmed Hussen. He also said the coming of two royal Canadian ships in Lagos had further made the relations worthwhile.

“And two Royal Canadian Navy Ships, which berthed in Lagos to engage the Nigerian Navy in a Joint Training on Security in the Gulf of Guinea.
“It was the first of its kind in the 108 years of the existence of the Royal Canadian Navy,” he said.

Osinbajo proceeded to highlight available potentials in Nigeria, listing areas of government concentration to include: mining, power, agriculture, housing, education and technology, as “sectors that Nigeria has identified as crucial to the success our economic recovery and growth plan.”
According to him, Nigeria was prepared for a fruitful collaboration with investors with a view to creating an enabling environment for businesses to thrive.

“In mining, our Mining Industry Growth Roadmap lays out the scale of our ambitions in this sector and it goes beyond just extraction and exportation.
“We intend to create a broad spectrum of value-added activities by fully maximising the abundant opportunities for mineral resource beneficiation, exploiting the possibilities in support services and support industries that will be nurtured around core mining activities.

“We are of course, all excited about the prospects evident in the spring fountaine and bullion mart collaboration.
“In the power sector, we believe that investment in renewal energy is bound to benefit from our focus on off grid and mini grid options for delivering power to our huge population and commerce.

“Agriculture and agribusiness also has tremendous prospects. Government believes that the next few years are crucial for our vision of food security and especially self-sufficiency in the production of several food and cash crops. “But the whole agribusiness value chain is open for investment. The sheer size of our market now and in the immediate future and the export potential point inexorably to the importance of investment in this sector.

“Housing is also a crucial area of focus for us. With a housing deficit of about 17 million demand is obvious. Our Family Homes Fund is a special public private sector fund dedicated to our mass low cost housing scheme.

“Solving the off taker constraints also calls for mortgage finance solutions. There is plenty of room for activity.”
The vice president said the next few years would be productive for industry, trade and commerce in Nigeria, notably with the recent signing of the African Continental Free Trade Area (AfCTA), agreement.

He also told the summit that since 2016, Nigeria had risen by an aggregate of 39 places on World Bank’s Ease of Doing Business rankings, promising that Nigeria was prepared for a useful engagement with Canada.

“Both nations enjoy fruitful and mutually beneficial economic friendship and both countries are in the Commonwealth of Nations,” he said.

In his own remarks, the Canadian Director-General of Global Affairs for West and Central Africa, Tarik Khan, described Nigeria “as Canada’s second trading partner in sub-Saharan Africa, and the largest investor into Canada from the region,” adding: “Nigeria is one of our most important partners in sub-Saharan Africa.”

According to him, “as far as our investment is concerned, in 2018, Canadian direct investments in Nigeria were about $500 million.”
Khan also described Nigeria as an attractive market for Canadian goods and services as well as the third largest export market in Africa for Canada.