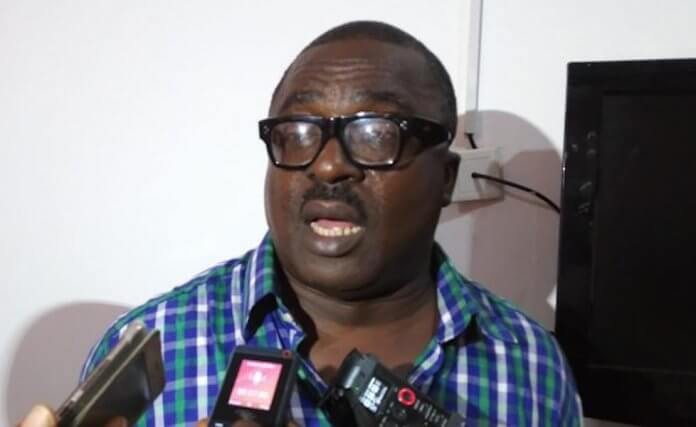 The South-south chapter of the All Progressives Congress (APC) has demanded the return the Niger Delta Development Commission (NDDC) to the Office of the Secretary to the Government of the Federation (SGF) under the presidency.

The  APC’s National Vice Chairman, South-South, Prince Hilliard Eta, made the call in a statement issued yesteday, where he said that the recent crisis in the commission was causing embarrassment to the party in the zone.

But Akpabio, an ex-governor and former Senate Minority Leader has stated that some government officials were frightened by the impending forensic audit of the commission, assuring that as a leader, he was committed to changing the narrative in the commission by enthroning accountability.

Eta urged the President to ensure that the forensic auditing of the NDDC  would commence from the time of water hyacinth contract.

He added, “If there is going to be a forensic audit of NDDC, they should start with the last water hyacinth contract that was done between the office of the Minister of Niger Delta and the office of the Acting Managing Director of NDDC.”

Eta stated categorically that Akpabio was wrong  to have set up an interim management team for the commission against the management team approved by President Muhammadu Buhari.

“Akpabio should not be embarrassing us. The President has set up a governing council and Akpabio would come and set up an interim management committee. It is unacceptable to the stakeholders of the Niger Delta. Anytime the Niger Delta Ministry is being headed by Niger Delta person and the NDDC is under it, they use the NDDC to play personal politics.”

“It is our position that the NDDC should be removed from the Ministry of Niger Delta and brought back to the Office of the Secretary to the Government of the Federation (SGF) under the Presidency where the Niger Delta people can have maximum benefit.”

Meanwhile, in a statement issued yesterday by his ministry, Akpabio alleged that some government  officials were frightened by the impending forensic audit of the NDDC, assuring that as a leader, he was committed to changing the narrative in the commission by enthroning accountability.

Akpabio reaffirmed his commitment to reposition the Niger Delta  region and make it more attractive to foreign investors when a group of  ex- agitators from Akwa Ibom and Cross River States  paid him a courtesy call in Abuja, weekend.

He stressed that he would not be deterred by what he described as a campaign of calumny by some faceless individuals who had benefitted over the years from the commission.

According to him, so much money had been given to the NDDC over the years, regretting that nothing commensurate is on the ground.

He stated that some unnamed people in government were frightened by the impending forensic audit directed by President Buhari, adding that as a leader, he was committed to changing the situation in the commission by promoting accountability.

Acccording to him, the NDDC would open a separate account for contractors, who collected mobilisation money without commencing work to refund monies collected or return to site.

The minister thanked contractors who are back to site, and promised to ensure that all ex-agitators in the Niger Delta region are captured in the Presidential Amnesty Programme and other empowerment programmes.

The present administration, he added, was determined to set a standard by establishing many industrial areas in the region

He called on the youths in the area to consider engaging in variable economic activities by setting up palm oil factories with modern facilities, investing in garment industries and agricultural production for exports through the Post Amnesty Initiative (PAI).

Earlier, the Coordinator of the Akwa-Cross ex-agitators, Bishop Alfred Etuk, appreciated the minister for his leadership qualities which he said, has endeared him to the people.

Etuk described the group as well-coordinated, noting that Akwa Ibom and Cross River State citizens had been sidelined over the years in the scheme of things in the Niger Delta region.

In his remarks, the President of Ijaw Youth Council,  Oweilami Pereotubo who was in attendance, urged the minister to disregard the call in the media by some group of people calling for his sack.