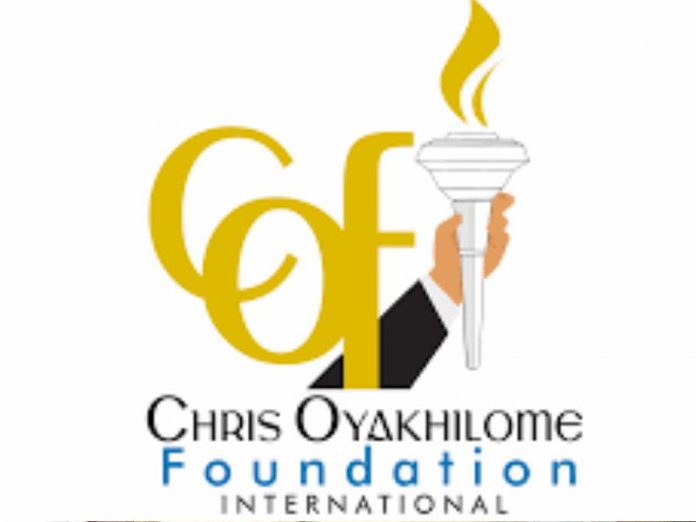 The foundation also built a multi-million Naira school and health care facilities to offer free education and healthcare delivery to vulnerable children and communities affected by conflicts in the state.

The Chairperson of the Association of Widows, Adamawa Chapter, Mrs. Hilda Makonto disclosed this at an interactive session with journalists in Yola, the Adamawa capital saturday.

Makonto noted that the location where the school and health centre was built in Demsa Local Government Area (LGA) “is the area mostly affected by farmers-herdsmen conflict, which destroyed more than 10,000 lives and properties worth millions of Naira.
Makonto said she witnessed the inauguration of the facilities penultimate Thursday, adding that the facilities would be beneficial to children of indigent parents who were either affected by Boko Haram insurgency or farmers-herdsmen conflict.
“Many of us lost our husbands to insurgency and farmers-herdsmen conflict and some children lost both parents living with no one to care for them. But we thank God for sending the Chris Oyakhilome Foundation to care for them.”

“This gesture is divinely oriented because God had heard their lingering cries for help such as this for indigent children to go to a world class schools like this one so as to bridge gap between children of the poor and rich in the country,” she said.
She said the widows “are concerned because their children are major benefactors. We thank Pastor Chris Oyakhilome, Found of COFI for giving children of indigent and vulnerable groups the opportunity to have good education and free medical care at no cost.

In a telephone conversation with THISDAY, Head of Education Programme, Innercity Mission School, Vanessa Nosegbe said the school had already enrolled 120 pupils for the 2019/20 academic session.

Nosegbe added that all 120 children enrolled for its free schooling program in line with the mandate of the foundation are children who are from poor homes and vulnerable groups.

She said: “ We have our process of identification of the children we are looking at, if you look at the community they are impoverished. All the pupils here are indigent children.

“Through the leadership of their communities, we were able to sort out the most vulnerable because of the space we have which can take only 400 children. The education of these children is at no cost to their parents and while in school

they are feed at least a meal a day.”

Commending COFI’s intervention, the Deputy Speaker, Adamawa State House of Assembly, Mr. Pwamwakeno Mackondo said the establishment of the school and health care center “is a blessing to the state.”

He said the facilities were of world class standard while promising to seek the intervention of the state government “to construct good road for easy access to the facility, especially for the convenience of the sick who will require free medical care at the health care facility.”