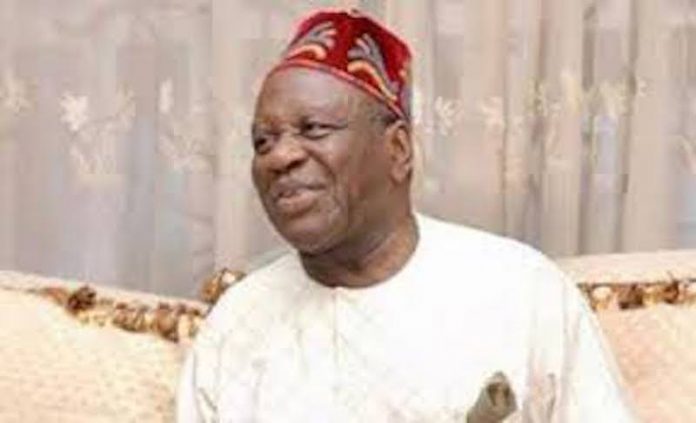 Former Akwa Ibom State Governor, Obong Victor  Attah has said that the many challenges facing the country will not be addressed except it returns to true federalism which will guarantee states the power to control their resources.

Attah who spoke in Enugu during a ceremony held to mark the 20thAnniversary of the Igbo Youth Movement (IYM) said that when states are allowed to manage their resources without undue interference by the centre, it will help in their growth and development.

The former governor who presented a paper titled “How to Make Nigeria Work”, said that the major problem facing the country lies with the system of sharing its resources, as the nation’s resources are not distributed equitably.

”If the various states that exist in the country have control of their resources without consistent interference by the centre, everyone will have a sense of belonging,” he said.

“If  we get the new Nigeria we all seek today, it will be in the interest of everyone of us. This is the more reason why we need to work together to ensure that our dreams are achieved as a country,” he said.

On his part, elder statesman and First Republic Minister, Mbazulike Amaechi, said that Nigeria is a country that is made up of corrupt and criminal elements whose activities have over the years, crippled the country.

He said the activities of those criminal elements are capable of sinking the country if nothing is done.

On the way forward, he said that leaders in the country must meet and objectively look at the country’s past and in a spirit of “give and take”, see where mistakes have been made in the past, as well as pronounce forgiveness where necessary.”

“For there to be permanent peace, the country must meet and renegotiate the basis for the union in fraternal way.“ The Afenifere, Ohanaeze, Niger Delta and Middle Belt organizations along with Southern Nigeria Peoples Union, have all met and been demanding a restructuring of the country,” he said.

He noted that the various organizations cannot compel the powers that be to agree to the demands for restructuring when the present position put in place by their military leaders and handed over to them suits selfish purpose.

Earlier in his address, founder of the IYM, Elliot Uko, said that there is the need to revisit the recommendations of the National Conference and make sure they are implemented so there can be a new Nigeria where every section will have a sense of belonging.

He regretted that since the National Conference was convoked with the view of dealing with the mounting challenges in the country, leaders have not looked into the recommendations which shows their unwillingness to bring the country together.

“What we want is restructuring that will give everyone in the country a sense of belonging.”  With that, sections in the country can developed without feeling any sense of marginalization,” he said.

”We believe in restructuring and are willing to contribute in whatever way to make sure that the dreams of having a Nigeria where all voices will be adequately represented is achieved’,’ he said.